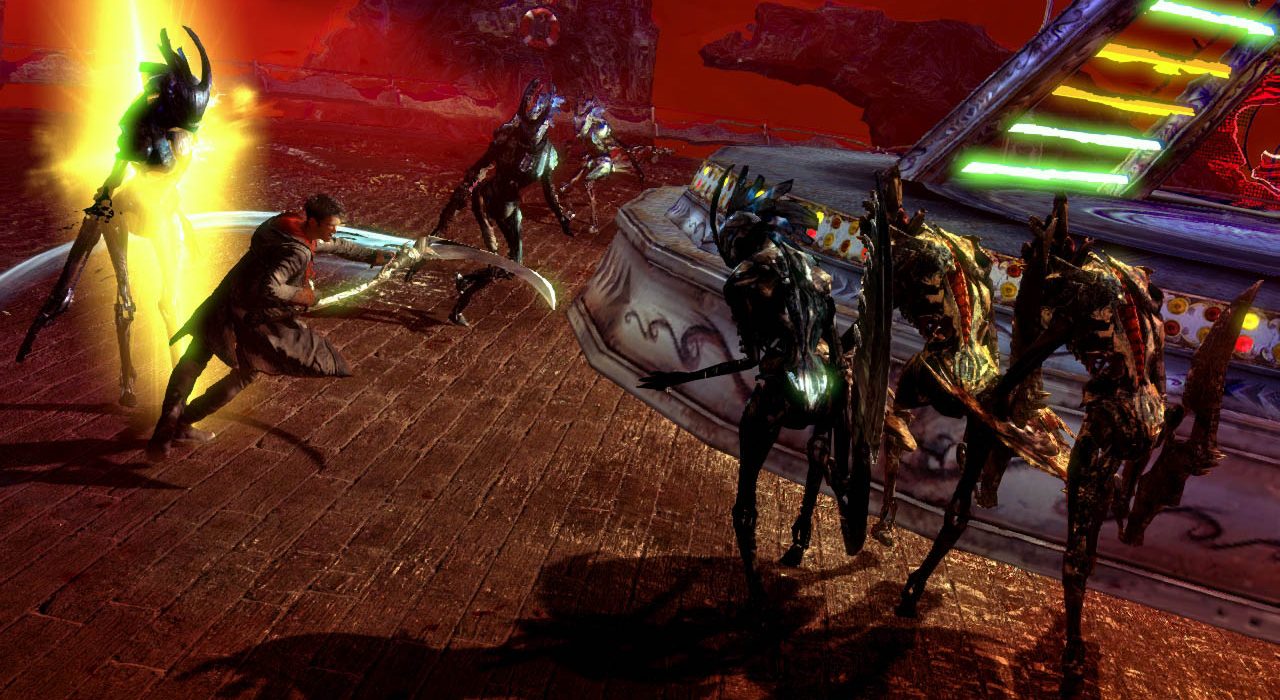 Much has been said about the Devil May Cry reboot. The fan reaction seems to be largely negative; they miss the Japanese design of the past. For an outsider to the series such as myself, this Dark Knight inspired makeover is a vast improvement. The new Dante is a younger, crass, and infinitely more likeable hero. He’s the type who will gladly tell monsters where they can shove their evil intentions, and use every swear word known to man while going about his daily routine. That’s my kind of hero.

When he’s not cursing at demons, Dante uses a range of weapons and abilities to kick ass as violently, and imaginatively, as possible. The hordes of enemies each have their own attacks and weaknesses to exploit. On screen action flows smoothly and looks gruesome, while an engaging soundtrack composed by Noisia and Combichrist plays in the background. Moving around in DmC can be rough, especially during platforming sections that can be clunky and cause frustration, especially when they’re only serving to break up the action and cause Dante to fall to his inevitable death.

Dante’s dual pistols, combos and giant swords are all upgradable to deal more damage and perform even more over-the-top tricks. Rewards come thick and fast, allowing for rapid improvements. Success and diversity earn higher score multipliers and ultimately leads to a better rank at the end of the level. Furthermore, there are countless hidden challenges and collectibles in every stage that’ll take even the most meticulous a good while to discover.

Ninja Theory wants this game played over and over again. Not content with including generous lashings of hidden content, DmC has a multitude of difficulties. While I doubt many will survive the fiendish “Dante must die” setting, there are many others to suit all abilities. DmC will definitely keep players busy.