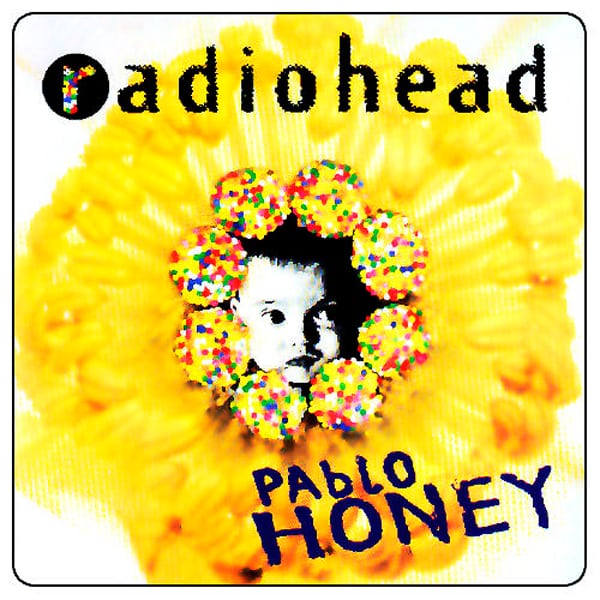 From the vault: Radiohead – Pablo Honey

Over the course of two decades, Radiohead have established themselves amongst the elite of the musical sphere. On their debut album ‘Pablo Honey’, they met with only modest acclaim, but the fundamentals of their future sound were laid. Whilst it was their later albums (namely Kid A and OK Computer) that propelled Radiohead to greater stardom, their roots still drew from the alternative sounds of The Smiths and U2.

With ‘Pablo Honey’, the world was arguably given just another alternative album, another to add to the seemingly endless production line.  However, the album hinted at their potential. It tempted us with the future favourite ‘Creep’ and teased us with the groove of ‘Ripcord’. Dubbed the ‘British Nirvana’, the foundations of their future experimentation were set; as NME put it, they would ‘blossom’ later on.

Though criticised as their weakest album, Pablo Honey was not without its gems. It had a raw simplicity, with the blunt lyrics of ‘Creep’ (‘I want you to notice, when I’m not around’) creating an effortlessly piercing track. The delicately picked notes of the verses were blown apart by Greenwood’s guitar in the chorus, with dead notes and distortion turning a seemingly steady beat into an anthem that punches through to the core. Upon the track’s re-release, ‘Creep’ would become a worldwide hit.

Sincere lyrics mixed with Thom Yorke’s distinctive vocal flair showed Radiohead’s potential from the outset, with his high pitched vocals creating a sensitive sadness that would endure on later albums. Other gems appeared in the form of ‘Stop Whispering’ and ‘Anyone Can Play Guitar’, where another rough guitar sound, paired with a pulsing bassline, had heads bobbing. Through the distortion, it’s almost as if they were scratching at the surface, itching for the sounds they would find on The Bends.The acoustic presence of ‘Thinking About You’ also showed a calmer side to their music and that they were not solely reliant upon their grunge-like production.

Pablo Honey was a rough debut, but on ‘Creep’, the band showed their potential as a future great. The album formed a base from which their future sounds would develop, as well as showing the world that anyone could play guitar, even a group of melancholy students. Twenty years on, Radiohead still owe much to their debut.