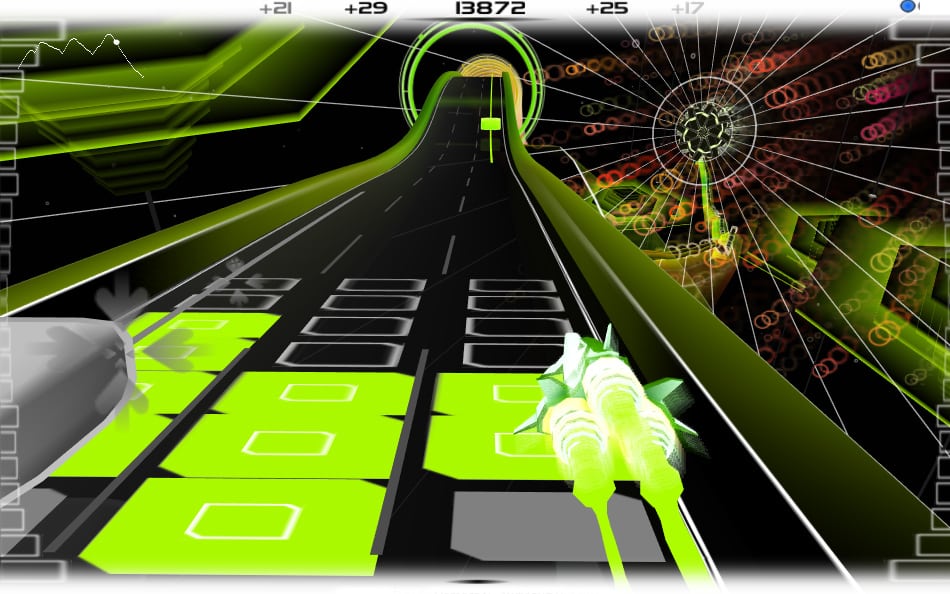 Audiosurf an innovative use of sound in games,

University of Manchester music students have been involved in video game design as part of their degree. The twenty-credit module entitled “Special Option in Composition” allows students to choose between either film music and game audio. I spoke to third year students Emily Mitchell and Jamie Ross about the course and the games they were making.

The aim of the module is for students to learn about making interactive music, and exploring sounds in new and exciting ways.

They showed a project produced by their course leader where you controlled balls of light with the accelerometer in an Android phone, when the balls make contact with spirals different sounds are produced. The sounds made differed depending on the speed the ball was travelling at. While not your traditional goal oriented game, it did show the potential for creating interesting art through interactive sound. I was reminded of the DS game Electroplankton, which encouraged gamers to play with sound using their stylus.

One student planned to make a maze game where you explored the maze without the assistance of visual cues and instead relied only on sound. Emily was producing a game where you had to collect bubbles. Different bubbles made different sounds as you approached them and depending on the sound collecting a bubble could increase or decrease your score. Jamie was creating a game similar to the board game mastermind, where players had to match patterns of sounds in different circles on a map.

I asked them whether a taste of game design would lead them to pursuing a career in game audio, for Jamie it didn’t look likely although he said it was a welcome break from trawling through articles for his dissertation. Emily, on the other hand, told me that she’d certainly consider working in game soundtracks.