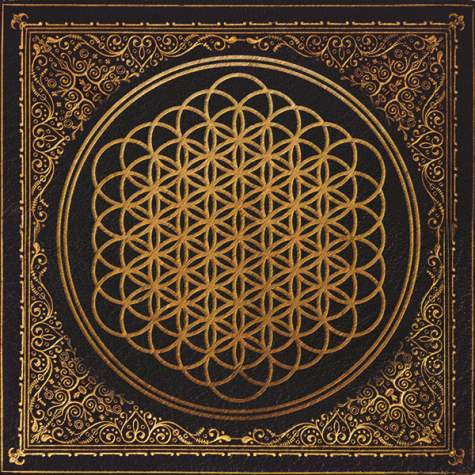 A comparison to Metallica is a step too far.

Album: Bring Me the Horizon – Sempiternal

Bring Me The Horizon started their career as a “marmite” band, you either loved them or hated them. But after the release of 2010’s There Is A Hell, Believe Me I’ve Seen It, There Is A Heaven, Let’s Keep It A Secret, critics began to see the Sheffield metallers in a new light. With the success of that album, RCA Records saw Bring Me as the future of British metal claiming that signing them was like signing Metallica.

The new album’s direction brought line-up changes. Guitarist Jona Weinhofen was kicked out due to personal differences and Jordan Fish was recruited for keys. Single ‘Shadow Moses’ was release just after that news and as a sampler for the new album and definitely showed BMTH mean business on this release.

In the past, many people criticised vocalist Oli Sykes for his vocal and screaming style but this album, ‘Sleepwalking’ and ‘And the snakes…’ in particular, show the progression of his vocal style for the better, mixing clean vocals and screams well.

‘Sleepwalking’ is the best song on the album with a perfect blend of synth and metalcore with a similar style to ‘Crucify Me’ from their previous release; both of which utilised synth breakdowns. Though the album shows a real progression, the immaturity that Bring Me have been known for still remains. ‘Anti-vist’ shows this with immature, yet catchy, lyrics but it really doesn’t gel well with the rest of the album.

Much like Bring Me’s back-catalogue every album has a different sound. Somehow with the electronic and ambient influences, they manage to pull it off with this one as well. The album is a great album though it may take numerous plays to really draw you in and at this stage, likening them to Metallica is a bit premature.