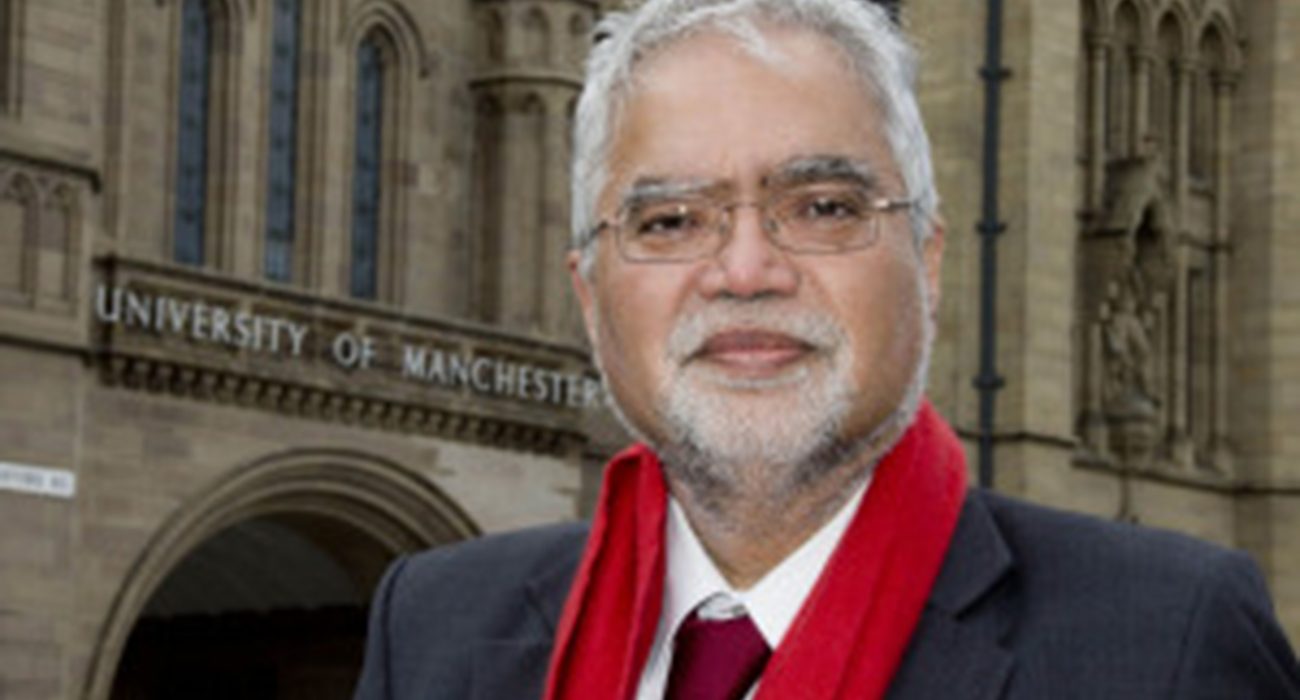 A former United Nations chief and Manchester University Profes­sor, who was the first person to draw attention to the genocide in Dar­fur, says that more needs to be done to help Syria.

Speaking to The Mancunion, Mukesh Kapila, Professor of Global Health and Humanitarian Affairs at the University, said human rights abuses in­cluding rape and gender violence had become widespread in Syria since the civil war broke out in 2011, and drew similarities between the conflict there and the war in Sudan.

“In Syria terrible atrocities have taken place. There has been targeting of civil­ians and shortages of basic amenities like food and water, as there was in Darfur,” explained Prof Kapila in a phone interview.

“What’s different about the cases is that in Darfur the violence was of an ethnic nature. Black African tribes were attacked by Arab supremacists from Khartoum in a genocide or ethnic cleansing. In Syria there have been war crimes, and crimes against humanity have taken place; but I wouldn’t say they amount to genocide. Violence has been targeted against those who disagree with President, not against people based on ethnic, racial, or religious grounds. The other big difference is that President Omar Al-Ba­shir has been end cited for war crimes by the international criminal court”

With a background in public health, Prof Kapila was formerly head of the UN in Sudan and is a veteran of humanitarian crises and ethnic cleansing in Iraq, Rwanda, Srebrenica, Afghanistan, and Sierra Leone.

The UN estimates that as many as 70,000 thousand Syrians have been killed since the conflict erupted there in 2011; with Secretary Ban Ki Moon warning that as the international community stands idly by, the country is “tearing itself apart.”

“There have been efforts to take Assad to the international criminal court, but the Security Council is hopelessly divided,” explains Prof Kapila. “There is plenty of intervention in Syria, but it is of the wrong sort, and has led to further conflict. The Arab World: Saudi Arabia and Qatar, along with Western powers are intervening for the rebels, while Iran and Russia are intervening for the government.”

I ask if there is a danger of Syria becoming a failed state if the violence continues.

He says: “Syria is already a failed state. Where four million people are liv­ing as refugees and there are bombings every day, it must be a failed state.”

Prof Kapila argues that the interventions in Iraq and Libya, as well as short-term foreign policy goals from major government have served to spread mistrust on the Security Council leading to its current inaction.

His new book ‘Against a Tide of Evil: How One Man Became the Whistle­blower to the First Mass Murder of the Twenty-First Century’ aims to tell future generations of his experiences covering the mass murders and hu­manitarian crises in Sudan, Rwanda, Srebrenica and elsewhere.

I ask him if the current inaction over Syria shows that the international community have learnt little from those events?

“My intention writing the book was that we might learn the lesson of what happens when we don’t intervene early enough, and when what hap­pens when we fail to intervene. Perhaps two years ago a more purposeful intervention by the Security Council might have led to a situation where we could have found an answer. But now with 1 million people displaced, and 70,0000 plus killed, we are in a very different state of the world. I feel that as an International community our ability to learn lessons is very lim­ited, or we learn the wrong lessons.”