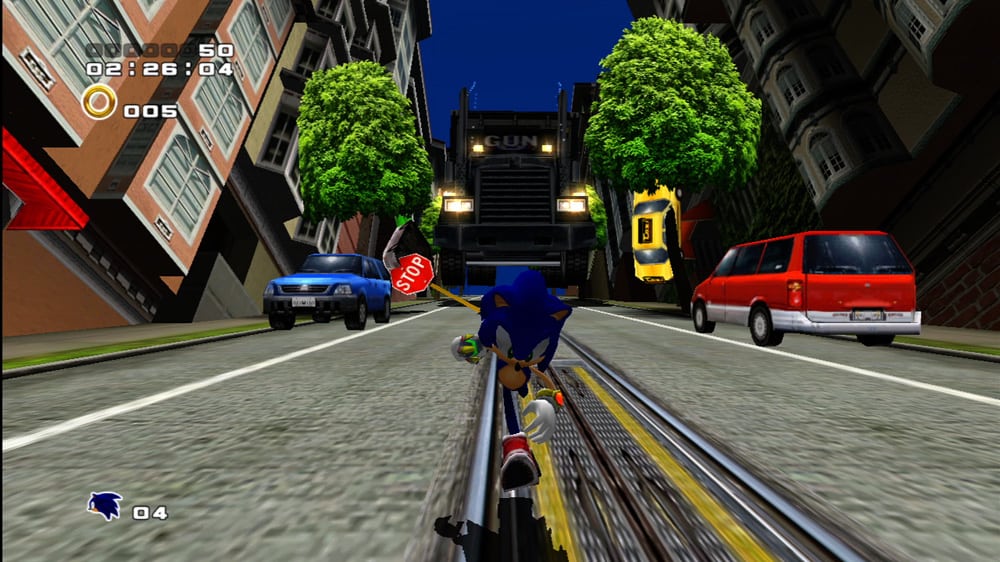 Before hating 3D Sonic games was cool, there was Sonic Adventure 2. First appearing on Dreamcast, then Gamecube and later even on the XBL Marketplace and PSN Store, SA2 has been around for over 12 years. The game was from a time before length of the game was sacrificed for the bigger budget, shorter single player modes came into fashion and came with days worth of missions, side missions and other activities.

The main game told a surprisingly detailed story (for a Sonic game) from both the ‘hero’ and ‘dark’ perspectives. No guesses for working out which sides Sonic and Dr Robotnik (pardon me, “Eggman”) were on. It also introduced a handful of new characters, one of which being Shadow the Hedgehog. Shadow divided fans into those that hated him and those that loved him, although the latter group may well just contain myself. His ill-fated spin-off game did little to convert any of the haters. After beating both sides of the story, a secret “Last” section opens up in which all the characters band together in a race to save the planet. This featured one of the hardest Sonic bosses of all-time, and a Super Sonic/Super Shadow finale set to an excellent Crush 40 soundtrack.

By far, the most time I spent with the game was raising the adorable tamagotchi-type creatures known as Chao’s (see what they did there?). These little guys could be trained, customised and used to compete in several levels of race and sports events. They could even go to school for the day, often coming back with adorable new tricks such as trying to play a trumpet. Depending on which character you visited them with, and how you treated them, they would switch allegiances between the hero, dark and normal types. Many, many hours were spent trawling through levels to collect the pickups needed to raise a particular chao’s stats, or give it those cool bird wings it so desperately needed to complete the outfit. Heartbreakingly, the chao’s could eventually die. Although they had the potential to come back as a child, this was never a certainty, which made the animation in-between a bit nervy.

While some may look back and regret spending so much time on a 3D Sonic outing, I can’t help but see it on the XBL marketplace and seriously consider doing it all again.