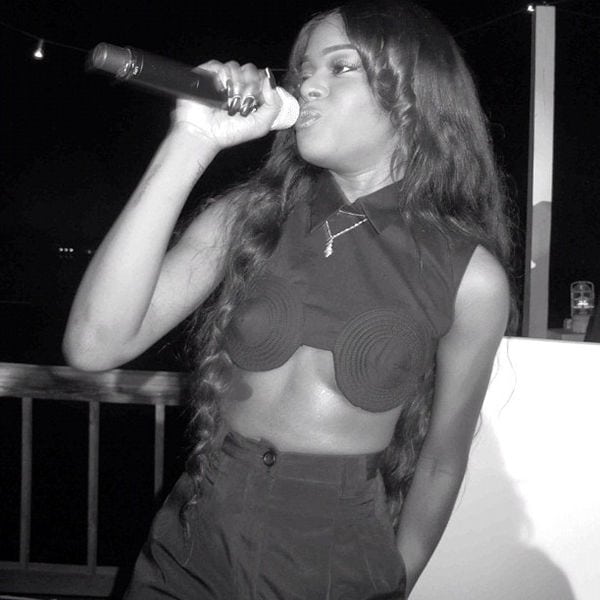 Musicians are generally quite an outspoken bunch, is this a good thing? There are positives and negatives. The fame music generates for successful artists lends them a platform to transmit messages of real worth or in some cases to mouth off needlessly.

Russian band and political activists Pussy Riot are a great example of a group being outspoken for all the right reasons. In their music they tackle sexism, homophobia and authoritarianism; a mutually beneficial relationship that gives their songs real power. A number of the group are currently imprisoned for their dissent and one member was hospitalised in late September following a five day hunger strike in protest at human rights violations in her prison. Pussy Riot exemplify a band who utilise their art to try enact positive change and they are worthy of reverence.

And then there’s Azealia Banks – professional aggravator who occasionally dabbles in music. Azealia rightly shot to fame in late 2011 after releasing the aggressive immediate-anthem ‘212’. As critics scrambled to edit their big tips for next year lists to include the rapper, the Azealia Banks hype machine roared into life. Yet since then Banks’ output has been far from prolific. I’d say an acceptable turnaround from hit single to debut album is six months at most, after that the clamour for new material dies away pretty sharpish; we’re not a generation that likes to wait. It’s likely that if Banks had released her debut album in the honeymoon period following ‘212’ she could easily be established as a major name in the music world by now. Instead her musical output has been a constant story of singles being pulled and her album release date being pushed back from 2012, then to 2013 and now to January, 2014 – a date I would only pencil into your diary.

So what has Azealia Banks been up to if not making music? She represents the other end of the spectrum to Pussy Riot in which her outspokenness is negatively channelled into petty and often offensive disputes with anyone and everyone; consequently her musical career suffers. Unfortunately the takes-no-prisoners attitude that translated so excellently into her debut single is not a positive character trait in a person. Banks seemingly wastes all her time fighting those who slightly cross her. The ‘Controversies’ section of her Wikipedia details public conflicts with a solid twenty-three people. It’s got to be a little embarrassing to have had more feuds than songs released, at any stage of a career. The most recent example came last week when Disclosure downplayed the buzz over their collaboration that Banks had labelled the “greatest studio session EVAR”. The brothers merely conceded that it probably wasn’t “the greatest song of all time”; this enraged Banks who has now pulled it from her debut album and plans to leak it as an f-side, a “fuck-you side”. Whilst the song surely isn’t the best ever, I expect it is quite good so Banks is needlessly harming herself and her own career through her belligerent ways.

Banks’ position as an influential figure and her constant use of the homophobic slur ‘faggot’ is also troubling. After Perez Hilton predictably involved himself where he was not needed or wanted she directed a string of homophobic abuse towards him, writing comments such as “what a messy faggot you are”. I’m all for character assassinating Perez Hilton on his many, many flaws, but his homosexuality is not one of them. Banks defends her use of these words by pointing to the reappropriation of racial slurs by hip-hop artists and noting her own bisexuality, but that does not make her a spokesperson for the entire LGBT community.

It’s a shame as I am still anticipating the eventual debut album with some degree of excitement. There’s production from Lone on it which is a good sign – the current trend of UK dance music producers lending beats to American hip-hop albums has been a great success. See: HudMo/Kanye and Rustie/Danny Brown. But if another year goes by that’s filled with bickering and devoid of music I’ll be ready to give up on her altogether.

So being outspoken can empower and impair musicians. Long live the political activism of Pussy Riot, and let’s just hope the next time Azealia Banks opens her mouth it’s in a recording studio. Let the music do the talking.