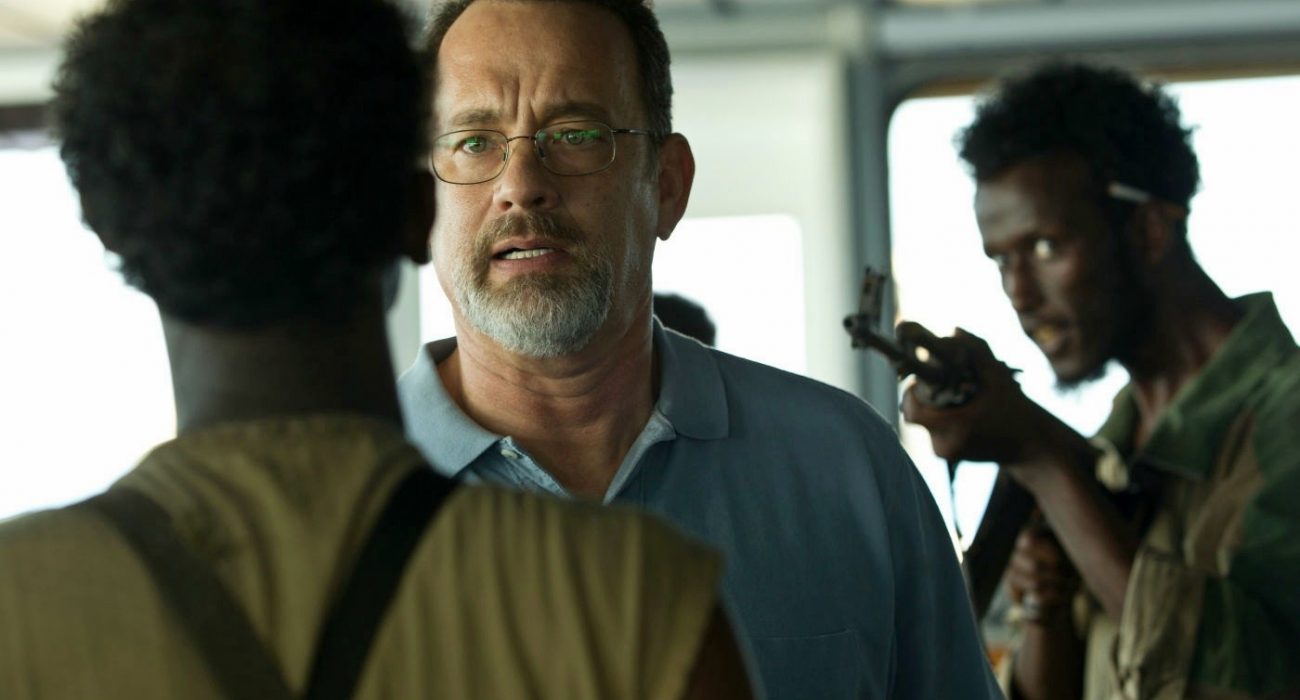 Tom Hanks is one of the few actors who can play an everyman so convincingly and still be Tom Hanks. It’s this remarkable ability which propels Captain Phillips through the rough waters of films based on real events and comes out a storming success.

With a story of this calibre there is very little need for alteration. Based on the events in 2009 when the crew of Maersk Alabama were taken hostage by Somali pirates, and a subsequent US military operation was launched to rescued the ship’s captain who had been taken with the pirates after they left the ship in one of its lifeboats, is the sort of material for great cinema.

The producers have provided the material with a crew of master filmmakers, chiefly among them Paul Greengrass, whose unique style is perfectly suited to this story. The jittery, hand-held camerawork which has become synonymous with Greengrass (and copied by so many others) has at times been distracting, even slightly nausea-inducing, in some of his past films. But in Captain Phillips, where we witness the terror and drama of the ordeal almost exclusively from Phillips’ perspective, Greengrass’ intimate camerawork, aided by cinematographer Barry Ackroyd, creates a totally immersive experience. From the moment Phillips reads where he’ll be posted at the beginning of the film, through to the extra precautions he takes once on board and up until the green dot appears on his radar signalling the pirates’ arrival, Greengrass sets the level of tension at high and it only grows from there.

Greengrass and co have also made the brave decision to portray Phillips’ pirate captors as more than faceless villains. But nor does he try to humanise them to the point that you would pity them: the opening scenes where the pirates’ leader, Muse (Barkhad Abdi), recruits his team on the beaches of an impoverished Somali village, establishes that piracy for many young men is simply a job where there are none else to do- a sentiment expressed by Muse when confronted by Philips about why he had chosen a life of crime. But the potential for extreme violence always hovers, despite their claims that they are ‘merely fishermen’. Most remarkable of all is that despite knowing how this story ends, the threat that Phillips might not survive is constant almost right through to the final reel- a testament to Greengrass’ direction and Hanks’ brilliantly measured performance.

There are moments in the final half hour where the temptation for the film to turn into a Team America vs Team Evil Somalia is real but resisted. This restraint pays off and the climatic rescue leaves you neither cheering or weeping, but echoing the exhaustion and relief felt by our protagonist.

If Captain Phillips needs to be faulted, then its running time is slightly longer than perhaps necessary, a crime most Hollywood movies are guilty of these days, but given the real life event stretched out for five days, you’d forgive the producers for wanting to emphasise the duration of Phillips’ detainment. Besides, when Hanks is giving one of his best performances in years, a few extra minutes with Phillips and his captors in their cramped lifeboat is hardly a chore.