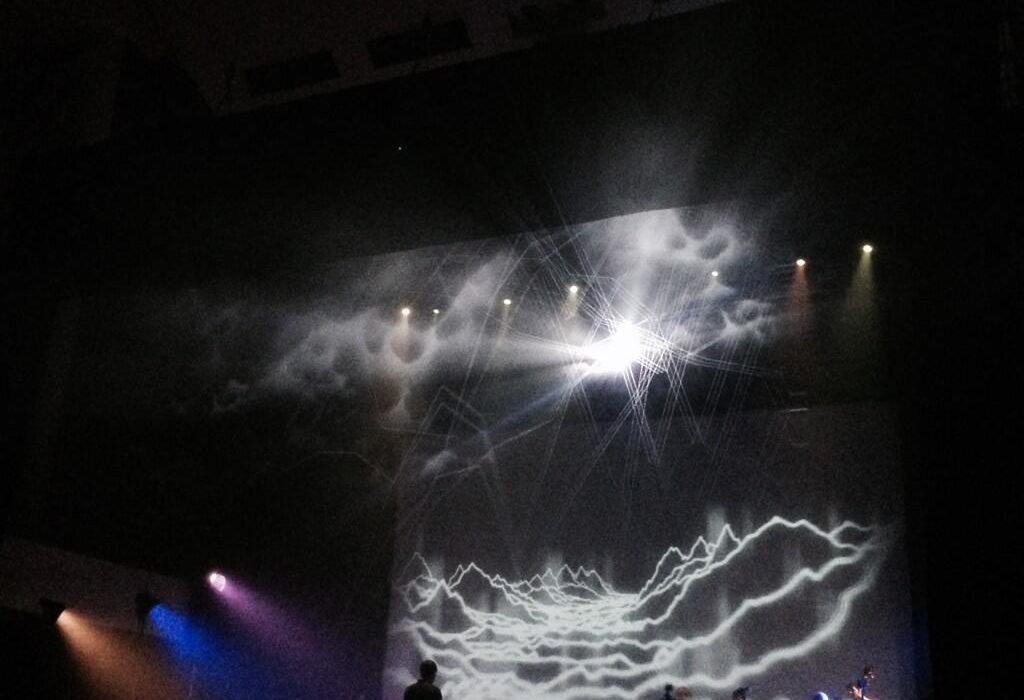 Taking on the legendary material of Joy Division is in itself a brave move, but to do so in their own backyard, at The Lowry on the banks of Salford Quays, is really inviting the pressure.

The Heritage Orchestra, in collaboration with electronic pioneer Scanner and visual artist Matt Watkins, are not here tonight for faithful covers of the Manchester post-punk outfit’s work. They take to the stage with the rather ambitious intention of completely dismantling the treasured work of Ian Curtis and co., and rebuilding it from the ground up. It is a re-imagining of the music that so brilliantly captured the zeitgeist of late ‘70s Manchester, spawned from the dark psyche that both haunted and inspired Curtis.

The performance begins in style with an extended instrumental of the ‘Transmission’ synth intro; before long, that trembling bassline kicks in, delivered with trademark Hooky ferocity. The relentless drums that propelled the 1979 single forward are present here, setting the pace and unleashing an electric atmosphere upon the audience.

The duration of the performance sees the electro-orchestra stray dramatically from Joy Division’s recordings, with only occasional snippets sounding somewhat familiar. The distinctive riff from ‘Dead Souls’ is faithful to the original, but many other songs are reinterpreted beyond all recognition. This is not necessarily a criticism; it would be unfair to label the performance as anything less than impressive, but at times it is arguably a little too loosely-based on the subject material to bear its name.

Visually there are some nice throwbacks to the Manchester quartet. During ‘Dead Souls’, the famous white-on-black pulsar radio waves of Peter Saville’s Unknown Pleasures album artwork are projected behind the orchestra, traveling towards the audience like a jagged mountain range. Better still, a clever visual trick during ‘She’s Lost Control’ sees abstract shapes and lines projected onto a mesh screen veiling the orchestra. They appear to move randomly at first before taking on the familiar form of Ian Curtis and his infamous epilepsy dance.

A stripped-down, string-laden version of classic anthem ‘Love Will Tear Us Apart’ sees the show out, with the original baritone vocals of Ian Curtis binding the two eras together in a satisfying union. The performance is inventive and polished, so much so that it comes across as a natural evolution of Joy Division’s revolutionary musical output. A fitting tribute and an impressive display of originality.