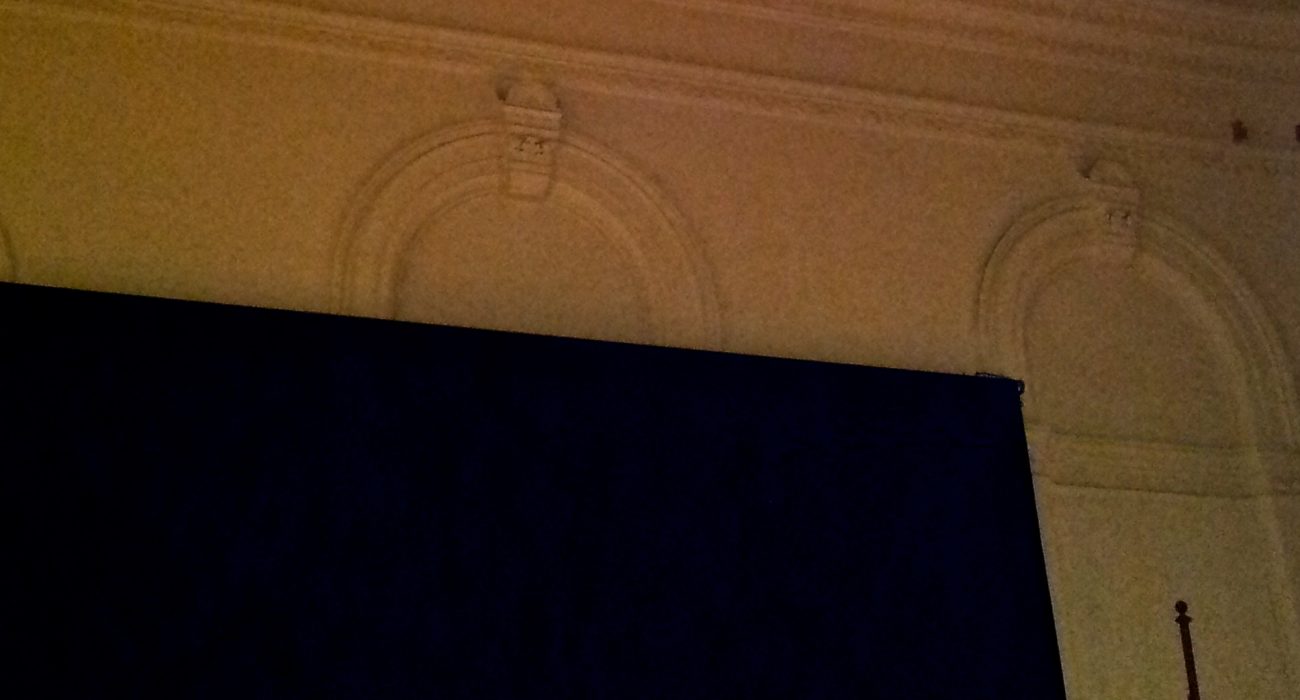 On 17th October, Manchester Literature Festival presented the work of two Catalan poets – Josep Lluίs Aguiló and Manuel Forcano. I went along to Instituto Cervantes in Deansgate, and sat in a beautiful white room, which was shaped like a bird cage, with tiers narrowing towards the ceiling where little windows ran around the wall. The poets read alternately in Catalan from their newly published anthology, Six Catalan Poets, while I sat back and listened to their words resonate up towards the high ceiling.

The poems were also read in translation, becoming new poems inevitably – something to be relished according to Forcano, who is glad that his translator is also a poet. Forcano finds it fascinating to see how poetry translates, revealing a different expression of itself with each translation. He jokes that, according to the Talmud, translators must be liars and blasphemers – ‘one who translates literally is a liar, one who changes it is blasphemous’. A doctor in Semitic Philology, Forcano has studied in Israel, Egypt and Syria. This rings through his poetry: ‘At the Archaeological Museum in Damascus’, ‘At the Café Sahel in Aleppo’ and ‘Walking through the Call’ (the old Jewish Quarter).

Known as Cataluña’s foremost love poet, Forcano’s poems also include ruminations on imagination, flowers and memory. A lot of his ideas are bathetic: in ‘The Roses of Isfahan’ he compares the deeply sensuous and exotic flowers on the banks of the Euphrates with the instruction to not be content with the pot of geraniums on your windowsill.

Poet and businessman Josep Lluίs Aguiló had his first poetry collection published when he was 18. Although he also speaks Catalan, he is proud to be the only Majorcan in the anthology, inviting the audience to go there.

Aguiló read ‘Words’, a beautiful poem about a man who keeps a notebook by his bed, and awakes to see the words: ‘earth, rice, cornucopia, rhythm’ written from his dream, but he can’t make sense of them once awake. The idea of language as a code to be deciphered is continued in his contemplation of physical and mental space, the concept of reader as a detective inside the poem. In ‘Reader’, the reader is invited through the front door of the poem and becomes a character within it. This seemed so fitting with the hospitable warmth of the event, brimming with typical Catalan charm and insouciance.

To add to the evening, an exhibition by the photographer James Clifford Kent entitled ‘Memorias de un Tiburón Perdido’ (‘Memoirs of a Lost Shark’) was also held in the room. The title pays homage to Edmundo Desnoes’ 1968 film Memories of Underdevelopment and Ernest Hemingway’s The Old Man and the Sea. The black and white portraits of Cubans that gazed across the room from under wicker hats were a delightful addition to the audience.

This brilliant literary and pictorial feast was followed by wine, sangria and tapas.