On the 11th day of the 11th month of 1918, the First World War officially came to an end. It marked the conclusion of five years of conflict which culminated in approximately nine million deaths.

On this day, for the past 90 plus years, Remembrance Day has been celebrated in honour of those who died in all the wars down the years. The red poppy worn by millions during this period embodies the idea of having gone through that tragedy. As the poem ‘In Flanders’ suggests, through the destruction of war, the red poppies managed to grow and shine through.

However, in recent times, the red poppy has been much more than a symbol in the United Kingdom. The Royal British Legion organises the distribution of red poppies throughout the country in exchange for donations in name of the Poppy Appeal. Almost everyone including politicians, celebrities and even the Royal Family wear the red poppy during that period. The money from the Poppy Appeal goes into providing financial, social, political and emotional support to those who have served or who are currently serving in the British Armed Forces.

Even though some view this as a pro-war propaganda, the red poppy only suggests the reality of contemporary international relations. Troops are essential in ensuring political and economic stability throughout the globe and it is only logical that fellow countrymen contribute in giving them every chance of doing their job properly and returning home safely.

Furthermore, for many soldiers, coming back home and the return to reality can be very hard. The charities benefitting from the Poppy Appeal help largely in rehabilitating those men and women who have served so that we can sleep in peace.

But, many argue that the wearing of the red poppy is only a seasonal fashion trend that induces patriotism for a few weeks. It is obviously the case for a part of the population, but general awareness is increasing in recent years, and all in all, at least the money goes to the charities.

Another objection to that practice is the idea that the red poppy glorifies wars that have mercilessly killed so many millions.  On the contrary, it honours their spirit and mourns their loss.

War is such a cruel mistress but in the end, only the greater good prevails. Sacrifices have been made, tears have been shed, blood has been spilt and lives have been lost but the troops that have left us along the way have brought a whole new safer and better world for us to live in and the troops nowadays continue doing so.

“If ye break faith with us who die

We shall not sleep, though poppies grow in Flanders fields.”

Red poppies have grown through land ravaged by war and will most probably survive the ordeal of contemporary critics.

Poppies are spreading faster than the rumour of a flu and I’m not happy about it at all. Why? Because I believe war is the absolute worst thing that there can be and there is no glory to be found in it.

Almost every war in history has involved countless beautiful young people getting blown/hacked/shot to pieces by other young beautiful people, usually because a small bunch of over-privileged cowards told them it was a glorious, necessary thing to do.

But that’s just the beginning. Soldiers have raped, tortured and murdered civilians in pretty much every single war that has ever happened. The bad guys do it, the ‘good guys’ do it. Whenever we decide to send out our troops into another dubious war for another dubious reason, they will do some pretty inhumane, unthinkable things. And they will be doing them in our name. Conflict is always dirty and when a Government send it’s troops to war, they are tacitly sanctioning all the untold acts and immeasurable misery that will ensue.

But, isn’t this all about remembering the dead? Sadly it is not. This years Royal Legion slogan is “Shoulder to Shoulder with all who serve”. This isn’t about the dead, this is about the armed forces. In every war since WWI civilians have constituted the majority of deaths.

The last major survey in Iraq put the civilian death toll at nearly half a million, a number of death’s I find hard to even conceive. If this was about remembering the dead then maybe they would get a bit more of a mention than the 179 British troops who have died there.

And what of all those who fought genuinely believing that the world would be a freer place for all? What would they think of today, with our troops in deeply unpopular wars all around the globe and the Remembrance Poppy rapidly becoming little more than a fashion symbol?

Next year will see the 100th anniversary of that infamous bloodbath that at the time was naively dubbed the “War to end war”, it will also see the immeasurable suffering of innocents because we never did end war.

We may never forget the dead of the World Wars but we are already forgetting the lessons they would have us remember and that is truly worrying and something we should keep in mind before deciding to send our troops off to die in another pointless war because we, essentially, feel like it. 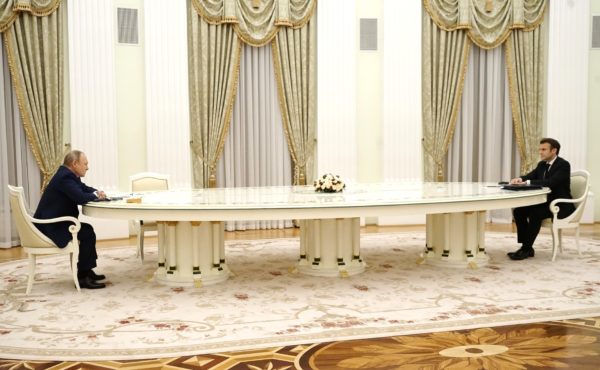