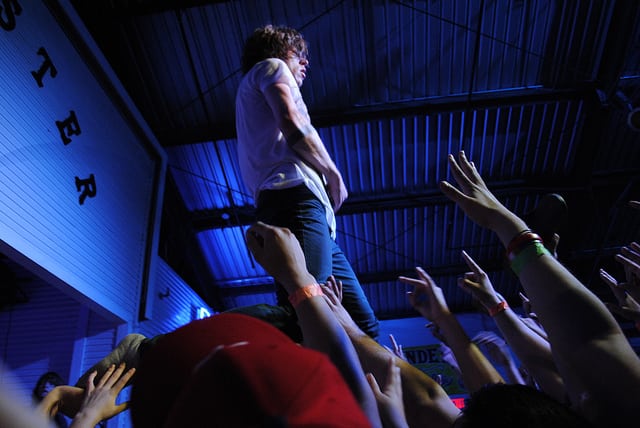 Playing a support slot isn’t always easy, unreceptive crowds waiting only for the headline act of the night are a common occurrence. Yet thanks largely to lead singer Matt Shultz, Cage The Elephant excellently excite the packed Apollo with a rip-roaring show.

Throughout much of the set Shultz leaps, writhes and dances around the stage with a ferocious energy. Tracks like ‘It’s Just Forever’ flash past in a blur as flailing limbs and growled vocals emerge across the stage amidst frantic strobe lighting.  The rest of the members remain rooted to their positions whilst Schultz flails around, it is clear he is the vibrant heart of the band.

Yet Shultz’s charisma extends beyond this wild stage manner. When things slow down with ‘Cigarette Daydreams’ he also takes a stationary position, bathed in a purple light, and still keeps the crowd interested in his performance, with eyes fixed on the centre stage rather than wandering to the bar.

As the band launch into ‘Teeth’ Shultz descends into the now riving pit of a crowd, and lifted on their hands manages to walk a good few metres deep into the stalls area, shouting “Promise that you’ll never leave me”. It’s fitting that with the band’s Christian upbringing he cuts an almost Christlike figure walking on the waves of arms provided by the audience.

So Cage The Elephant have the performance side down, yet the quality of their songs doesn’t quite match up to this. The musicianship of headline act Foals later in the night further emphasises how plain Cage The Elephant’s songs were. They’re certainly a good live band to see, but only if you’re prepared to be caught up in the sweaty mess of euphoria they instigate. 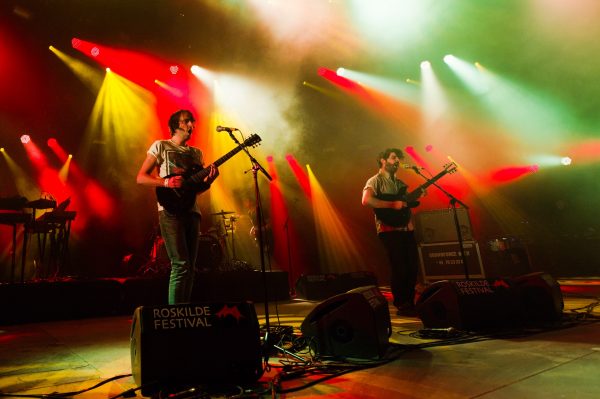