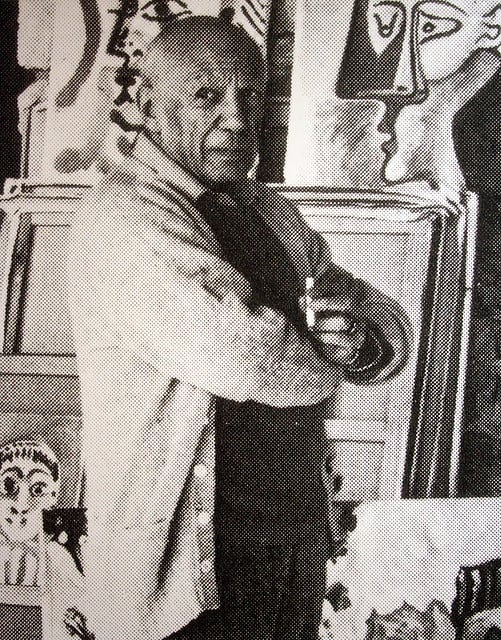 2) When he was born, the midwife thought that he was stillborn, so she left him on a table and attended to his mother. It was his uncle that saved him.

3) On August 21st 1911, someone stole da Vinci’s Mona Lisa and someone told the Police that Picasso was the culprit. However, he was taken in for questioning and was released straight away. The real criminal was found two years later; however some people still believe that Picasso had something to do with it.

4) According to his mother, Picasso’s first word was ‘Piz, Piz’, a shortening of the Spanish word “Lapiz” meaning pencil.

5) From the age of seven, Picasso received formal artistic training from his father in figure drawing and oil painting.

6) He finished his first major painting at the age of 15. It is entitled First Communion and depicts his mother, father and younger sister at an altar.

7) Picasso had a great love affair while married to ballerina Olga Khokhlova. Marie-Thérèse was his mistress (she was 17 while he was 45). Some of his most acclaimed art work was inspired by Marie-Thérèse and they even had a daughter together.

8) He wasn’t just a painter, but also a poet and playwright, although his writing career never took off, especially with words such as “the smell of bread crusts marinating in urine.”

9) When living in Paris in 1900, he was forced to burn some of his paintings to keep warm due to financial problems.

10) In 1909, Picasso co-founded the art-movement known as Cubism with his friend Georges Braque.