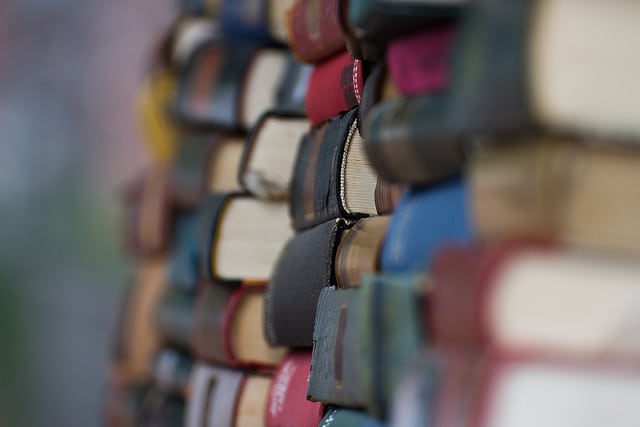 I love the smell of paper in the morning

With book sales at an all-time low, authors struggling to make ends meet and digital media dominating the entertainment sphere, the lifespan of print media seems limited. The immediacy of the Internet, television, movies and game consoles meets the demands of a modern audience, providing instantaneous information and instant gratification.

One might say this is simply evolution. We invented the television and with it waned radio audiences. Such is life. However, the falling prominence of books simply isn’t a progression. The negation of print serves to illustrate devolution in human thought. We have outsourced our abilities of reason and logic. We have decided to ask for everything to be simpler; not to improve our abilities but only to have the world simplified.

It is simply impossible to argue that modern spheres of entertainment contribute the same level of intellectual stimulation as the slow-burning process of interpreting a book. While once it was considered a normal pastime, the act of reading and understanding for recreation has become frivolous, almost elitist in society’s preconceptions. It’s a crime that we have allowed the issue to go so far.

When 100 years ago approximately 16 per cent of sixteen-year-old school leavers couldn’t adequately read or write, it is completely unjust that we have allowed a society with such abundant access to education to slip backwards towards the Dark Ages.

These dark ages are, to me, instigated by a generalised dumbing down of all forms of media; we now unfriend someone, or declare that we just liked something. We have declared forms of bastardised English valid, all in the name of keeping up with the frenetic pace of new media. Imagine hearing somebody say to their friend, “I watched a movie last night,” and getting the response, “I like that.” You’d think their grasp of English was appalling, yet it slipped under the radar into standard vernacular (albeit subtly).

This is where the death of the book stems from. Why should you have to trawl through pages of difficult language, which has to be understood and interpreted? It’s much easier to have your brain scythed open by new media like Facebook and YouTube. That way you can have anodyne use of language pouring straight into your consciousness—it’s so much easier to comprehend!

The dangers, however, of this shift away from the fulfilling and intellectually challenging nature of print are obvious. This truncation begets the opportunity for misunderstood views to flourish, given the phasing out of print is abundantly clear.

When we start getting our news off BuzzFeed for example, the need for snappy news means that presenting a rounded story on current events is secondary. Gaining a rounded view isn’t an option when even the source of your knowledge champions immediacy over education.

With print, the appreciation that the reader is in it ‘for the long haul’, so to speak, allows for the development of ideas and the presentation of differing opinion. This is totally lost in the need for speed that comes with the phasing out of such media.

Moreover, when the most common form of entertainment comes in the form of opiating television programmes or mind-numbing game consoles, rather than something that encourages interaction, our development is clearly stunted. The complexity of a book isn’t its biggest drawback; it is, in fact, its most powerful strength.

Rather than taking the form of mere entertainment, it serves not only to entertain or inform but also to develop—to develop the reader’s articulacy, interpretative skills and logic. On top of that it empowers a reader to question. Books, far from opiating a reader’s experience of the world, enliven it. They ask questions, that in turn make us ask questions, and by asking questions, and never accepting the status quo, we can serve to develop our world.

The slow death of print is a dark reflection on us as an audience. The poverty endured by writers and the falling sales of books illuminate a worldwide ignorance for improvement, which has seeped into social consciousness. The market provides what the masses want, and we as the masses have chosen to ignore the vital importance of reading and of print in forming us as rounded individuals.

It is often argued that we read out of tradition, that the form is outdated and that it is becoming extinct due to its inability to evolve. We do not, however, read out of tradition—we read out of necessity. Like numerous thriving species of animal we have forced into extinction, we run the serious risk of destroying books and reading as art forms.

Only by embracing the irreplaceable importance and relevance of books can we begin to reverse the generational rot which has set in, and caused damage, but which is by no means irreversible. Books carry information and education beyond any new media outlet. They have charted human history since their inception, and we cannot be the society to let that wither and die.