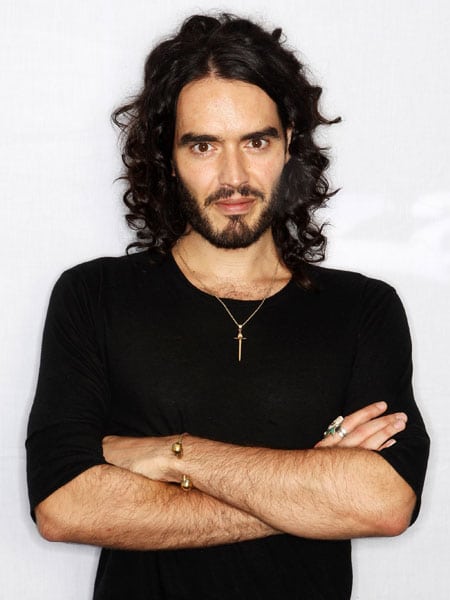 His appearance is ubiquitous, his language is grandiose and verbose, his vernacular is almost unique, but his intentions are pure. Last year Britain’s leading no-nonsense and crude presenter Jeremy Paxman interviewed the wonderfully elaborate Russell Brand where he elucidated the fact that people had become disenchanted with politics, that the members of parliament have no idea what the word ‘representation’ means, and that true democracy in Great Britain was as real as Harry Potter. Paxman looked perplexed at Brand’s revelation that he had not once voted and proceeded to grill Brand in such a way that most would have crumbled to the floor begging for mercy, but as you would expect from one of our generation’s finest comedians, Brand remained defiant in his message, and through humour left the interview unscathed.

A year later, Brand has released his third book, entitled ‘Revolution’, a more serious and striking title compared to ‘My Booky Wook’, I’m sure you will agree. The key message of the book though is love, which, if you notice, is present in the word rEVOLution. A manifesto, perhaps, that elaborates on what he said in that now famous interview.

The love Brand wants us to realise is the love between our fellow human beings. Deep down we are all the same, we all have basic needs and wants. We all have capacities to feel sympathy, passion, and respect for one another. Even David Cameron and Barack Obama have these qualities despite leading the capitalist machine that is hell-bent on destroying the planet’s resources in order to make a quick buck. This same capitalist machine that makes the rich get richer and the poor get poorer. Brand raises some alarming facts about this capitalist machine. Imagine a bus with 85 of the richest people. There is now enough money on that bus than in the pockets of 3.5 billion people. He hilariously quips that upon using a calculator to work out what 3.5 billion minus 85 is, that the answer had a letter in it. “Even the calculator has gone berserk at this injustice,” he exclaims.

This is what I found great about ‘Revolution’. Sure, most of the facts and figures have been taken (with permission and proper referencing, I might add) from people more qualified in the subject than Brand, but he is able to accumulate this data and present it with an entertaining glint to it. Imagine if Noam Chomsky did this, how many more followers he would get. I accept that the man is a genius and is almost criminally under-read, but the books that he writes or the speeches that he gives are so doom and gloom, and, I whisper this quietly, boring.

Russell realises he hasn’t done the hard work in his book. He knows he’s not going to be spearheading this revolution and looks embarrassed now when an uninformed interviewer asks the inevitable question of “what will the Russell Brand revolution look like?” He also knows that people’s intuitive disenfranchisement with politics has deeper merit under the surface, and that’s why he has written ‘Revolution’. Of the people who didn’t vote in the last election, “54 per cent believed big businesses ran Britain, and 96 per cent thought the voting public had no influence at all on the way the country was run.” Brand is a famous public voice that can convey an important message to the masses in a humorous and informative way.

At times the book does seem self-indulgent, as anything Russell Brand does tends to be. He frequently points to God as a huge inspiration for his new focus in life. At one point he extensively looks at the Lord’s Prayer dissecting each line to highlight its importance. It’s dull and unnecessary in my opinion. There may well be a universally shared consciousness that can only be accessed in a spiritual realm but I do not see why a God is necessary for this. At other times he almost begs to be felt sorry for, which I cannot see any normal person doing. He frequently recounts his time as a famous Hollywood actor with such melancholy, when his stories are so far-fetched and desired for by many that it borders on it seeming like he is bragging under a masquerade of guilt.

Regardless of my qualms about Brand’s religious views and his reflections on his life, the book is a success for anyone who is angry at the way the world is governed today. The truths Brand reveals are sometimes obvious and sometimes shocking to their core. Yes, his revolution probably won’t happen but it should happen if we want the world to become a better place.