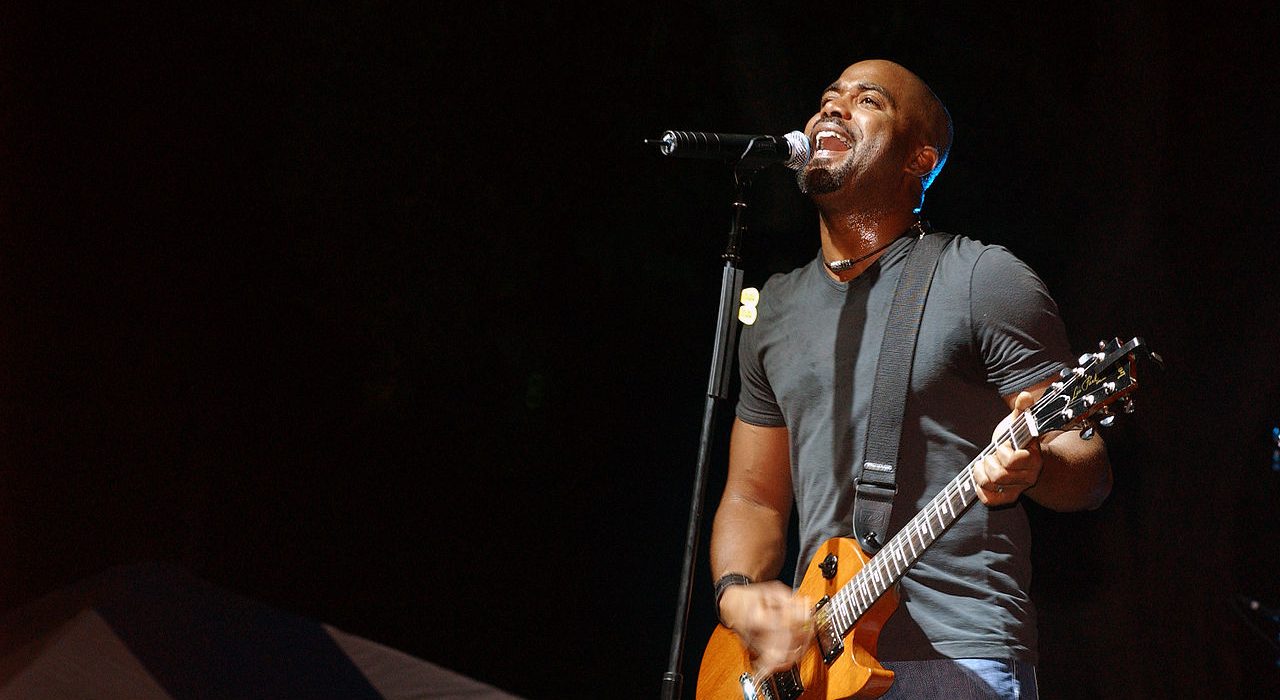 Being a young middle class Englishman who’s never driven a pickup truck, country music isn’t something I had ever felt the need to involve myself with; until now my knowledge of the genre started with Taylor Swift and ended with that five minute period when Bon Jovi decided they wanted to go full Keith Urban.

But when I heard Darius Rucker, the man behind the ridiculously successful 90s band Hootie & the Blowfish, was touring his solo country project, I decided to go along – partly to try and see what all the fuss is about, and partly in the hopes I’d get to hear some of the big Hootie hits. And on both accounts, it was a success.

Opening with the summery single ‘Radio’, Rucker – backed by his hugely talented six piece band The Carolina Grey Boys – treated the packed out crowd to a typically laid back 90 minutes of his solo tracks, Hootie & the Blowfish classics and an eclectic mix of cover songs. His iconic voice – a rich baritone drawl – is still his music’s defining feature, and has lost none of its power in the decades since he shot to fame. What I found most surprising, though, is how seamlessly his old band’s output sits alongside his new Nashville-influenced work; banjo or no banjo, his music is still based around jangly, feel-good pop songs about the lives of regular people, whether it’s family man ballads like ‘This’ or wistful fan favourites such as ‘Let Her Cry’.

‘Time’ and ‘Only Wanna Be With You’, both from Hootie’s debut Cracked Rear View, proved to be highlights, with the latter being given a country-tinged makeover whilst staying respectful of its original folky arrangement, whilst more recent offerings such as ‘Southern State of Mind’ and ‘Don’t Think Don’t Think About It’ were performed with the type of emotive delivery fans have come to love from Rucker and his band, all of whom were given generous soloing time to show off their skills. The encore featured an elongated version of his new signature hit ‘Wagon Wheel’ and concluded with a rendition of Oasis’s ‘Champagne Supernova’, which, though admittedly a bizarre choice, was rapturously received – this is Manchester after all – and ended a rousing, uplifting show with yet another sing-along moment.