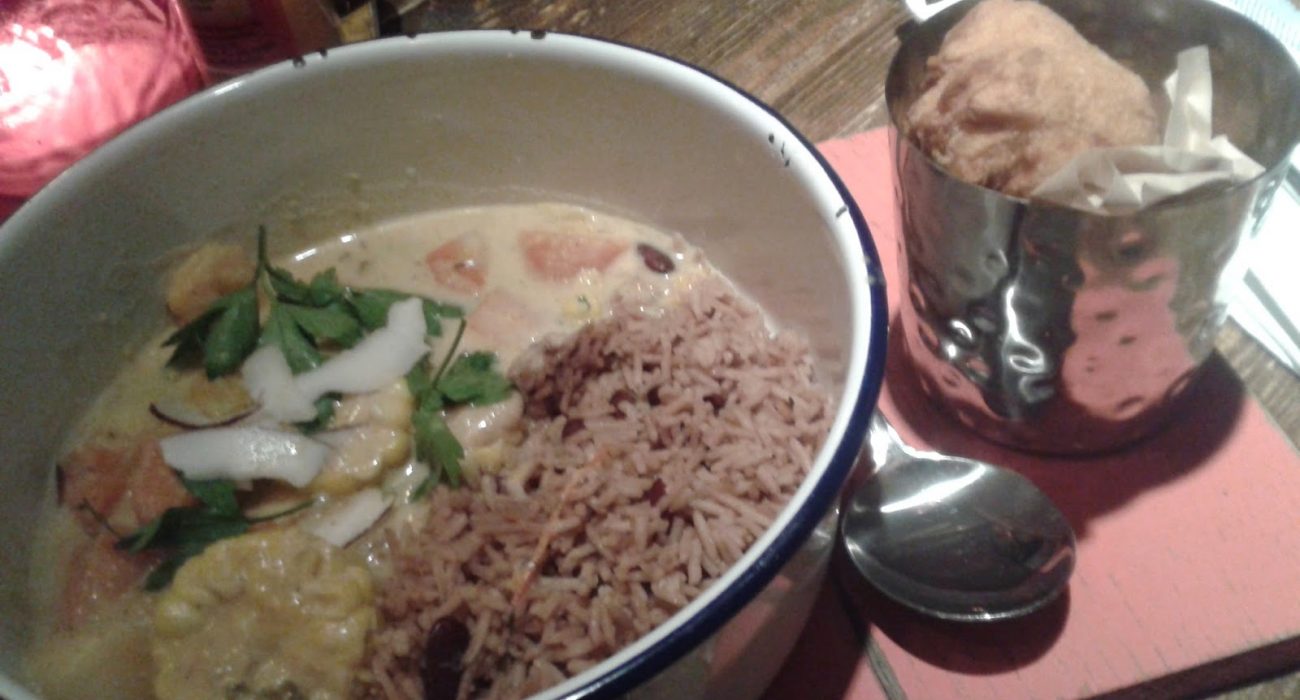 As the days grow darker and colder, my heart grows increasingly heavy. I don’t yet feel ready to accept all that winter brings foodwise. So when my friend suggested a visit to Turtle Bay, Manchester’s new Rum ‘n’ Jerk shack, it seemed like a bright horizon on a dimming landscape.

The restaurant, which opened this summer, seems an exciting addition to Oxford Road. The space is massive, with a mezzanine filled with tables piled on top of the main bar and dining area. The atmosphere was buzzing; for seven on a Tuesday night, it was impressively full of customers. Everything is wooden or metal and boasts a look of reclaimed cool. Fairy lights twinkle alongside a neon sign spelling ‘jerk’. We couldn’t help but notice booths utilising commandeered Magic Bus benches as seating; either a relaxed nod to the restaurant’s inevitable student client base or a complete lack of foresight. Manchester’s student population was outraged when the bus company’s fares soared to over a pound; I am unsure how many would happily park their bums on the same shabby frames whilst paying a hell of a lot more.

Issues of public transport having ruffled our feathers, we looked to the cocktail menu for comfort. I went for the ‘Beachcombers Zombie’, knowing from experience that its traditional counterpart packs a punch. Comprising four rums, absinthe, bitters and tropical juice, I expected a more complex flavour than what I got, which was just an overwhelming fruity sweetness. My companion did better, choosing the ‘Reggae Rum Punch’, which was served shorter and had more of a kick. It is worth noting that all cocktails are two for one excepting a three-hour window between 7 – 10pm. We shelled out just short of seven pounds each. Although the price doesn’t much differ from most bars in central Manchester, knowing that they are clearly worth a lot less stung a little.

Unable to shake off our feeling of having been shortchanged, we skipped straight to the mains. My ‘Rastafari Run Down’ was a mix of butterbeans, root vegetables and pieces of corn on the cob in a coconutty sauce: a new and refreshing combination of flavours for me. Alongside came rice and peas, which were fairly standard, but the real attraction came in the form of fried dumplings, the doughy sponginess of which soaked up the sauce expertly. The array of condiments provided were a good shout; I’m always one for a sauce and enjoyed dolloping different and unfamiliar flavours on top of my meal. On the other side of the table, the mounting redness of my companion’s face either indicated some heavy-handed spicing or a man who cannot take the heat. Aside from this, he found his ‘Trinidad Curry Chicken’ well enough cooked and ate it all up. The food was pleasant, but at just under a tenner per dish, I would expect something a little less nonchalant.

Too poor to continue, we decided to settle up. We went Dutch and I put it all on card while my companion gave me cash. The waiter automatically passed the card machine over to my companion. Commenting properly on this error in judgement would necessitate an entire article (or book, or tome); all I will say is that it was a disappointing note on which to leave a restaurant I really wanted to like. Turtle Bay has a lot of potential as an individual and reliable establishment, but issues of price, quality and service hinder its success. I may give it another go in the hope of being corrected, but next time, I’ll arrive before seven. 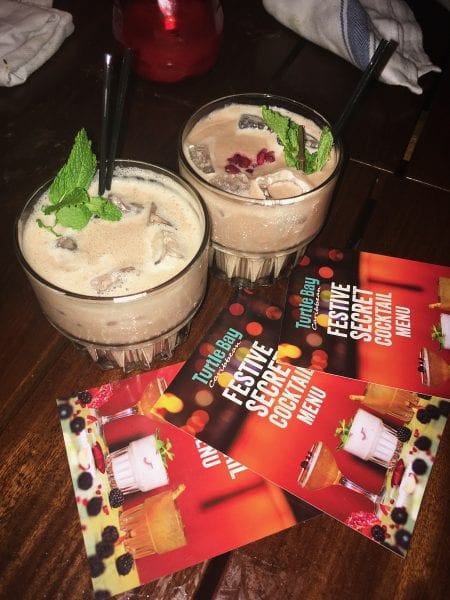 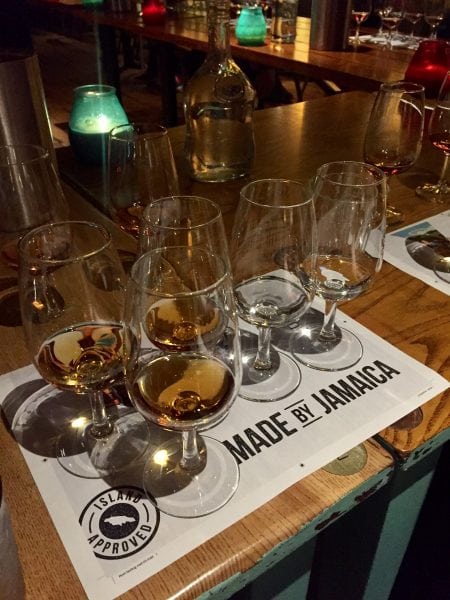