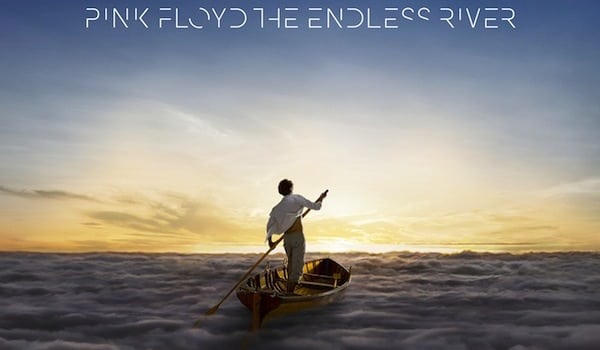 Pink Floyd’s fifteenth and final studio album is serene, but slightly on the dull side. Serenity is by no means a bad thing… but when ambient lulls you into a coma, it has gone too far.

Composed to the backdrop of the continued saga of Gilmore, Mason and Wrights fractured relationship, it is a shame none of that energy transferred to the album. Written in tribute to the recently deceased former band member Richard Wright, the album lacks any real fire, sometimes feeling like a float down the eponymous Endless River.

‘Side 1, Pt 1: Things Left Unsaid’ is a tempting title in terms of reading between the lines, however the near five minutes of floating ambience really do not entice further listening. Ploughing on, the same can be said for both tracks two and three, ‘Side 1, Pt 2: It’s What We Do’ and ‘Side 1, Pt 3: Ebb and Flow’, the second of which does rise and fall as the title might suggest, but never really rises to any kind of climatic point.

‘Side 2, Pt 2: Skins’ sees the album gain some momentum with drum rolls aplenty and swirling synthesizer. This said the blueprint laid out by Gilmore, who proclaimed he wanted to make “a 21st century Pink Floyd album”, is by no means fulfilled. Already the album feels dated before the halfway point.

‘Side 2, Pt 4: Anisina’ is an accessible point on the album… however it is accessible in that it sound much like a Phil Collins tune minus the vocal track. It does however feature a great, however once again dated, saxophone solo.

‘Side 3, Pt 2: On Noodle Street’ has more attitude than anything before it on the album. It grooves slightly more than anything else and pushes the album slightly close to its supposedly “21st century” tag. ‘Side 3, Pt 4: Allons-y’ likewise grooves, but does feature the most awfully dated guitar sonics, reminiscent more of the 80’s than even the 21st century – it does sound as if nobody in Floyd has updated their pedal board since Dark Side of the Moon.

‘Side 4, Pt 2: Eyes to Pearls’ is the album at its closest to achieving the goal of a modern sound. The sonics are far more 21st century, while the dark guitar line is reminiscent of something released far more recently than anything else on the album.

The albums final track ‘Side 4, Pt4: Louder than Words’, notably the only track to feature vocals provided by Gilmore, is a nice moment. The album is unapologetically retrospective, referencing the breakdown of Pink Floyd’s relationship.

The album sounds like a band that are tired. While it’s not a car crash, it sounds like a swan song. The thing that undermines the whole listening experience is the feeling that it is a band hammering a well worn methodology, producing something that sounds dated and past it before you’ve got through your first listen.