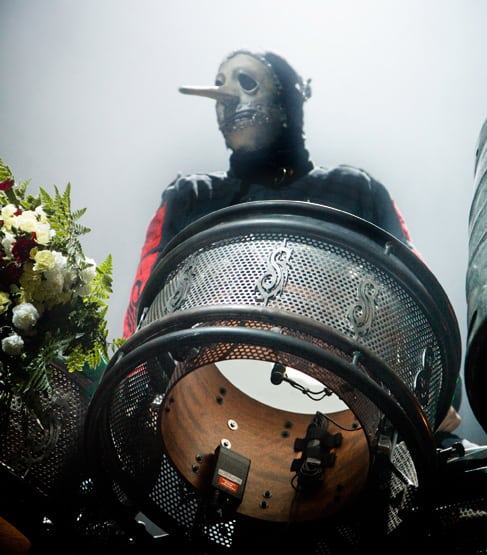 A fantastic lineup; Slipknot, Korn, and King 810. I ask how the tour has been so far: “It’s been great man, it’s nice to show up every day and say hi to people, we’re all taking care of one another, and that’s really nice.” The latest release, .5: The Gray Chapter, is an album six years in the waiting and in which time Slipknot have endured incredible hardships yet still come out the other side with a fantastic record.

“I feel great, it’s an amazing record. I think it’s hard these days to find a record that you wanna listen to from beginning to end, and I think this album accomplishes that. You wanna listen to the whole thing, it’s a very interesting record. You’ll wanna explore it.” I agree. It seems as if Slipknot have incorporated a number of different influences into the record, on songs such as ‘Sarcastrophe’ we hear elements of ‘Iowa’ and on songs such as ‘Nomadic’ and ‘Custer’ we hear some of the raw energy of the 1999 debut release.

“It’s never intentional with us, it’s just creative. I mean we are Slipknot so you can obviously hear crossover between records. But we never want to make a copy of an old album.”

It’s been six years since All Hope Is Gone. The new album primarily deals with the loss of his brother and bassist Paul Gray, but what other lyrical themes are explored on the album? “That’s the beautiful thing about Corey Taylor, man, music can mean something totally different to me that it does to you. Whatever song it is, I can make it part of my life. One part might be about an ex-girlfriend, but to you it might be about an ex-boss, or your mother or whoever. It’s for the listener to interpret, Corey might have a specific idea or feeling that he writes about, but he doesn’t reveal that to me.”

So, with each new album cycle we see new masks, and that has happened ever since they began. Some change slightly and some change more drastically such as Clown and Corey—it’s almost as if Slipknot re-invent themselves each time. Could the masks symbolise things in their lives? Or are they purely an aesthetic change? “I’m sure they do represent things in our lives, although it’s an odd question for me because my mask stays the same. It’s cool though, and it’s refreshing.”

On the most recent music video ‘The Devil In I’, we see the members of Slipknot destroy their old selves. I ask why Corey blows himself to smithereens and why Clown sets himself on fire and hangs himself… “Good question, I think it’s just basically the next chapter , it welcomes in a new era of Slipknot. It’s the next section of our careers and lives, it continually evolves.”

Slipknot have become a cornerstone of heavy music and a staple of modern culture, and this must bring pressure, unless they do it primarily for themselves? “I do it for myself first, if I didn’t enjoy the music I wouldn’t do it. It’s difficult touring with a band and anyone who says otherwise is out of their mind, but I love it. The second thing I do it for is the fans, Slipknot fans are fucking die-hard. Every band says they have the best fans, but I think there are only a handful of bands who can truly say that. I think Slipknot have that right.”

It’s true that Slipknot have quite an extensive back catalogue. “We mix it up a little bit, we probably change it every four days. Obviously there are songs that stay, songs that we love, songs that the fans love. But yeah, it’s a great problem to have! We like to make a good setlist that flows. But we have to bear in mind that it’s primarily a show, we have to consider the pyro and such.”

This year Slipknot are headlining Download Festival for the third time since 2009. In 2013 there were a lot of fans wondering if they would match up to the amazing 2009 show, which they certainly did. But what about third time round? “We just do what we do, it’s just real. It doesn’t matter if it’s Dublin, or Manchester. We’ve played in front of 10 people before, we’ve played in front of 80000. We’re gonna bring it!”

Your early days were intense, you would set yourselves on fire at shows and throw pieces of pig into the crowd. There must have been a lot of raw and angry passion back then. “It was just fuck everything. It was very physical and we toured so hard. People wanted to make it corporate, they wanted us to do something radio friendly. We said fuck you and came back with ‘The Heretic Anthem’. We just wanted to make the heaviest record we could, nobody fucking controls us.”

There are a lot of heavy music artists from the UK that are really making a name for themselves. Is there any British musical recommendations? “I’m pretty stuck in old metal. I’ve not really exposed myself to the hardcore vibe. I don’t have as much time to explore.”

Any final words to the fans in Manchester and across the UK? “Thank you for sticking with us, it’s been a long fucking time. Our fans are truly a family, a gathering of misfits. A gathering of people who feel the same as I do, whether it be feeling alone, feeling depressed, anxious, happy, sad. I have all that. But when we come together for those two hours, all the shit stays out there. In the shows it’s time to communicate and be together through music, I see it in their faces when they sing the lyrics. You can tell that our fans are the real deal.” 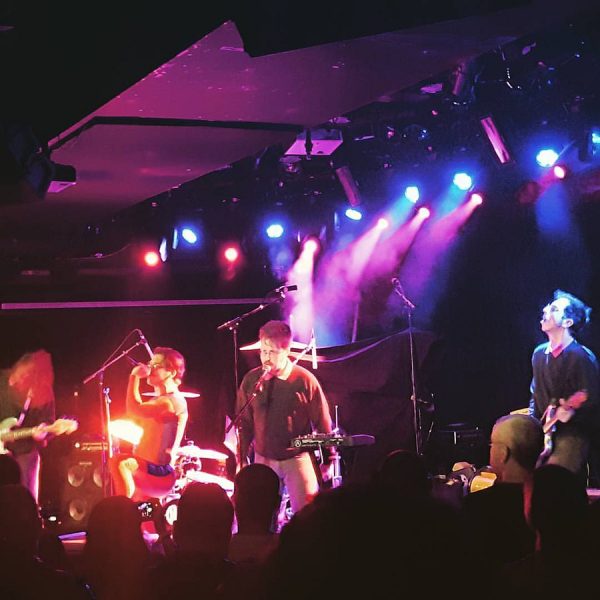 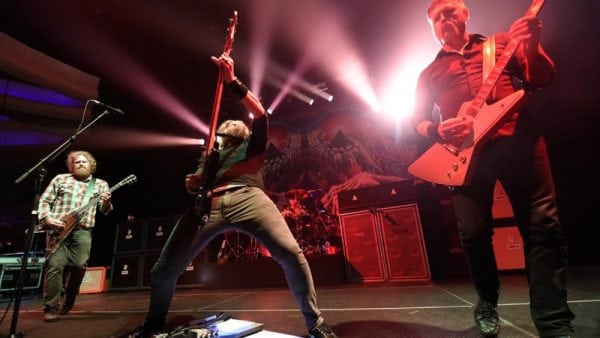 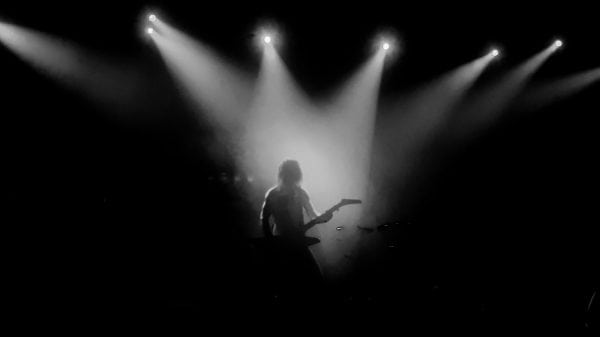