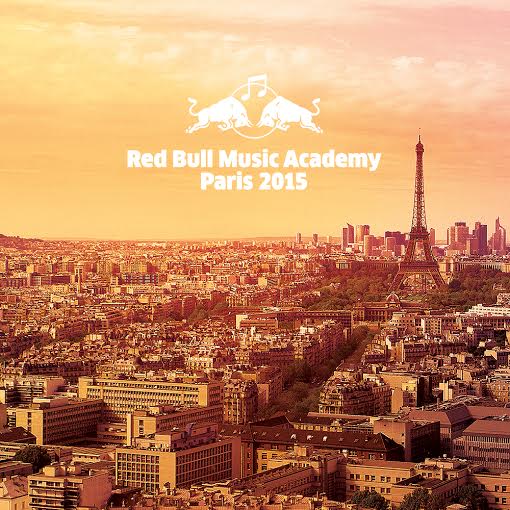 Established sixteen years ago, the Red Bull Music Academy  gathers sixty applicants per year to spend four weeks over a five-week period to take lessons from and work with leading professionals in the industry. Each year it is held in a different city, and has thus far covered five continents. Anyone is welcome to apply (DJs, cellists, everyone in between and everyone on either side), and the application form found on the website makes it clear that those at the academy are interested  in individuality and ultimate creative potential over raw proficiency: questions include “Your in-laws are coming to dinner. What music are you going to put on (and what are you gonna cook)?“, and “You’re standing at a Paris street corner, when a friendly soul hands you an ancient accordion. Which song will you play?“. Details on how to apply are given in the final paragraph of this article.

The academy is without a shadow of a doubt the coolest way any energy drink has ever been marketed. Although that isn’t much of a feat in itself, the academy quite clearly serves as a springboard for some very positive things: the website for the academy hosts its own online magazine, on which one can find short films made about various aspects of music, and a vast amount of interviews with academy graduates and past lecturers (including a set of figures as diverse as Bootsy Collins, Stephen O’Malley, Giorgio Moroder and Flying Lotus) – which have much to offer anyone interested in music, musician or otherwise. As for the academy itself, Mumdance discusses with Emma Warren, among other things, what the (Tokyo 2014) experience was like for him, personally:

“The best thing about it was meeting people from around the world, all with a completely different musical upbringing… [it’s] such a unique situation, one which you’d never otherwise be in.” Mumdance’s experience with the academy mirrors the academy’s own stated intentions to foster the potential of its intake, via providing a melting pot of musicians from all over the world, each offering their own unique palette of experience.  Indeed, the application form belies an eagerness to get a feel for their applicants in the contexts of the respective area that produced them: it asks applicants to “Name the ten albums & tunes from your country (or city) that you definitely have to play to your fellow participants at the Academy. We’d also like to know why each of them is worth talking about.” Having been rejected the first two times he applied, he provides a little advice to prospective applicants, letting more of himself come through the third time round, after making concerted efforts to impress: “it sounds so stupid, but just be yourself.”

Mumdance goes on to talk about the overall trajectory of his musical career (what got him started was his year ten work experience at the Happy Vibes record store in Brighton), and on his recording process. For him, virtually every track takes three days to complete: the first is spent creating the sounds, the second is spent arranging those sounds into a piece of music, and the third into mixing it and adding any finishing touches to get the track sounding its best. Asked about the place of music in the modern world and what it is becoming, he notably adds that “I feel we’re in this stage where people are making music for themselves, rather than follow the ideas of others.”

A seasoned veteran of dance music, François K speaks less about the academy, instead spending most of his time entertaining the audience with anecdotes (one involving Kraftwerk, and another, Pink Floyd) accrued over his time in the music industry, and how he has observed electronic music evolve since 1976, when he first started DJing in New York. In terms of advice to fellow musicians, François shares his experiences with various club owners, throughout career: “don’t let the owner of the club fuck with you… the only good things that happened to me were [because of] us knowing what to do, and saying to the management: “you do the beer, you do the security; leave us alone to do the music.”

For those interested in applying to the academy, a summary of a typical RBMA day, as well as FAQs and full application instructions with the form itself can be found here.  Applications are open until March 4th, and the process, albeit thorough, seems very fulfilling: those interested will find it reassuring that at RBMA: “Creativity is the only currency here. Music is what we live and stand for”.