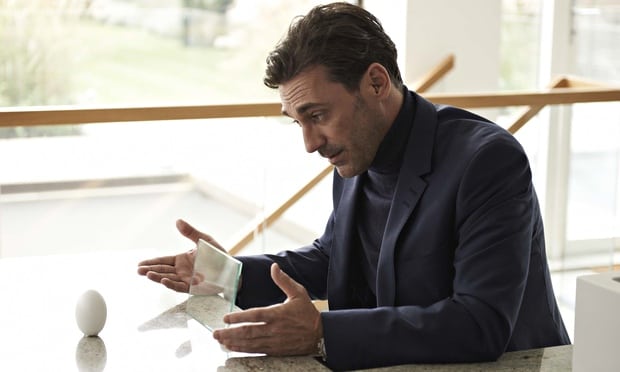 We’ve all heard about the potentially harmful effects that technology may have on our society an abrasively large number of times. It is, of course, something we, for the most part, choose to ignore – whether it might come from Stephen Hawking, the Amish, or an overly enthusiastic conspiracy theorist, any hellfire and brimstone warning about how technology will destroy human civilisation tends to be shrugged off with a quick chuckle and clichéd quip.

Enter Black Mirror – it’s been hailed by many as our generation’s equivalent of The Twilight Zone. Only seven episodes have been broadcast to date, and each one of them – featuring a new premise and cast each time – is an exceptionally well-crafted and disturbingly relevant look at mankind’s relationship with technology. And it’s bloody terrifying.

Comedian Charlie Brooker – the show’s creator – gives us a series of stories that truly defy classification. The show isn’t preachy enough to be called a cautionary message, yet it’s too thought provoking to simply be a high-concept sci-fi drama. It’s too bleak and tragic to be a comedy, yet possesses too much of a sneer and air of ridicule to be a full-on drama. This is part of the show’s genius. It is, by any definition, a true black mirror – a dark reflection of humanity in the digital age, both through our ironic nature and the contractions that we have thrust upon ourselves.

As an anthology show, each episode treats us to a new setting to experience Brooker’s pessimistic outlook on life. The scenarios give us an assortment of twisted ways in which our obsessions with gadgets could develop, from devices that make us never forget anything to machines that allow us to artificially communicate with our recently deceased friends and relatives. The most recent episode – a Christmas special rather ironically titled White Christmas – throws us into a world where people can ‘block’ one another in real life and create artificial replicas of their consciousness to perform menial tasks at home. And yet, despite all the emphasis being placed on technology, Black Mirror remains at heart a story about the humanity of the situation. One could easily interpret Black Mirror as being more misanthropic than technophobic, showing us how depraved we humans can be in our innovations.

Despite having a mere handful of episodes under its belt, Black Mirror is one of the greatest works of modern television. If you’re in the mood for losing your faith in humanity (or for reinforcing your already non-existent faith in humanity), then it’s the show for you. It’s no horror story per se, but I have absolutely no hesitation in saying that Black Mirror is one of the scariest things I’ve ever seen. By the end, you’ll be asking yourself if that smartphone you got for Christmas was such a great present after all.

The first two seasons of Black Mirror are available to watch on Netflix and 4oD. The Christmas Special, White Christmas, is also on 4oD. Plans for a third season have been announced, but any details about it – including airdates – are yet to be revealed.