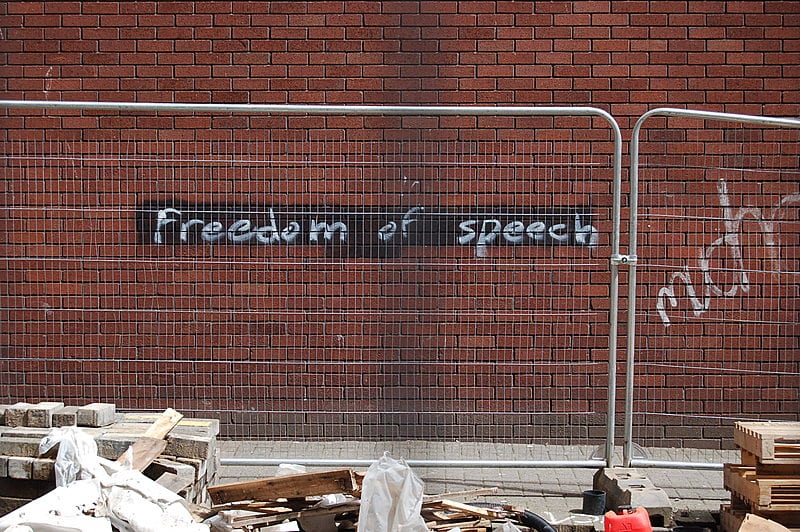 Free Speech University Rankings have ranked The University of Manchester as having an amber free speech policy. Photo: waltjabsco @Flickr

The Free Speech University Rankings (FSUR) is the UK’s first university rankings for free speech. The survey was launched by Spiked, a UK-based online magazine. They have surveyed all British universities, examining the policies and actions of universities and Students’ Unions.

The project has grown out of Spiked’s student-run free speech campaign ‘Down with Campus Censorship!’ which launched in March 2014.

The most popular bans were of The Sun, in protest of the existence of page 3, and Robin Thicke’s song ‘Blurred Lines’.

The most censorious policies were found to be Bullying and Harassment policies, censorious external speaker policies, the No Platform policy and Safe Space policies. Spiked noted, however, that holding one of these policies did not constitute an immediate offence—they are each assessed on the basis of their content.

The universities who came first in free speech rankings, being classed as the most open universities, included Trinity St. David, Buckingham, Liverpool Hope, and Southampton Solent.

At the bottom of the class, the most restrictive universities included Essex, Bath Spa, Northampton, Portsmouth, and UWE.

The policy states that societies must ensure they, or an invited speaker do not ‘promote or recruit ideologies or groups’ and refrain from using ‘discriminatory language’.

The Students’ Union also passed a notion to boycott The Sun back in 2013, coming on the heels of the ‘No More Page 3’ campaign.

The Students’ Union also made the decision to ban the controversial Charlie Hebdo cartoon from this year’s Refreshers’ Fair, as reported in The Mancunion.

Charlotte Cook, General Secretary of the Students’ Union spoke to The Mancunion about this ranking:

“The challenges as an organisation, representing such a diverse membership, is balancing the freedom of speech and the freedom to be in a space free from offence. We believe as an organisation that we should protect our members from oppression, bigotry, racism, sexism and homophobia and sometimes that means making decisions on what people are and are not allowed to say.

“Our role is to facilitate debates within the scope of our members beliefs—as the Safe Space policy was voted for by our members—while at the same time allowing there to be debate about issues themselves.

“We do not have an equal and inclusive society, but that is what we seek to establish within our Union and the Safe Space policy is designed to ensure that our diverse student community can feel comfortable in their Union. It is not designed to restrict, critique or prohibit challenge but to accommodate this in a respectful way; we facilitate many controversial discussions and activities every week.

“Respect and tolerance are key to a thriving educational environment and to achieve this people need to feel at ease to participate. In this policy we acknowledge that their contributions are valued, enriching, that they have the right to be heard and that we will protect their right to be heard.”

After the success of the FSUR and to celebrate ‘Down with Campus Censorships’ first birthday, Spiked is going to be touring UK universities to spread the fight for free speech.

There will debates held in Oxford, Bristol, Cambridge, Edinburgh, Manchester and more to be announced.

For more information on the debates and to read to student reporting on campus free-speech issues visit:
www.spiked-online.com/dwcc