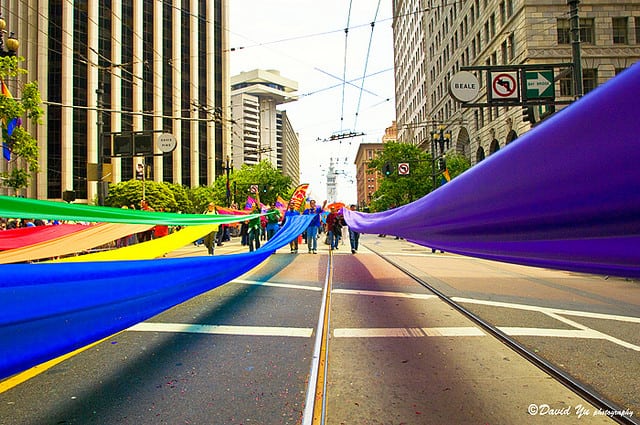 We've come a long way, but there is always further to run.

The limited opportunities of diverse sexuality

There is an interesting parallel between the manifestation of acceptance towards sexuality and the emergence of race acceptance in early 20th century America. Without access to direct political agency the exposition of black legitimacy manifested itself through cultural output. This was perhaps most visible in the Harlem Renaissance. We would probably now consider this to be a sad state of affairs, yet we may be forcing the LGBT community to express their legitimacy through exactly the same outlets.

There are just three MPs currently holding office in the United Kingdom who do not identify as heterosexual. Relative to the effect that the LGBT community has on our society this is miniscule. Despite this, the contribution to culture by individuals of diverse sexuality is huge. Attempt to name a collection of sexually diverse singers or sexually diverse actors and the task is a whole lot easier.

It would seem that, like historical attitudes to race, we are societally comfortable to sit and observe those who identify with non-traditional sexuality. For them to entertain us is fine. We, however, appear to still be deeply uncomfortable assimilating them into positions of real influence. The spectrum of sexuality is on the surface becoming more accepted; its repercussions however aren’t permeating all areas of society.

This landscape looks much like that faced by newly liberated African Americans in the US. Duke Ellington’s famous line, “when you go backstage there’ll be a line of these [white] people out there getting your black autograph”, seems to be likewise true of our increased awareness of alternative sexuality. It is unable to manifest through anyone with direct political agency and so it is expressed by the Sam Smiths, Ellen Pages, Tom Daleys and countless other outwardly LGBT celebrities.

Like white America’s difficulty in accepting the idea of equal rights for black people, the idea cannot be destroyed by a political policy. A look towards the rise of violence illuminates where that gets us. Perhaps this is why the field of entertainment proves so fruitful for effecting change in the acceptance of wide ranging sexuality. The issue of non-acceptance is not one that can be bulldozed into submission. Perhaps that is why the subtlety of allowing society to become comfortable with differing aspects of sexuality through the seemingly harmless front of a pop star has proven so fruitful.

Boy George, for example, wasn’t going to be able to directly force anybody to acknowledge that the homosexual community was not solely responsible for AIDS. ‘80s crowds then, even those who felt AIDS was a homosexual disease, saw no danger in nodding along to Culture Club’s records. While this may seem like nothing, outlets like this are responsible for making us more culturally comfortable with alternate sexuality. Making people comfortable and developing their understanding is a far more persuasive method than forcing them to accept your difference.

This is wrong, it is. We shouldn’t need cultural icons to tell us that there is no difference between a member of the LGBT community and the heterosexual majority. It is not right that thousands of people were labelled ‘queer’, or an array of differing slurs, while the slow burning process of recognition took place. However, shifting a person’s idea of a moral standard takes time.

Perhaps this accounts for the success of an artist like Ray Charles in the segregated south while black politicians struggled to get into office. Likewise, it perhaps accounts for why we seem comfortable with buying Sam Smith’s records while the concept of a gay, lesbian, bisexual, transgender or intersex person directly shaping our world makes us squirm slightly more.

The case of Brad Pitt and Angelina Jolie allowing their biologically sexed girl Shiloh to be known as John will perhaps be rebuked by some. It’s true, it is easier to allow your child these freedoms when you are rich beyond anyone’s wildest dreams and the child’s mother and father are world famous movie stars. While this is true, famous people do, rightly or wrongly, have an impact on social understanding. Like Boy George softening the harsh unfamiliarity of homosexuality, cases like this can only serve to soften the blow of gender experimentation.

In that sense the fame of the couple comes with it a great responsibility which they appear to be managing extremely competently. Many people flock behind the famous as if they were their shepherds. Imagine, therefore, the repercussions on their followers’ attitudes to gender experimentation had they forced John out of a suit and into a dress that he felt would be inappropriate to his gender.

So while the assimilation of alternative sexuality and misappropriated gender categories into the public consciousness continues to improve, we still have the issue of lacking political prominence.

We supposedly live in a secular society. However, when former Tory MP James Arbuthnot is forced to wait until stepping down from the next election to ‘come out’ as an atheist, this seems unlikely. This evidences what a long way we have to go before we have true equality of belief in politics. It becomes more shocking, however, when he compares maintaining the pretence of faith to avoid career suicide to “keeping quiet about being gay”.

That is by no means a swipe at Arbuthnot. It is a full blooded uppercut towards the attitudes still clearly prevalent in British politics in general. If such backwards views on religious conviction are allowed to stand then Westminster seems a long way behind the rest of the UK in terms of keeping up with the times. Atheism is accepted by most in modern British society. By this standard, equality towards sexuality is a long, long way off.

In the face of resistance, the LGBT community has proven itself to be unflappable before and it will do so again. True equality at times feels a long way off, but diversity is rearing its head elsewhere and will eventually be something invisible in its normality. It’s just like race; it’s just another wall to chip away.