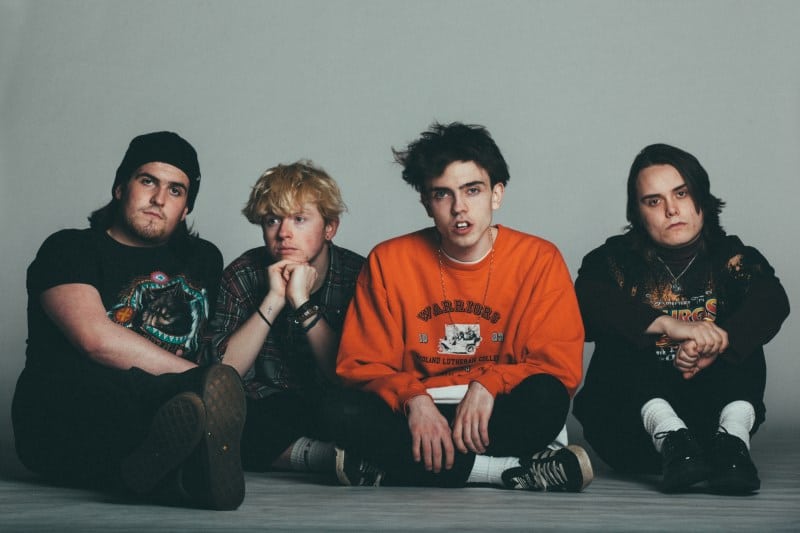 One of the latest acts to emerge from the B-Town indie scene, Jaws is the brainchild of Birmingham native Connor Schofield, who assembled the band after he decided it was time to take his songwriting from his bedroom to the stage. Their latest tour, promoting their debut full-length Be Slowly, saw them headline some of the largest venues to date, including Manchester’s own Academy 3, and proved once and for all that their sunny indie pop deserved to make that transition.

After nonchalantly wandering on stage to the sound of Jay Z and Kanye West’s ‘Niggas In Paris’—which sent the alarming number of underage girls in the crowd ape-shit crazy, for the first of many times that evening—the band opened with ‘Donut’ from their Milkshake EP, though it was the second song of the set, the synth-heavy ‘Surround You’, that really got the show going. The band’s lush sound came alive and sounds more forceful in a live setting; though the show suffered from some dodgy mixing that made the more densely-layered tracks sound flat and claustrophic, they certainly hit more than the miss, with the slinky bass groove of ‘Time’, the euphoric ‘Swim’ and the The 1975-esque ‘Think Too Much, Feel Too Little’, all sounding even more energetic than their studio counterparts.

A couple of new songs also got an airing, the former an unusually grungy affair for the band and the latter, apparently named ‘Simplicity’, a more typically jangly number, both of which were received with polite applause though felt slightly unnecessary given their debut has barely been out six months. A stripped-down ‘Stay In’ made an appearance towards the end, prompting huge crowd participation on its quietly anthemic chorus, followed by the album’s title track—a perfect three-minute pop song in the vein of The Cure’s ‘Just Like Heaven’—which was the show’s clear high point. After highlighting the pointlessness of planned encores (“what’s the point in walking there,” Schofield remarked, gesturing to the side of the stage, “to come straight back here?”) they concluded with ‘Gold’, a favourite of the band and fans alike, ending the short and sweet forty-five minute set in raucous fashion.