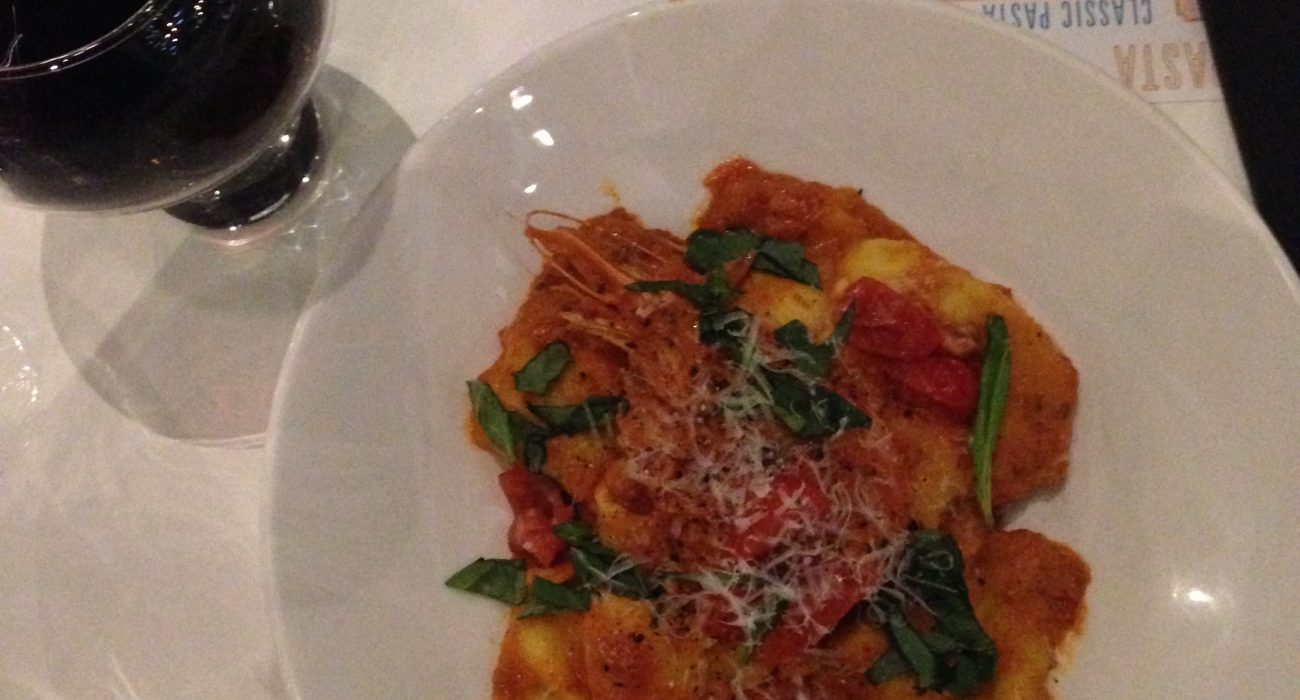 When the longstanding (and, in my opinion, long-disappointing) Piccadilly branch of Kro closed its doors at the end of 2014, many Manchester diners were filled with speculation, wondering what may take on the imposing space arguably slap-bang in the centre of the city. Shortly after Kro’s admittal of defeat, I read that two businesses had signed up to split the place down the middle. The first, another of the fast-growing ‘Byron’ burger chains (because we need more burgers in Manchester), and the second, an Ask Pizza. Growing up around York, I have always been familiar with this chain, as many of my friends from the South are. To me, it has the reputation as one of the better corporate pizza places, delivering dependable and familiar food favourites. However, funnily, Ask seems to have eluded the Manchester dining scene, the newly opened Piccadilly Gardens branch being their first in the city.

I was invited along to their launch event, and as soon as we were seated and happily gulping down glasses of complimentary Prosecco, we were introduced to Chris, the Brand Manager; I asked him why Manchester had so long remained off Ask’s map. His response, that they were waiting for the perfect site and would settle for no less, cannily both asserted the high standards of the chain and implied that the chosen site is something special. On the second point, he was certainly right: the space is huge, with high ceilings and lofty acoustics. There is plenty of light, with candles ensuring intimacy on each of the many tables that snake around the bar and open kitchen. Floor to ceiling windows make for excellent people watching, and anyone who has cast their eyes around Piccadilly Gardens will see the merit in such a vantage point (I once saw a guy walking his pet raccoon around there).

With no raccoons in sight, however, we turned our gaze to the menu. Whilst perusing, we nibbled on ‘Piccanti’ almonds – served hot, lathered in chilli oil, they were an unusual and delicious addition to the bog-standard menu we expected. To start, we split a single serving of the ‘Fritto Misto’ – a mixture of peppers, courgettes, calamari and whitebait all battered and fried and served with a zingy aioli dip. The vegetables retained an al dente bite, while the seafood – in particular the salty, meaty whitebait – added softness to the dish.

For mains, we decided to go Dutch, a seeming geographical fauxpas. On Chris’ recommendation, we shared one of Ask’s intriguing new sourdough pizza bases, this one, the ‘Carne’, topped with Luganica sausage, dollops of pork and beef ragu, smoked prosciutto and fresh herbs. The base was light and the distinctive sourdough flavour gave a delightful undertone to the rich, meaty and smoky toppings. Our second sharer was the ‘Ravioli Marittimi’ – soft pasta pillows filled with crayfish, crab, salmon and ricotta, served in a creamy tomato sauce, with a massive shelled king prawn whacked on top for good measure. The sauce was sweet and mellow, lifting the delicate taste of the ravioli, and I had a high old time seductively sucking the meat from the mammoth prawn shell. All was accompanied by a large glass of red wine (unfortunately, due to the previously mentioned Prosecco-necking, I do not remember exactly of which variety).

Slowly approaching satiety, I sounded the alarm with my companion, and we got what remained of our mains packed up to go in order to make way for dessert. Sadly, the special I had my greedy eye on, a pistachio and olive oil cake, was sold out, so I settled for a slice of warm chocolate and almond cake, served with hazelnut gelato. I wasn’t grumbling; the cake was rich and strong, yet surprisingly unsweet, leaving the ice cream’s sugariness to cut through. My companion chose a warm almond, plum and pistachio cake, which stood rather solitarily on its plate, but the harmonious flavours of which served to explain its lack of accompaniment. These we washed down with single measures of Disaronno amaretto, and squiffily discussed the lunacy of those who don’t appreciate its glory.

With nowhere on the menu left to venture, we stirred our stumps to leave. Promptly, however, we were sidetracked by the offer of more free Prosecco. After all, it would have been rude to let it go to waste. Finally defeated, we tottered out of the vast glass doors and parted company. On my 500-metre walk home, I mused on the difference between my expectations of a meal at Ask Pizza and the realities of my evening. I went in expecting tasty yet unsurprising and unimaginative food. I got the tasty part right; however, considering the variety and authenticity of their menu, I saw a healthy amount of surprise and imagination in their food. Enough to warrant a return trip, but not too much to repel the everyday diner. Ask me about Ask, and I’ll tell you its appearance in Manchester may just have been worth the wait.