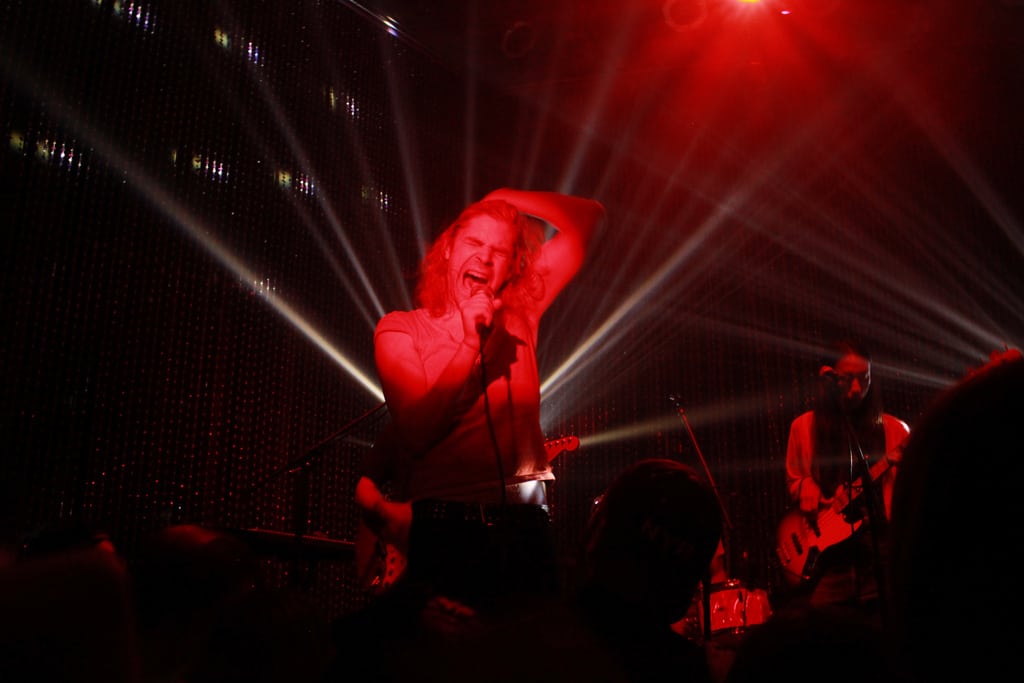 It was never going to be straightforward. The scene was quaint and deliberate, as we have come to expect from FutureEverything events. Cue Ariel Pink to introduce a little confusion to the proceedings. Presenting the “king of pop-perversion”, an alleged maverick performer looking to reformulate the boundaries of pop music, to a sit-down audience was the perfect chance to test whether Ariel really is the new Bowie or another weary pretender. On this showing, the latter seems the more realistic interpretation.

Pink’s performance was littered with typically off-key witticisms, such as his opening gambit “these seats are made for walking”, but in truth he never seemed utterly comfortable with the format. The energetic squeals that punctuate his live shows seemed lost on the largely stationary audience, who were instead left to ponder the disparity between the meticulous production on Ariel’s productions and his sloppy live delivery. The lack of a competent drummer, instead using drum tracks in conjunction with a glam-rock throwback occasionally hitting cymbals was an especially peculiar (not in a good way) touch.

Not that a high-energy, occasionally clumsy gig is a bad thing. In a smaller, dingier venue this would have been a lot of fun. It’s just that Ariel’s sarcastic lo-fi take on pop culture didn’t seem to fit with the relatively grandiose setting, despite every effort made to make the stage look like an alcoholic’s living room. That said, there were moments which threatened to provide the Zappa-esque alternative take on pop melodies that have become so intimately associated with Ariel Pink. A few songs from his newest solo album pom-pom, ‘Dazed-Inn Daydreams’ and particularly ‘Black Ballerina’ stood out.

Ariel’s performance was funny, entertaining and enjoyable. It just wasn’t meant to be appreciated sitting down.