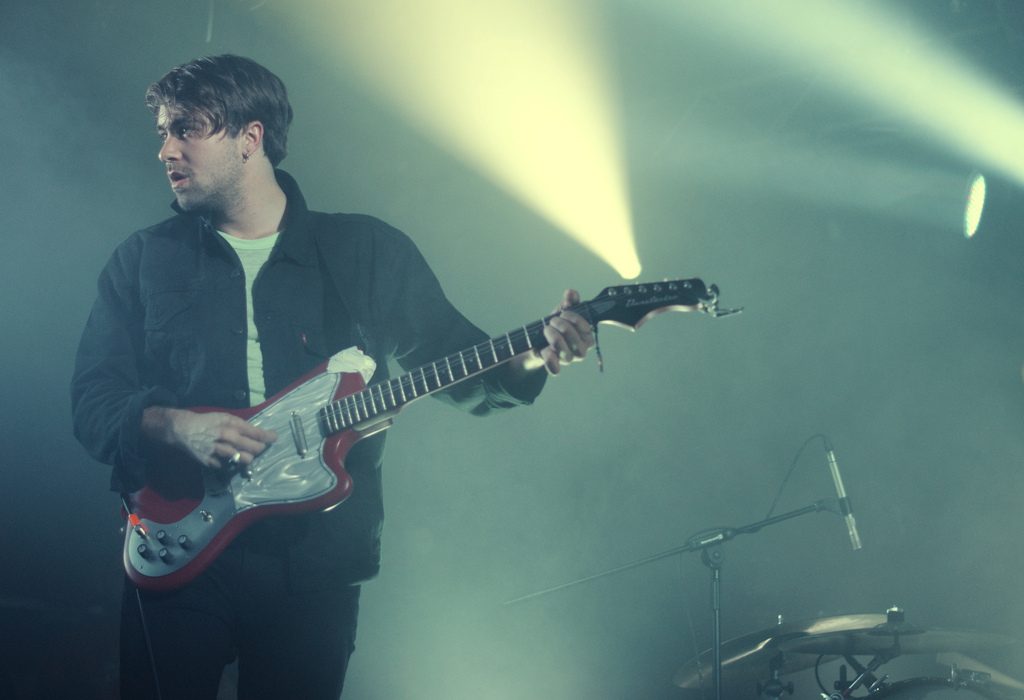 It’s sometimes hard to believe that the Vaccines have only been a band for five years or so; there was serious hype surrounding them even before they released their 2011 debut, What Did You Expect From The Vaccines?, and they’ve rarely been out of the British indie scene’s limelight since then. Their third album English Graffiti due for release in May, and the band have been touring some smaller UK venues in preparation, including a sold-out performance at the Albert Hall that saw them deliver a set full of their old—comparatively, that is—classics as well as a glimpse of their hotly-anticipated new record.

Beginning with the one-two punch of ‘Teenage Icon’ and ‘Wreckin’ Bar’, everyone’s favourite double-denim enthusiasts managed to pack almost twenty songs into a show clocking in at just over an hour, playing their tracks at such a raucous breakneck pace that I was scared to go for a piss for fear that it’d cost me three and a half songs. It wasn’t just the band that were on rowdy form, either; the opener’s giddy “I’m no teenage icon/I’m no Frankie Avalon” chorus summoned an explosive shout-along session from the fans, an enthusiasm that barely let up for the rest of the night.

The new cuts from English Graffiti also sounded promising, with the album set to be a mix of the trademark Ramones-aping three chord rock ‘n’ roll (recent single ‘Handsome’) with some interesting developments to their sound (the newly unveiled ‘Dream Lover’, which grooves along on a bluesy riff that could have come straight from Arctic Monkeys’ AM). What Did You Expect still formed the backbone of the show, though, with its songs—including the soaring ‘Blow It Up’, the criminally underrated ‘All In White’ and the slow-burning ‘Family Friend’—still comprising half the set list.

Despite the band’s rise to arena status, the beauty of The Vaccines’ sound is its simplicity—the venues have gotten bigger, the light shows are more extravagant, but the magic still lies in their stripped-down, bare-bones pop formula, the type which can become truly transcendent when being shouted back at the band word-for-word by thousands of fans at once.

By the time set closer ‘Norgaard’ brought the house down, it became easy to see that though The Vaccines were brought to our attention via the notoriously fickle NME hype machine, they’ve since built a genuinely passionate fanbase and weathered the difficult second album storm; despite Justin Young’s claims to the contrary at the start of the set, The Vaccines have arguably finally turned into icons of their genre.