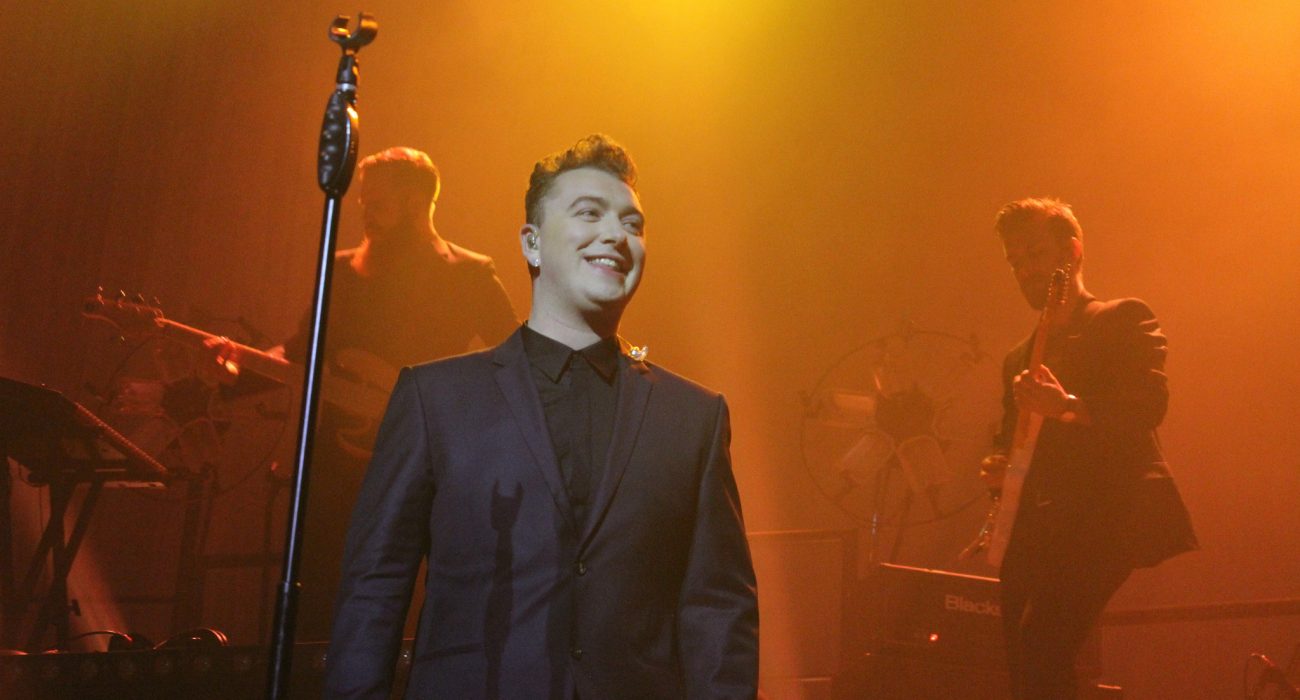 If the amount of goose bumps you get whilst watching a gig is some kind of measure of how good a performance is, then Sam Smith has taken the crown as the spine-tingle king.

Stepping out to ear-splitting screams, Smith and his eight piece band tease the crowd with the first few notes of ‘Life Support’ before the curtain is raised and the recent Grammy winner breathes life into the O2 Apollo.

As expected, Smith’s vocals are phenomenal; it’s rare to find an artist whose voice sounds just as good, if not better live, than on record. His powerful falsetto is most prominent on his recent number one, ‘Lay Me Down.’ Sadly, John Legend isn’t present to accentuate the melody; however pianist Ruben James fills in superbly in his place, who also joins Smith for a stripped down version of ‘Good Thing.’

Smith reveals partway through the show that ‘Leave Your Lover’ was in fact written in Manchester, and continues that the Apollo is a special place to him as it is where he supported Emeli Sandé a year ago. His meteoric rise to stardom is astounding, yet the soul singer comes across quite humbled, admitting that given his recent accolades his favourite thing to do is to simply sing in front of his admiring fans.

Smith doesn’t forget where he started, reeling of an effortless performance of ‘Nirvana’ before getting into his more recent ‘Like I Can’ and following by two stepping his way through the funky ‘Restart,’ (which was interestingly co-written by Zane Lowe.)

The best (and most spine-tingling) moment of the night came from Smith’s cover of Richard Rogers’ classic jazz standard ‘My Funny Valentine,’ joining a long list of legends including Frank Sinatra, Ella Fitzgerald and Miles Davis in delivering a unique and exceptional rendition. Rounding off the night with his hit ‘Money on My Mind’ mashed up with CeCe Peniston’s ‘Finally,’ Smith & Co leave the stage to rapturous applause.

It’s not long before the band return to the stage for an encore that consists of ‘Make It to Me,’ an acoustic version of Disclosure collaboration ‘Latch,’ and lastly the song that quite literally made strangers unite and sing in arms, the enormous ‘Stay With Me.’ His debut In The Lonely Hour reached the top spot yet again last week, and judging by his performance, second album syndrome won’t be anything to worry about.