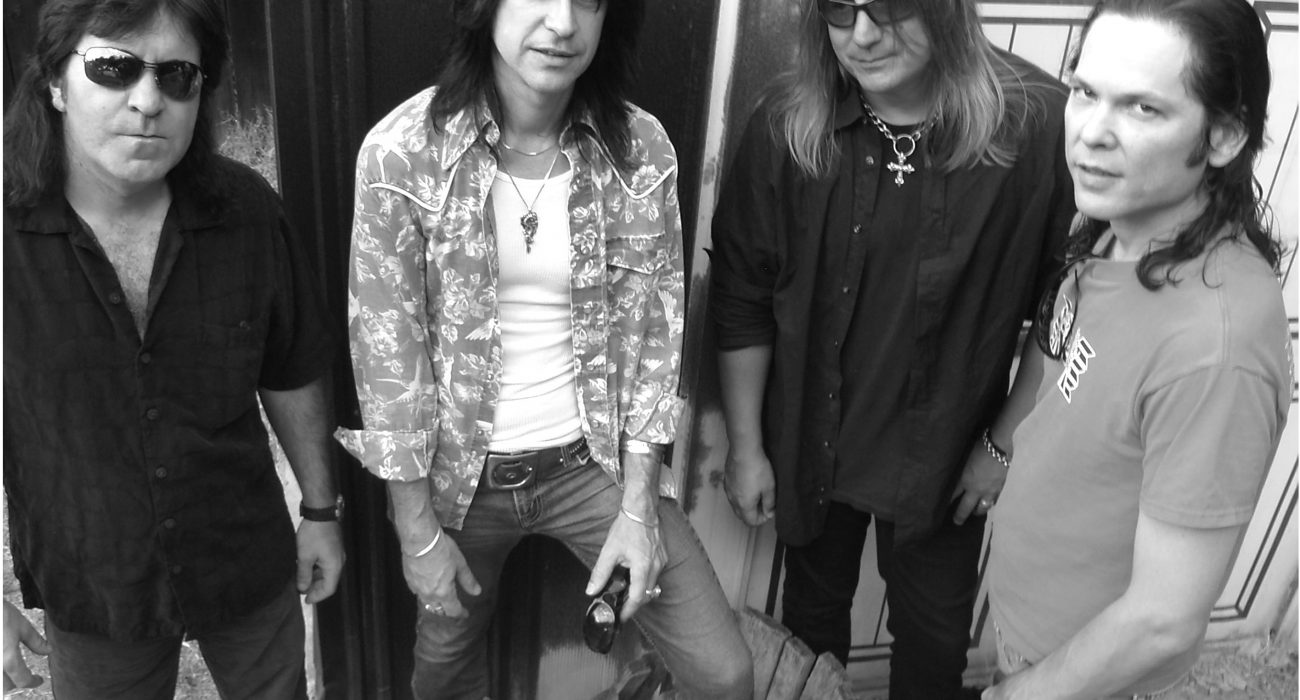 Georg Dolivo, along with the rest of Rhino Bucket, are all set to embark on the 2015 Monsters of Rock Cruise to the Bahamas later this month. This cruise – four days full of sea, sun and rock star debauchery – will inevitably bring a whole new meaning to ‘rock the boat’. They will be joined by some of rock ‘n’ roll’s most legendary names of the last 30 years or so. Tesla, Europe, Night Ranger, Extreme, Kix and many more are all confirmed for what is a rather unusual performance concept, but it’s a gig that clearly has a certain appeal to bands and solo acts every year, including Georg. “It’s four days of non-stop rock ‘n’ roll, beers and sunshine. Why not do it?” Fair point. No-one can really argue with that.

When Georg formed Rhino Bucket in Van Nuys, California in 1988, the likes of Guns N’ Roses and Van Halen were already gaining internationally-acclaimed success. Not that I intentionally brought it up to rub it in his face, of course. It’s difficult to place a finger on why Rhino Bucket didn’t join them and ‘take off’ in the mainstream, and I’m not the only one. “If I knew the answer to that, I would be a millionaire. Actually, there quite a few great bands that didn’t get the success that they deserved. For example, Junkyard, Sea Hags, The Hangmen, Darling Cruel, LSD, The Unforgiven, etc.” Georg, though, is not one to dwell on any notion of what could have been. “If you pick up a guitar purely for financial reasons, you’re heading down the wrong path. It takes a passion. I’m proud that after all these years; we are still touring, still making records, still a band.”

In all those years of touring and making records, Rhino Bucket’s sound has drawn unsurprising comparisons to rock ‘n’ roll compatriots and juggernauts, AC/DC. A comparison which, and quite rightly so, Georg is happy to embrace. “To a certain degree, we were all fans of early AC/DC, probably more so for Greg Fields [original lead guitarist until 1996] and myself. As young men drinking and fighting in the streets of Van Nuys, they were the sound-track to our lives.” The AC/DC connection goes far beyond stylistic similarities, as Rhino Bucket had a former AC/DC drummer behind the sticks for two albums. Simon Wright, originally from Oldham in Greater Manchester, appeared on Rhino Bucket’s 1994 album PAIN, and The Hardest Town in 2009. It’s a small world in which who you know, counts. “Our original drummer left the band, and his wife knew Simon’s wife, and a couple of phone calls later, we got together and jammed. It worked instantly and he has been a good friend ever since.”

You would be forgiven for thinking that by having a former AC/DC drummer on their books, he should have worked wonders for their reputation. Sadly, that didn’t appear to be the case. “I’m not sure it did anything to raise or lower our profile. Hmm, maybe it did, as everyone is a fan of Simon, myself included.” I ask Georg what he knows about the music scene in Manchester, having worked so closely with Simon. “I don’t know much about the Manchester music scene, but I do know that the greatest football team that has ever existed resides there at Old Trafford, Manchester United!” A man who is more First Division than Joy Division, it seems. Or maybe he’s just, Simply Red? “Oh yeah, I’m a life long Manchester United fan. My favourite players were Roy Keane and George Best. I secretly hope that Cristiano will come back to us.” He’s not the only one. “But I doubt that will happen.“ Again, he’s not the only one. “Paul Scholes was the best midfielder of his generation, and Ryan Giggs should be spanked for what he did to his brother.” Spanking, though, I’m sure was one of the many things that got him in to trouble in the first place.

Football aside, Rhino Bucket haven’t performed in the UK for what is coming up to ten years now. With a strong rock fan-base that would welcome and embrace Rhino Bucket with open arms, there should be no issues with coming over and playing a few UK gigs, should there? “Ah, England and their lovely border agents… Three of the guys were deported in 2005 because of a lack of work permits for a gig we were supposed to do in Manchester. I wasn’t as I’m a EU citizen [Finland]. Although the promoter offered to come down and pay for the permits, the agent wouldn’t have it, and thus the deportation. When we were back at the airport, 12 hours later, they handed us tickets for only the guys being deported, leaving me stranded.” Having a lack of permits may not be as much of a ‘rock ‘n’ roll’ reason for not being allowed to perform here as, say, throwing televisions out of hotel windows (I know, very clichéd), but Georg hopes that one day, Rhino Bucket can return. “We would love to play in England, Scotland, Wales, and Northern Ireland, but until someone with enough clout and legal knowledge to make that happen comes forth, I’m afraid we shall remain ‘persona non grata’ in Great Britain.”

Unfortunately, the setbacks do not end there. “We do not have the rights to our first two albums, which were on Reprise/Warner Bros. Records. For quite a while, they were out of print, but a couple of years ago Rhino Records, not affiliated with us in any way, re-released them on iTunes. Legally, they have to send us reports every three months but they have yet to send a single one. So again, legally we should receive full ownership of the first two albums as a result. But, we do not have the financial resources to take on the lawyers at Warner Bros. and they simply ignore us and continue to sell our first two records on iTunes with out sending a single royalty report.” For any band, the music ‘industry’ can be a very dangerous game to play. In all his years with Rhino Bucket, Georg has accumulated enough wisdom and experience, both good and bad, to write an entire series of books, never mind just one. His simple advice to new bands is to “lawyer up and trust no one. Not everyone is a crook, but everyone is there to make money, including your lawyer. So make sure everything is in writing and crystal clear. And also remember, there is not a single person who you will ever meet that works at any record company that you yourself couldn’t do a better job than what they do. It’s the crime of the century, they call musicians clueless but they themselves are as dumb as dirt.”

Despite the troubles with their first two albums, Rhino Bucket are in the process of making a new one. “We have a good number of songs written and are scheduled to record this summer”. Writing songs, as well as worshipping Manchester United, is one of Georg’s great pastimes. “There is a certain excitement in getting a song down and then visualising how it will be realised in recording and then received live”. Not one to deviate from a proven musical formula, Georg says that any new album is “always going to be straight ahead, bang your head rock ‘n’ roll!” Not that it should come as any surprise. Rhino Bucket have powered through the last 27 years without any pretence to be anything other than a great rock ‘n’ roll band, playing the music they love, to people who love to hear it. They are amongst the last of a dying breed, but there is no chance of this rhino kicking the bucket (sorry) any time soon.