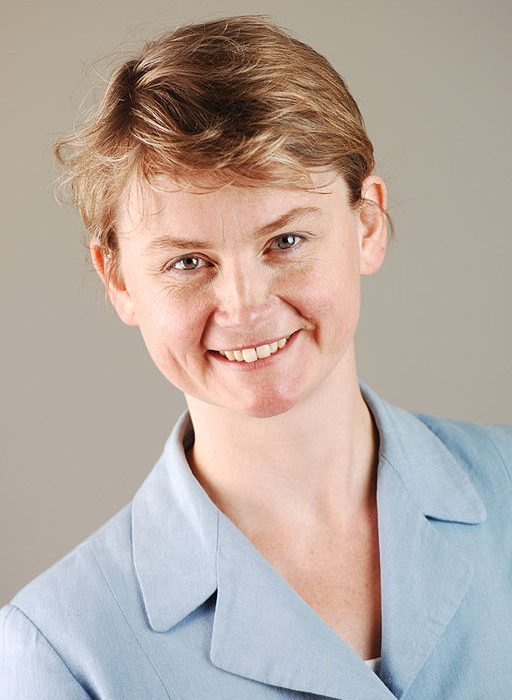 Did Yvette Cooper position herself as the feminist candidate despite anti-feminist actions? Photo: Wikimedia Commons

I’m sure I wasn’t the only feminist to follow the coverage of the Labour leadership and find myself questioning the way in which Yvette Cooper has been touted as the feminist candidate.

Feminism has and continues to be one of the most slippery—excuse the pun—modern political cleavages. The problem is that feminism has often been commodified and reduced to a political volleyball, bouncing in and out of the political vacuum of the day to score the occasional point for the candidate in question. The Labour leadership election has been no exception to this trend.

Feminism, when understood as an ideology which seeks to highlight uneven power relations between genders, with the ultimate aim of achieving genuine equality, takes on a particular importance in the context of the economically sexist austerity of today’s Britain. Therefore, feminism, and any candidate regarding themselves as a feminist, should try to defend and shift those silenced and marginalised voices into the forefront of political debate.

It’s no secret that austerity hits disabled, elderly and black and minority ethnic women disproportionately hard. In 2010, the government estimated that around 500000 public sector jobs would be lost due to austerity measures, and the ones lucky enough to survive would endure wage freezes and reduced pensions. With women making up 65 per cent of the public sector workforce, these statistics paint a pretty dismal picture.

However, with estimates from the Office for Budget Responsibility now suggesting that the figure for public sector job losses could be closer to 1.1 million by 2019, the prospects for women and other underrepresented groups living and operating under austerity are looking far more bleak than imagined just five years ago.

Placing these statistics in the wider picture of cuts to social security services, such as legal aid, which have hit lone parents especially hard—90 per cent of whom are single mothers—highlights the gendered dimension of austerity. Single parent families will lose around 18 per cent of their income due to cuts in jobs, accessibility to housing and in work benefits, with 53 per cent of the recipients of housing benefits being single mothers. Cuts to these services will not only punish and penalise these individuals, but their children, further entrenching intergenerational poverty.

Equally, BME women are far more likely to work in the public sector. Around 46.5 per cent of black women of Caribbean origin in paid work are employed in public services, making BME women far more vulnerable to the damaging impacts of austerity. Impact assessments of austerity policies have also highlighted the difficulty facing elderly and disabled women who rely on social care provided by local authorities which unsurprisingly, also face cuts.

When considering these statistics it is important to see them as one small part of a much larger and insidious way in which the programme of austerity has infiltrated the mainstream political debate. The silencing of the voiceless becomes normalised while those already underrepresented in our society are abandoned on the periphery. Now, I’m sure you’re reading this and asking, “how does this have anything to do with Yvette Cooper?”

The foundations of these types of measures are not the responsibility of the Conservative government alone but also of the New Labour elite and The Guardian’s favourite, Yvette Cooper. In 2009, when she was secretary of State for Work and Pensions, Cooper approved the amendments made to simplify the medical criteria for claimants to be awarded Employment and Support Allowance (ESA), a benefit in place to provide financial support to those who have found difficulty finding employment due to prolonged disability or illness.

The amendments that she approved began to lay the foundations for the normalisation of shunning the vulnerable. The amendments Yvette Cooper approved included changes to the criteria of mental health descriptors. Of the 41 mental health descriptors, almost half were removed from the list, meaning that illnesses that are harder to detect such as anxiety and depression were far less likely to be recognised.

The amendments also included determining whether a claimant was eligible based on their ability to lift objects with the stump of amputated limb, or whether claimants with speech impediments could write a sign saying “the office is on fire,” which would prevent any points being awarded for any speech impediment.

There were of course some positives to the review, including the extension of financial support of those about to undergo chemotherapy. However these measures of “simplification” should not amount to a trade off between one form of disability with another. Considering the damaging effects that these measures have had, these amendments were nothing short of crude and their approval does not amount to defending the vulnerable and marginalised in our society, Ultimately, there is nothing feminist about it.

Considering the feeble opposition presented by Labour in the face of austerity (need I mention the catastrophic failure of the so called opposition to the Welfare Bill?), as well as the changes approved in 2009, I can’t help but notice the discrepancies between a candidate that suggests she will defend the marginalised and vulnerable with the reality of her policy history.

In failing to effectively oppose austerity, there lies an element of collaboration with it. It is no good labelling or regarding yourself as a feminist candidate if you fail to effectively oppose measures and policies that disproportionately target women and other underrepresented groups. I would argue that the policies Yvette approved while in office worked against what feminism seeks to do.

Feminism and equality alike deserve more than lip service; both require the recognition of the more subtle ways in which gendered inequality occurs. The sexism of austerity is one of them.