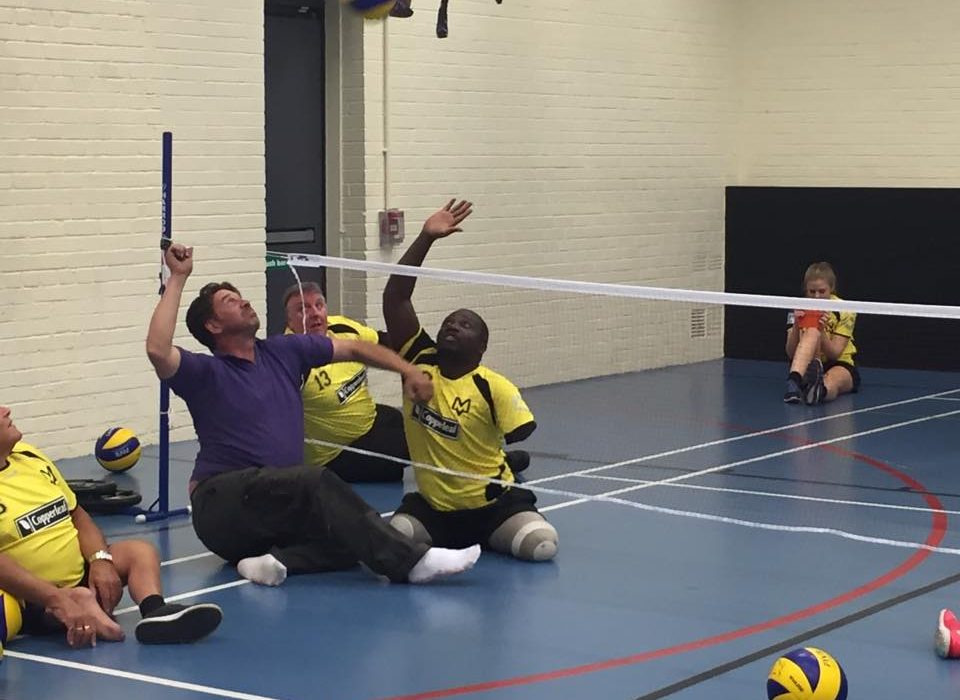 Whether you are a Fresher or a returning student, the University of Manchester has countless sports clubs and societies that, between them, can offer you an inexhaustible well of opportunities into which to dip your hand. From September through to June, you will be able to participate in ball sports such as football, rugby or cricket; to try out martial arts or even competitive swimming; there’ll be chances for you to flex your brain within the Debate Society or to demonstrate your interest in student media.

Perhaps you already have an idea of what clubs you will be signing up to, or maybe you are waiting to be impressed at the fairs; but what about sitting volleyball?

What is sitting volleyball?

A high-octane variant of the indoor standing game, sitting volleyball was preliminarily designed and implemented for ex-servicemen and -women who returned from conflicts with wounds that classified them as disabled. Nerve and spinal cord damage and amputations are all catered for in sitting volleyball, because the game only asks that you can do two things: Raise one of your arms, and shuffle on your bottom!

Having been showcased at the 1976 Toronto Paralympic Games, sitting volleyball has since been played as a medal-winning sport. China’s women won gold at London 2012, while the men’s final saw Bosnia and Herzegovina beat previous holders Iran.

In the UK, sitting volleyball is governed and officiated by Volleyball England, who host a Grand Prix series from September to April, with a cup competition played in the final month. In order to increase participation of the sport, Volleyball England ruled that the national level (a step below the Paralympic stage) should be open to both disabled and able-bodied persons to compete. And this is where your opportunity comes in. Of the ten teams regularly registering and competing in last season’s competitions, seven of them are based in southern areas such as Canterbury Wyverns, Essex Pirates and Portsmouth Sharks. The north’s representation came in the form of a team formed in 2014: Manchester Marvels Sitting Volleyball.

Why should you try sitting volleyball?

If you want to try sitting volleyball with no prior knowledge of the indoor/standing format, that is completely encouraged; of the team’s 15 members, only three (including the coach) joined with any previous knowledge or understanding of volleyball rules. By the end of the season, three of the team’s female members (one of which was new to volleyball) were involved in a tournament in which they beat Team GB’s women’s team!

The team is also very keen to increase participation of disabled persons and will hold up no barrier for anybody wanting to give the sport a try. Following a recently-announced Sport England statistic that 17.6 per cent of the UK is classifiably disabled, and only 17 per cent of disabled persons over age 16 play sport for at least an hour a week.

In an attempt to positively tackle this low number, the Marvels worked with Sport Start Cerebral Palsy on June 8th 2015 to deliver a day of sitting volleyball to 92 disabled children, enabling them to try the sport for the first time.

The club was then active at the Wythenshawe Games on Friday the 24th of July working with the community’s children to play sitting volleyball with children both able-bodied and disabled.

For those of you with previous volleyball experience who find yourselves interested in trying a Paralympic sport, rest assured about the team’s conduct and standards. Through well-structured, weekly training sessions, Howard Ainsworth has proven himself a competent trainer, identifying the team’s best hitters, such as Lamin Manneh and Club Welfare Officer Pete Graham and utilizing them in points scoring roles; similarly, founder and Club Chairman Paul Ledward is a renowned blocker and the coach’s latest plans for season two include turning University of Manchester student Shaun Carter and Loreto College attendee Georgina Gledhill into the lynchpins of a two-setter-system.

In order to raise their profile, Manchester Marvels have active and regularly-updated Twitter and Facebook pages, plus their own website, all of which can be found at the bottom; but perhaps the club’s biggest bout of exposure to date occurred last Thursday, the 17th of September 2015 at their current week-day training base, Houldsworth Village, Life Leisure, Reddish. The event? A two-hour training session filmed by the BBC’s DIY SOS, with Nick Knowles himself sitting down to participate.

Lamin Manneh is one of several ex-servicemen and women being housed in Newton Heath’s Canada Street and New Street as part of a large DIY SOS renovation project for their 26th season.

Hoping to create a veterans’ housing community, the BBC team filmed Lamin and the Marvels playing volleyball in recognition of the positive impact that the sport has had on Lamin’s life since his injuries occurred. If you are already a fan of the show, then make sure you tune into the new series for a glimpse of what Manchester Marvels have to offer.

With BBC exposure, a city-wide target audience to penetrate and a growing social media campaign, now is the time to join the North West’s fastest developing sitting volleyball team.