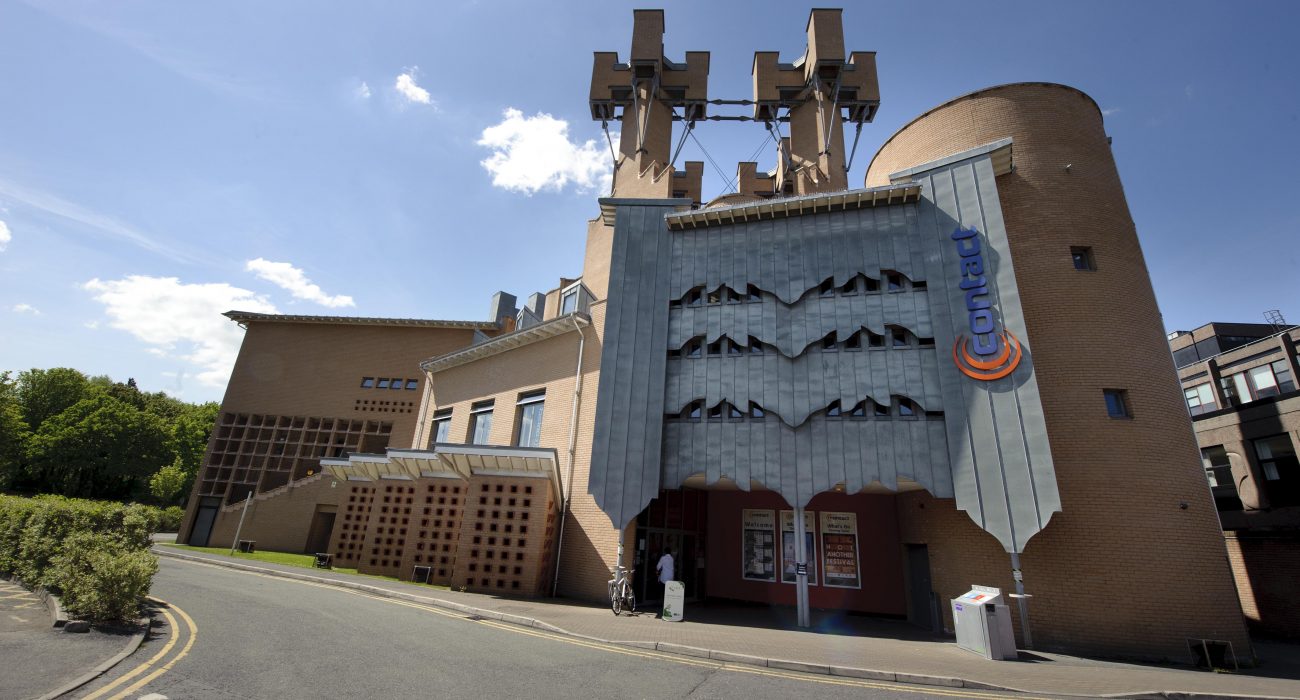 Where to go – Manchester’s best theatres

Contact Theatre
Sitting right next to Manchester Academy, the castle that looks like it has been time-warped from a Hans Christian Andersen tale is the Contact Theatre. Contact specialises in drama, spoken word, and dance; but what is most impressive is the manner in which their ideals have resulted in some of the most unconventional and experimental work in the province.

Contact Theatre are especially good at getting younger people involved, whether this is through workshops or ongoing opportunities for new ideas. Their talent of attracting young audiences from renowned minority areas is something that hasn’t gone unnoticed, due to the fact that many of these younger members help to create the work that is showcased and celebrated throughout the season.

The Palace Theatre
Known to many as ‘The Grand Old Lady of Oxford Street’, the Palace Theatre was built in 1891 but took a direct hit during the Manchester Blitz. Since then, the theatre has received a major refurbishment, granting the venue better stage facilities yet keeping the iconic red velvet of the traditional interior. The theatre is today owned by Ambassador’s Theatre Group, who also own Manchester Opera House (the Palace’s sister theatre just down the road).

In regard to their programme, their shows gravitate towards the popular end of the scale, showing West End musical classics such as ‘Mamma Mia!’ and ‘Mary Poppins’ but also classical events such as the English National Ballet—particularly popular towards the end of the year.

The Royal Opera House
The Palace theatre’s sister stage, the Royal Opera House has held many guises throughout the years. Dating back to 1912, the prestigious theatre was once a bingo hall; however, today, the venue’s resources match that of any modern venue, allowing them to play host to big shows such as ‘Saturday Night Fever’, ‘Annie’ and ‘Jersey Boys’.

HOME
The newest to our lineup, HOME is the £25 million child of cultural champions Cornerhouse and the Library Theatre. Opened in early 2015, the brand new arts centre has everything from two theatres, two extra cinemas, expanded flexible galleries, world class facilities and a promising programme. The perfect place to go if you’ve got an hour or so to spare.

The Royal Exchange Theatre
Despite the fact that the Royal Exchange Theatre has a grand total of fifty years of top quality productions under its belt, it still remains to this day one of the most consistently popular theatres within our city. What makes this theatre different from the rest is the encompassed steel and glass pod sitting in the middle of the Victorian cotton exchange: The Round.

Most productions are housed there; with audience members predominantly at stage level, there are two viewing galleries situated above, completely surrounding the stage. As well as this, the theatre also has a Studio for smaller productions and a gallery for all of your art needs.

The Octagon Theatre
Over 150,000 people visit the Octagon Theatre each year to relish in productions from ‘The Bogus Woman’ to ‘The BFG’. The family-friendly venue offers a wide range to its audience. Main shows are complimented by music, comedy and talks as well as special events and a valued youth programme.

The Guardian deemed the venue “the most revitalised regional theatre in the country,” despite its arguably small-yet-versatile theatre and studio space. It is clear that this member of Manchester’s best theatres has its best interests locked into its hometown due to the fact that it allows local people to audition regardless of acting experience.

The Lowry Theatre
Despite the fact that L.S. Lowry described himself as “a simple man” the building named after him gloats three theatre spaces on top of an impressive collection of paintings and drawings by the man himself. The first and biggest of the three is the Lyric Theatre, which seats around 2,000 people and has held shows such as the critically acclaimed ‘War Horse’ and ‘Wicked’.

The second of the three is the Quays Theatre, which offers a more intimate performance experience while The Studio is the hub for up-and-coming companies and community productions.