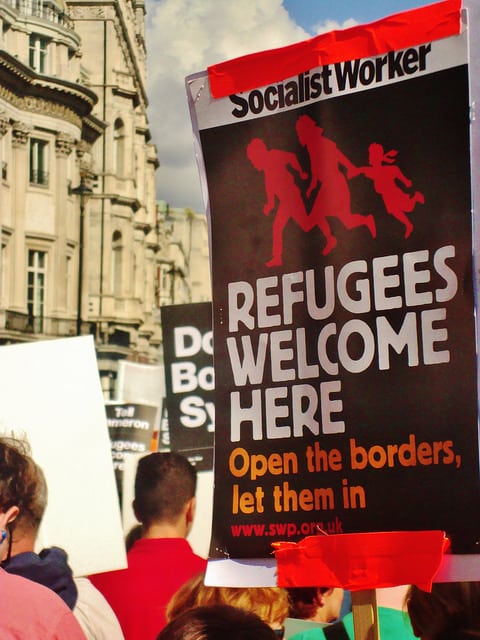 The refugee crisis has unveiled a cold and heartless side to Europe. Photo: Alex Donohue @ Flickr

This August, the Austrian artist, Raoul Haspel, released his track “Schweigeminute” (“Minute’s Silence”), which quickly reached number one in Austria’s iTunes charts. His message: 60 seconds of complete silence to reflect on our responsibilities in the face of the biggest refugee crisis since WWII. 60 seconds to remember the many lives lost.

While a minute’s silence is admittedly more enjoyable than any song an Austrian artist has ever produced, we have to praise Haspel’s bold statement, and praise too, let us not forget, the people of Austria who helped to boost his track to number one, because let’s face it—Raoul Haspel got it right. This crisis is a tragedy. Yet some EU countries, Great Britain particularly, still refuse to see it as such.

Not a day goes by without a deluge of news reports on Syrian refugees and their individual harrowing accounts. In June and July especially, news of Syrian refugees in Calais making the perilous journey to the UK reached front pages all across Europe. Whether it was Katie Hopkins dehumanizing the refugees by referring to them as “cockroaches”, or The Daily Mail’s wildly insensitive cartoon tying in Cilla Black’s death with the Calais migrant crisis, the major right-wing UK media only helped to proliferate a hostile, anti-immigration rhetoric.

It should not have taken the photograph of the young Syrian refugee, Aylan Kurdi, whose body had washed up on a beach in Turkey, to provoke a response from the British government. “Europe can’t allow people to drown” – it is as simple as that.

Earlier this summer, time and time again, Cameron emphasized the Royal Navy’s effort in helping refugees cross the Mediterranean Sea, referring to HMS Bulwark’s “key role in saving lives.” With this, and Parliament’s recent announcement that Britain will take up 20,000 refugees by 2020, the Prime Minister is already congratulating himself with a hearty pat on the back; however, there is a fatal flaw in the system.

You cannot rescue migrants and refugees crossing the Mediterranean, bring them to safety in Greece, Italy or Turkey, but then refuse to let them enter your own country. Especially when countries like Greece, devastated by economic turmoil, saw the arrival of around 50,000 refugees in July alone. 4.1 million people from Syria are in desperate need. Turkey has given succour to 1.9 million people, and 25% percent of Lebanon’s population is now composed of refugees. We can conclude from these figures alone that Britain’s effort of taking in 20,000 refugees by 2020 is insufficient and poor.

In fact, in the case of the small German city Goslar, the city council is actively looking for more refugees to create more economic growth. As Germany’s population is becoming older and begins to decline, some regions need more citizens to prevent an economic collapse. Goslar’s mayor Oliver Junk has a pragmatic approach: “We need more staff and professionals. That’s why I say we need more refugees in Goslar.” Let us say good riddance to the myth that refugees and migrants from Eastern Europe and the Middle East are crossing over to Europe to take ‘our jobs’ and ruin ‘our economy’.

Now while this article has hitherto been inherently critical towards Britain’s response, it must be said that even Germany, who has shown a great amount of initiative and open-mindedness this past summer, has had trouble keeping up public morale due to government officials announcing that the number of asylum seekers would soar to more than 800,000 in the next year.

For instance, Angela Merkel was heavily criticized for failing to respond to the various anti-refugee riots, in which German residents blocked camps to protest the flow of refugees in Heidenau and Freital. And while emphasizing the UK’s significant foreign aid expenditures is no way to deflect calls to accept more refugees into the country, it is noteworthy that Britain’s aid budget reached £11.7 billion, becoming the second largest international aid donor.

Further, while David Cameron’s “swarm” of migrants comment outraged British citizens, the Hungarian Prime Minister shocked Europe with comments that could easily be perceived as Islamophobic. He stated, “I think we have a right to decide that we do not want a large number of Muslim people in our country,” referring to Hungary’s history as part of the Ottoman rule in the 16th and 17th century. Evidently, Hungary is still holding a grudge from the past, while countries like Germany have clearly moved on from their history and learned something.

In order to see improvements on the refugee question, the EU has to be forced to make fundamental changes to its frail asylum system. As the Guardian Migration Correspondent, Patrick Kingsley, aptly points out, the chaos surrounding the refugees in Europe only initially spread because “some European countries treat refugees more humanely than others”. By implementing a standardized asylum policy across Europe, EU countries could see equal numbers of refugees spread across the continent proportionally.

Media footage of refugees arriving into Munich being welcomed by huge applauding crowds, and Angela Merkel’s strong engagement with this issue, have diminished the image of the “ugly German”—a reputation that the people of Germany have carried since WWII. Britain has been presented with an opportunity here to show the rest of Europe that they, too, will do their fair share to help; however, the government has yet to commit to any large-scale changes in its asylum policies. Let us hope then, for the UK’s sake, that an “ugly” prefix does not come to haunt it in the future.

More than anything, this crisis has unmasked the ugly face of ignorance. And it is ignorance about the history of civilisation and of world affairs that leads to a lack of compassion, to disrespect, and to intolerance. 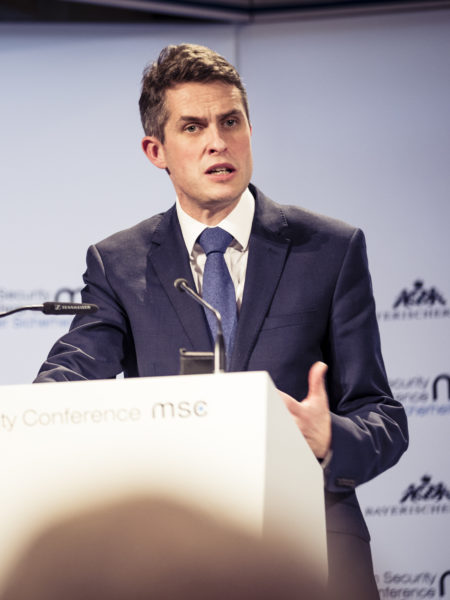