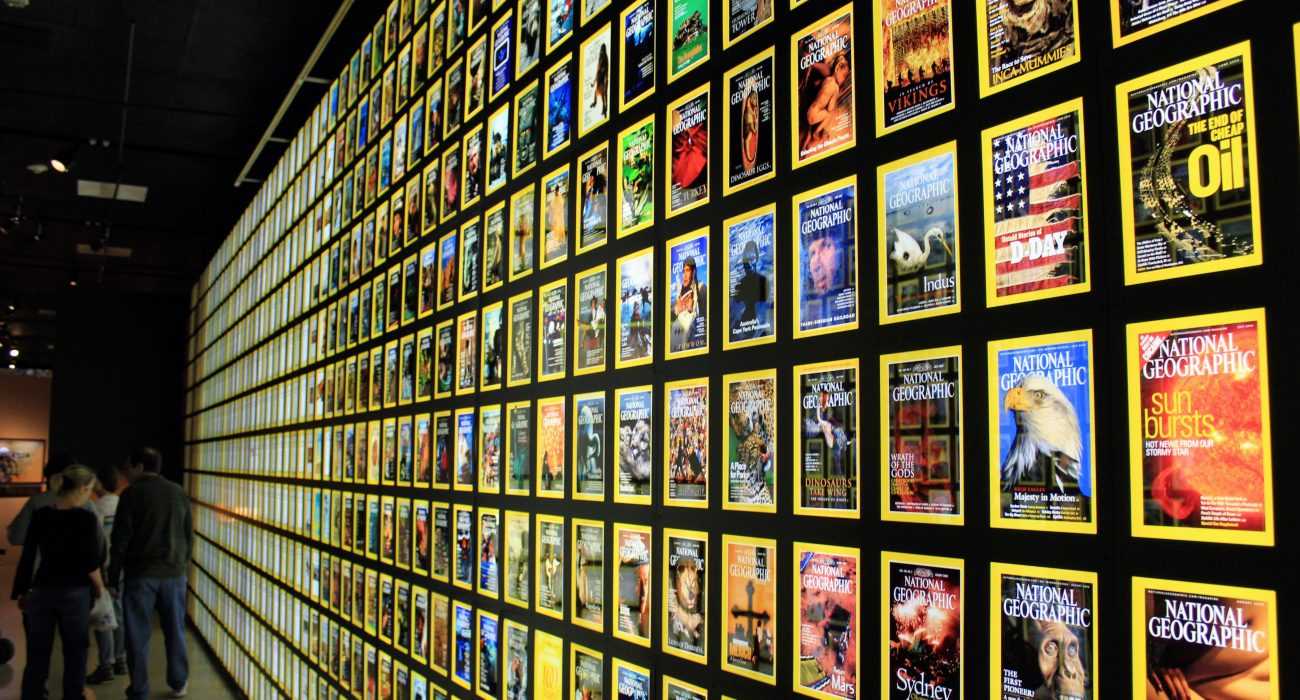 The National Geographic Magazine has, in its own words, been “inspiring people to care about the planet since 1888.” It is one of the largest non-profit scientific and educational organisations in the world and one of its chief interests is the “promotion of environmental conservation.” It is, without doubt, a tremendously valuable institution to anyone who takes even a remote interest in the planet upon which we live. It is obvious then, why 21st Century Fox’s recent majority purchase of the magazine has made waves.

21st Century Fox is the same company that has publicly (through their news channel, Fox News) called climate change a “superstition” a “scam” and a “hoax.” Their founder and executive co-chairman, Rupert Murdoch, has said of rising sea levels that “we’ve just got to stop building vast houses on seashores and go back a little bit.” How can the interests of a magazine that is committed to reducing global warming and exposing the truth about the harm humans are doing to the environment be reconciled with those of such a cancerous enterprise as Fox? Clearly, something isn’t right here.

There has been an element of confusion surrounding the deal, so the basic facts of the transaction are thus: 21st Century Fox have taken over 73 per cent of the magazine for $725 million, while the National Geographic Society, the owners since its inception 127 years ago, retain a 27 per cent stake. This has been described as merely an expansion of a venture that has been going on for some time; Fox have owned the associated Television channels (still under the NatGeo name) for 18 years, and they have thus created a new entity called National Geographic Partners.

Upon hearing the news, many voiced their concerns that the National Geographic Magazine will take a U-turn in its editorial line on the issue and follow that of its new owner, with desrisive tweets including “I give National Geographic 18 months before publishing its first piece of climate change denial.” Irish Green Party Politician Dan Boyle was one of many who posted mock-up covers of future editions, with titles including “If Global Warming is real, why is it so cold out?” and “Who needs animals anyway?” as well as “How rising seas are giving whales more room to swim.” Satire it may be, but it is a huge worry.

National Geographic has been leading the way in exposing and addressing the human impact upon climate change for many years. Is all of this going to take a backseat now that the magazine is owned by a multinational corporation that has little to no interest in climate change, aside from displaying its occasional scorn for those naïve enough to trust science?

Meanwhile, Murdoch himself, aside from his farcical comments about rising sea levels, has made it fairly clear how much credence he gives to the irrefutable evidence pointing to an impending environmental crisis. In a 2014 Sky News interview, he claimed that in the wider scheme of things, Australia isn’t contributing much to climate change and so doesn’t need to take action, while China does.

True as it may be that China has a far bigger carbon footprint than Australia, that is because it has more people. This phenomenon, known as the Travesty of the Commons, is equivalent to you or I leaving the lights on 24/7, “because one person won’t make a difference.” It is essentially the process by which humanity is driving, flying and burning its way towards catastrophe. Murdoch, one of the most powerful people on the planet, is a major proponent of it. His company’s takeover ofNational Geographic seems a pretty damning example of capitalism conquering a cause.

The trouble is that the magazine is stuck between a rock and a hard place. Like so many other print publications, it has been in decline with the growth in popularity of online journalism, not to mention the vast freedom of information that the web now provides. In short, people no longer need to subscribe to the National Geographic Magazine to gain awareness of the scientific, geographical and historical issues that it has led the way in exposing for so long, and it has been on a low trajectory towards extinction for quite some time.

The National Geographic Society has admitted as much in a statement, and their CEO Gary Knell said the venture will help to “continue to fulfil our mission long into the future,” while Susan Goldberg, the magazine’s Editor-in-chief was more sheepish, saying that Fox “have not always represented the National Geographic brand… in a way we loved or even they loved.” She added, “holding still and doing the same thing is not a sustainable position.” National Geographic needs the money, and the sad fact is that a partnership with Fox is the only way to preserve the company’s longevity.

Those most worried might take comfort in James Murdoch’s—son of Rupert and CEO of 21st Century Fox—comments, saying he revered the magazine, which he has purportedly read from a young age. It must also be noted that Fox would potentially be shooting itself in the foot from a PR perspective in ruining the good work that National Geographic has been doing for so long.

That said, one must ask the question: since when has bad publicity ever bothered a Murdoch-owned news outlet? One can only hope that this is merely the end of the magazine’s non-profit status, and that nobody intends to meddle with its content or cause. Only time will tell.