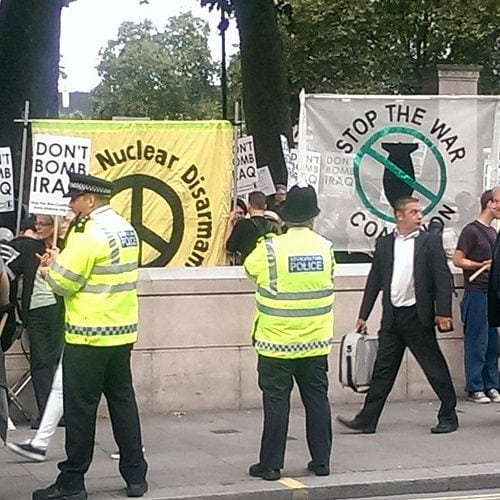 During last week’s labour party conference, the opportunity for debate on a contentious topic close to Jeremy Corbyn’s heart was conspicuously missed: Nuclear Disarmament. In a party already divided due to his election as party leader, maybe this was a wise move. But all that is being done now is kicking the can down the road.

Shadow Defence Secretary Maria Eagle has been asked by the new leader to head a debate on the topic in the future, giving Corbyn time now to make the assurances which will bind the party together further. He is adamant to persuade his shadow cabinet that his way is the right one—but is it? Should we be reducing our nuclear stockpiles, or is it necessary for us to renew and even expand them?

In 1970 the Treaty on the Non-Proliferation of Nuclear arms (NPT) was ratified and put into effect by three world nuclear powers—USA, the UK and Russia—in collaboration with other nation-states. The treaty was joined by 191 states in total—including France and China, the remaining two of the five early nuclear powers—making it the world’s largest and thus most significant treaty on nuclear weaponry ever finalised.

But what does it entail? Principally, that any state possessing nuclear weapons must, firstly, refuse to spread or increase their use and, secondly, systematically reduce their stockpile. Any non-nuclear state is also under obligation to use nuclear technology for strictly peaceful means.

The problem is that there is no international authority governing states’ adherence to the principles underlined in the treaty: We saw how this could go wrong with the case of Iran over the past several years; indeed, it is only international condemnation and embargos which offer disincentives to not follow the NPT.

The treaty was created in pursuance of global safety from nuclear weaponry—something we were starkly reminded of with the 67th anniversary of Hiroshima last month. What we are all afraid of is nuclear obliteration; opposers of Corbyn simply argue that the existence of nuclear weapons as a deterrent is far more important in preventing this than their reduction.

There is some truth to such remarks; danger is lurking out there. Four states are non-signatories to the NPT and North Korea withdrew from the NPT in 2003. On top of this there is the threat of nuclear weapons arriving in the other Middle Eastern countries, as well as what is already in Israel.

Although Israel has a principle of ‘ambiguity’ regarding its nuclear capabilities, one which increases tensions in the Middle East, evidence exists that it does have several warheads—the state remains under pressure by world powers to allow a formal review by the International Atomic Energy Agency (IAEA). India and Pakistan specifically are non-signatories on belief in the discriminatory grounds of the NPT creating groups of ‘Nuclear-haves’ and ‘Nuclear-have-nots’ and largely use nuclear technology for peaceful means, while both maintaining stockpiles of nuclear weapons. What North Korea intends is anyone’s guess.

However the danger that is out there is nowadays debatably more a product of the fact that some states do have nuclear weaponry and others do not. In the period after the war, historians like John Lewis Gaddis argued that nuclear weaponry transformed the narrative of military conflict. The threat of weapons of mass destructions changed the world from one in which war was an easy option to one in which it was a very serious last resort, arguably allowing for the avoidance of a ‘hot war’ during the 20th century.

Yet since the horror of nuclear weaponry has been demonstrated, and tensions between world superpowers are no longer as high, the need for such weaponry has evaporated. Working towards a world where they no longer exist, having learned from the devastating effects of WMDs, is the next step.

The current Conservative government is intending to spend a huge £100 billion (one quarter of the entire defence budget) on renewing Trident, the UK’s series of nuclear missiles and submarines, in a world where it is perhaps merely lugubrious paranoia to believe they are still necessary. This is money which, in the revival of a recent economic recession, could be put to far more effective use.

Weapons of mass destruction merely give nation-states a platform of power onto which they may step, upon which there is the illusion of safety. Yet everyone standing on the ground below—the ‘nuclear-have-nots’—look up with a mixture of fear and envy.

Despite the fact that India and China have adopted ‘No First Use’ policies, and NATO members, in the same capacity, agree to use warheads only in defensive means, this kind of rhetoric is only meaningful during periods of relative peace. Yuval Harari, Professor of History at the Hebrew University of Jerusalem, has made a succinct point that states that having nuclear weapons is more dangerous when afraid than when secure.

The danger is not that people will deliberately use warheads, but that they will do so accidentally—most likely out of fear. It is now, where we are experiencing a period of general safety, which is surely the best time to start eradicating nuclear threats. The irony is that what we are all afraid of—war and nuclear apocalyptic destruction—can be prevented through the disarmament of nuclear technology entirely. But, everyone is too scared to take the first step: That’s a Catch-22 if ever there was one.

At the last review of the NPT in 2010, United Nations Secretary General Ban Ki-moon reminded the global community to “remember that you are here not simply to avoid a nuclear nightmare, but to build a safer world for all.” That safer world doesn’t only lie in the reduction of threat from nuclear war but also from the reduction of damage to our health and the environment. Greenpeace even state that “every human alive now and over the next tens of thousands of years will carry radioactive elements created by nuclear tests, research and deployment, causing an increase—however small—in their lifetime cancer risk.”

Global Zero is a united campaign of global leaders that advocates nuclear disarmament, what they believe to be the single route towards global safety from WMDs. The US and Russia, who own 90 per cent of the world’s nuclear weapons, have already agreed under this campaign to reduce their stockpiles by 500 warheads by 2018. So where is the UK in such a movement?

By moving to reduce our own stockpile—and becoming the first NPT signatory to commit to entire nuclear disarmament—we will be making a loud political point. One that says, quite simply, “it can be done.” Jeremy Corbyn believes he received such a large mandate because of his commitments to do exactly that and it is one which he is determined to live up to. His true test though is, perhaps, not attempting to persuade people that it is the right path, but inspiring in them the courage to walk down it. 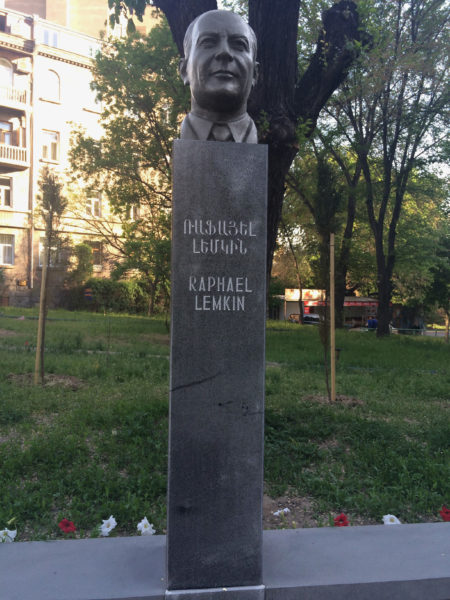