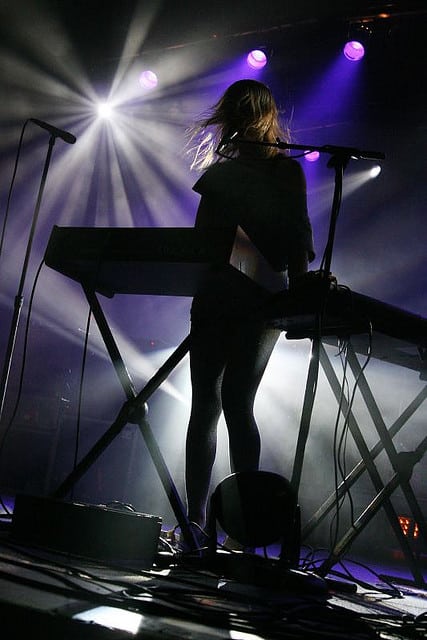 Metric really know how to put on a show, walking out wearing comical animal head masks and holding torches, seemingly hovering across the dry ice. It looks preposterous, but the band pull it off with both panache and good humour. It also helps that they’re a ferocious live act, whisking you off your feet into outer space by way of euphoria-inducing pop. “Let’s take Mars before the Californians get it,” frontwoman Emily Haines enthuses and, for a moment, you really do believe that they can.

The old songs sound brisk and self-assured; the new songs are lithe and dazzling, as glittery as the band’s custom-made keyboard stands, adorned in sequins. Guitarist James Shaw’s otherworldly Theremin only adds to the space-age aesthetic. They storm through the sleek, strutting ‘Lie Lie Lie’ with the vigour and exuberance of a new band with something to prove. Haines even manages a few costume changes. At one point, she comes out sporting plumage decorated with multi-coloured traffic lights, looking like an extra-terrestrial peacock. Later, she wears a fluorescent green cape singing over soured, beat-heavy electropop under UV light. The rest of the band also join in the sartorial sci-fi highjinks by donning futuristic LED shades.

Metric’s gaze is set firmly on the future, even if tonight’s set harks back to the gleaming synthpop of the 1980s in the mould of Depeche Mode. There are moments that strongly recall Arcade Fire’s magnificent synth-studded ‘Sprawl II’, but for the most part, everything sounds fresh and modern. ‘Youth Without Youth’ is a terrific, galactic glam-stomper from 2012’s Synthetica, thrown in between songs reminding you that Metric were doing CHVRCHES well before CHVRCHES. The band exude confidence, maintaining an unerring level of quality throughout. If anything, they’re too professional, but they leave the audience on a tremendous high. As the band triumphantly exit the stage, Earth seems a million miles away. 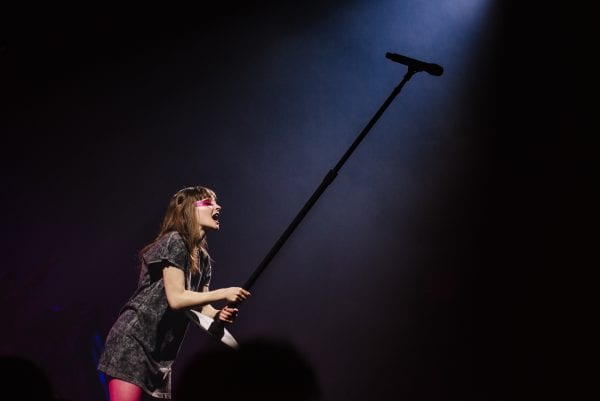 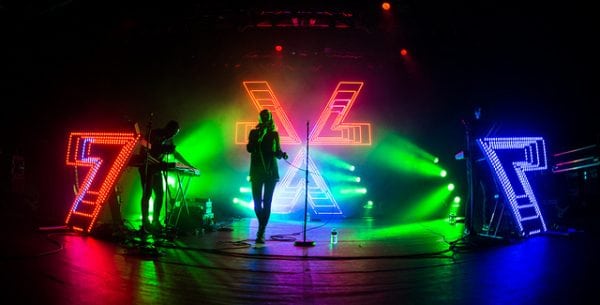 Live: Chvrches at the Albert Hall 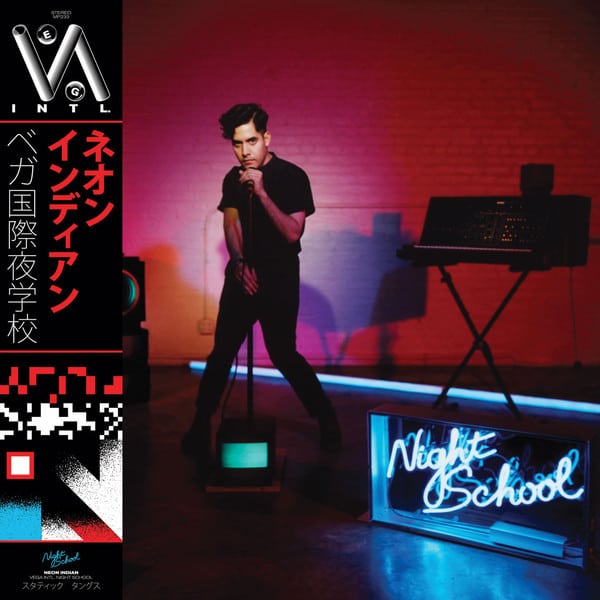