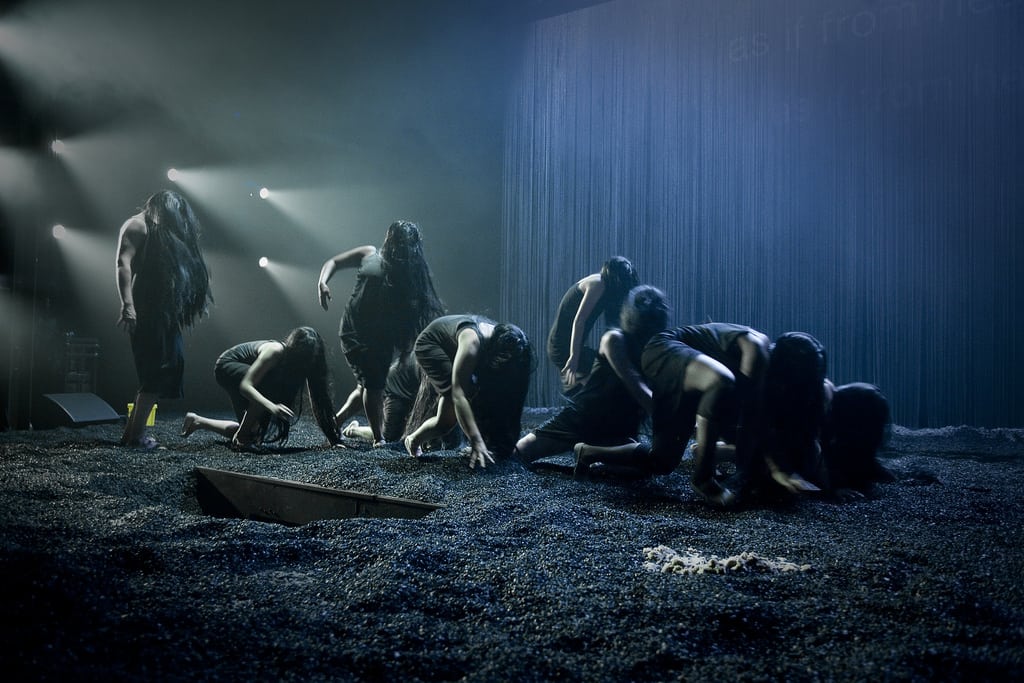 A thick, bleak atmosphere hangs over the stage as Blanche McIntyre’s production of Aeschylus’ Orestiea begins—a somewhat fitting vibe for one of the greatest works of tragedy in all of drama. But as a story of murder, revenge and justice, even anyone not familiar with Greek tragedy need not be reminded that what they are about to see is a rather dark tale. Yet this production shouldn’t be seen as a relentlessly sombre affair—on the contrary, as the Oresteia has a number of moments of wild humour that are well executed in this production. What we are given is an interpretation that has flavours of both the Classical and the Modern.

One of the most noteworthy aspects of this play is the use of the chorus—one of the most pivotal parts of any Greek tragedy. As many will have heard, this production uses a team of local volunteers. This works marvellously, as they interact with the characters, sometimes from the stage, and sometimes from among the audience, there is a direct sense of involvement, heightening the audience’s relation with the characters on stage.

The performances from the limited main cast are all solid albeit not as powerful as we might hope; some of the most memorable characters in Greek tragedy, such as Clytemnestra, are featured in the Oresteia, and though the actors do these characters justice, we are still left with a sense that they could have been pushed a little further.

The decision to use Ted Hughes’ concise translation of the play is another strength—alongside the richness of the language, this translation takes us at speed through the vicious and bloody drama, hitting us hard with one act of murder and vengeance after another. Alongside the atmospheric darkness, this bare bones edition of the narrative makes the whole production suitably stark and sinister.

Although this is not the finest production of Aeschylus’ trilogy you will ever see, it’s more than worth your time. It sometimes feels lacking in the rich characterisation that makes much of Greek drama so powerful, but the show’s design and smart use of the chorus make for an exquisite and accessible demonstration of Aeschylus mastery of Greek tragedy.

The Oresteia runs for an hour and 45 minutes, with no interval. Blanche McIntyre’s production is available to see at Manchester’s HOME until Saturday the 14th of November, with a special post-show discussion being held after the show’s performance on Friday the 13th of November. To watch the trailer for The Oresteia please click here.