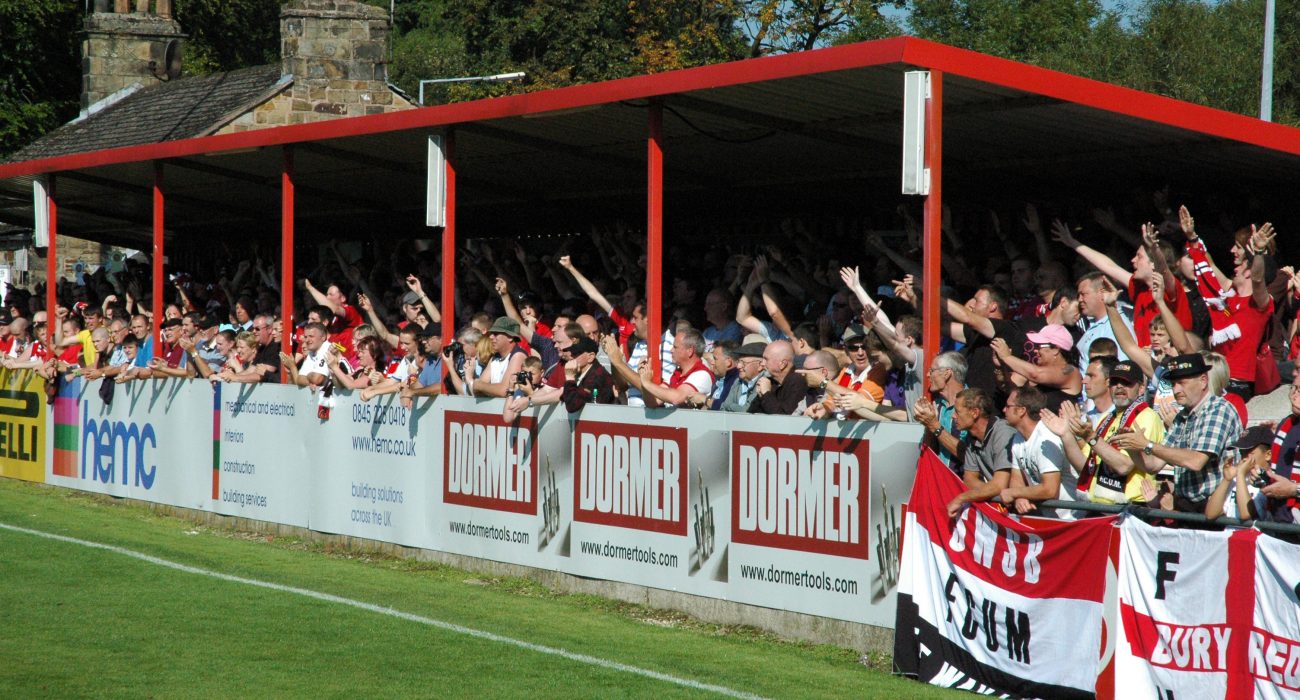 It is undoubted that a certain level of indifference towards the FA Cup pervades the attitudes of Manchester’s Premier League teams; League titles (at least for City anyway!) and progression in the Champions League are the priority, with the prestige and financial benefits being far superior. However, amongst the clubs lying in the depths of the English footballing pyramid, the fervour surrounding the competition is as strong as ever.

This fervour could not be more appropriately characterised than by Salford City. The club, currently in their second season following the takeover by a string of ex-Manchester United stars and Singaporean business-man Peter Lim, had their moment in the spotlight when their first round match was picked for broadcast by the BBC. The change in ownership had brought immediate effect, with the club being promoted as champions of the Northern Premier League Division One North.

The media focus following the takeover meant a considerable amount of hype surrounded the club come match-day. The stage was set for Salford.

They took their opportunity in some style, recording an impressive 2-0 victory in front of the BBC cameras. In truth, Salford dominated the match from start to finish. Their home ground, Moor Lane, was packed to the rafters, providing a hostile atmosphere for the opponents, Notts County. It would be an injustice to Salford to say that Notts County were dreadful, and as a result, they came home comfortable winners.

Salford began like a team possessed. They closed down the opposition with lightning efficiency, not allowing the team who were 59 places above them in the English league structure to get a foothold in the game. Both teams were showcasing a selection of ex-Premier league players: Alan Smith (ex-Man United), Jon Stead and Danny Webber to name a few. However, it was Salford’s Danny Webber that made the telling difference.

Webber’s obvious talent, talent that enabled him 39 appearances in England’s top division and nearly 200 in the division below, provided Salford with the cutting edge to break the deadlock. A brilliant cross from Salford number 12 James Poole was finished off coolly by Webber to put the home team up 1-0 less than 20 seconds into the second half. Following this, a fine substitution by the Salford management paid dividends; Richie Allen was brought on in the 70th minute, scoring within 3 minutes of his entrance. A fine individual goal, with Allen beating numerous opposition defenders, led to a calm finish in the corner from inside the box. Rapturous celebrations around Moor Lane ensued, not least of which by Gary Neville, Salford City co-owner, whose euphoria was caught by the television cameras: a true FA Cup giant-slaying was on the cards.

An anxious last quarter ensued; the team’s nerves unmasked when a horrible mix up in defence resulted in a Salford defensive clearance rebounding off the goal-keeper, diverted towards the Salford net. Steven Howson made up for his error with a heroic goal-line clearance. This bravery effectively sealed the win on a historic night. Salford City FC were rewarded with a home draw with Hartlepool in the next round. The match is to be played on Friday December 4th.

Salford’s success could not be replicated by their city rivals, FC United of Manchester, who suffered a 4-1 home defeat to Chesterfield, a team ranked 78 places higher than them in the league standings.

Unlike Salford, who were able to shut-down their opponents through relentless defensive pressure, FC United found themselves 2-0 down within 12 minutes. Chesterfield, who had ex-Manchester United reserve Sylvan Ebanks-Blake in their ranks, learnt from Notts County’s mistakes. They immediately pressed their technical advantage, silencing the home crowd before FC United could get into the game.

While the match lacked spectacle, it did contain controversy. FC United were founded in 2005 by a group of supporters angry at the Glazers’ takeover of Man United. The club is owned by its fans, with membership (£12 for adults and £3 for children) allowing one to vote in club decisions. The club seek to champion sustainability in a football world dominated by excessive spending and high ticket prices.

The club’s supporters weren’t happy at the team’s FA Cup match being rescheduled for a Monday night in order for it to be broadcast by the BBC. They took to protesting, with around 100 fans choosing to not enter the stadium in the first-half, following the match by radio. Additionally, there was a plethora of banners around the stadium, the designs of which expressed anger at the FA; they felt that the FA was putting TV interests ahead of football fans’ interests. Thus, while the football was largely uninspiring, FC United as a club were able to voice their opposition to the state of football in 2015.

Other notable results from Greater Manchester include:

Altrincham 1-0 Barnsley; non-league Altrincham defeated a team 56 places above them to progress to the 2nd round for the first time since 2001. They will play Colchester United away in the next round.

Bury 4-0 Wigan; Bury inflicted a crushing defeat on the competition’s 2013 winners. They will face a short trip to Rochdale in the second round.