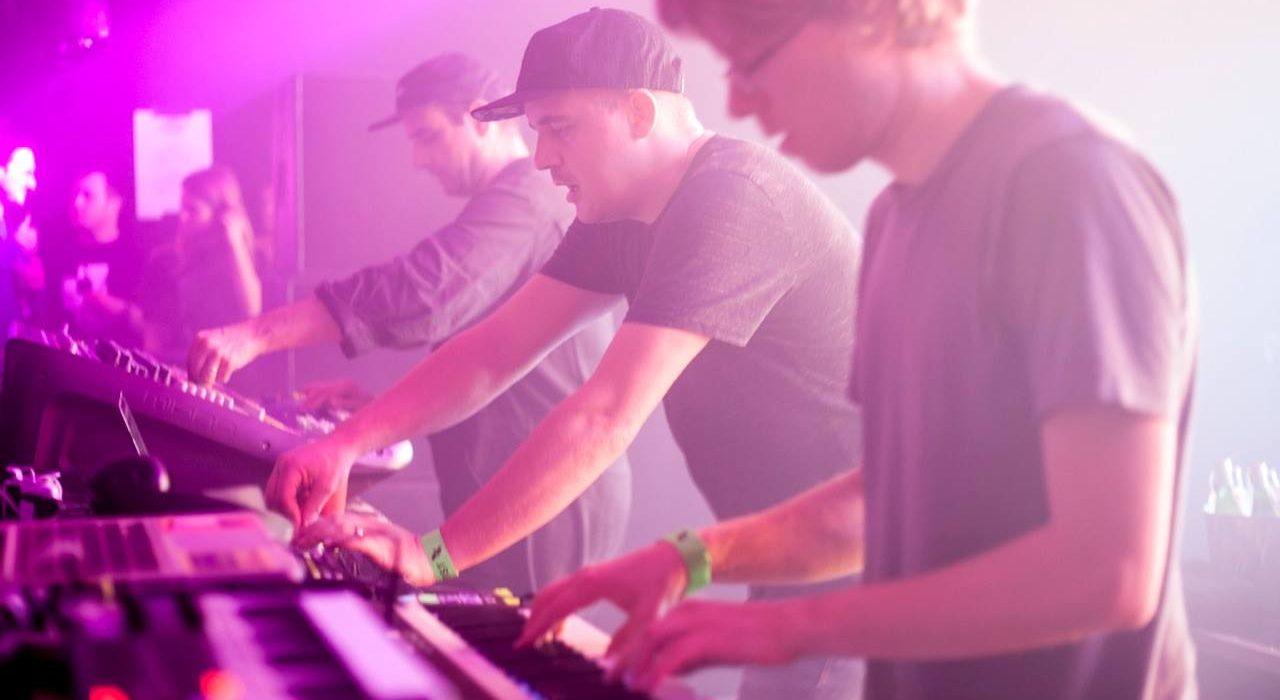 It was always going to end this way, but what would techno be without the ever-building anticipation of the inevitable? After 50 releases over ten years on their record label 50weapons, Modeselektor brought their label side-project to a close with one last night at Manchester’s very own Warehouse Project. Other producers connected to the imprint have come along for the ride, including Dark Sky, Shed and Truncate, here to bury the crowd in the deepest beats of the releases.

But before our favourite Germans can even get the party started, the English and Americans show them how it’s done through a moody DJ set from Dark Sky, followed by Clark’s analog live show with mind-bending oscilloscope visualisations to boot. Although a strange choice to follow in a prime-time set, Truncate played a low-key but suspenseful list, building up the psychic anticipation within tonight’s audience—a pleasantly spacious crowd due to the night not being completely sold out. In a dense space like these brick vaults beneath Piccadilly, it’s easy for the vibes to quickly sour with the tight surroundings…but not tonight. As WHP audiences come, this one is bubbling away at the top.

Unsurprisingly, the night climaxes with an all-out live set from supergroup Siriusmodeselektor playing a mix from Siriusmo and Modeselektor’s back-catalogs. Having the trio onstage recreating humongous tracks like ‘Berlin’ before savagely smashing them to pieces in brutal breakdowns that sent the audience crazy, felt like a refreshingly unique and special moment for all of their dedicated followers here tonight. The warm, fuzzy bounce of their signature bass was proof that even the most serious of German techno could still be fun and playful, too. Rodhad followed and continued to rip apart preconceptions with a beautifully minimal but melodic set. For any who heard it, it would be impossible for all but the snobbiest haters of techno to resist staring at their own feet and dancing in silent appreciation for two, maybe three hours.