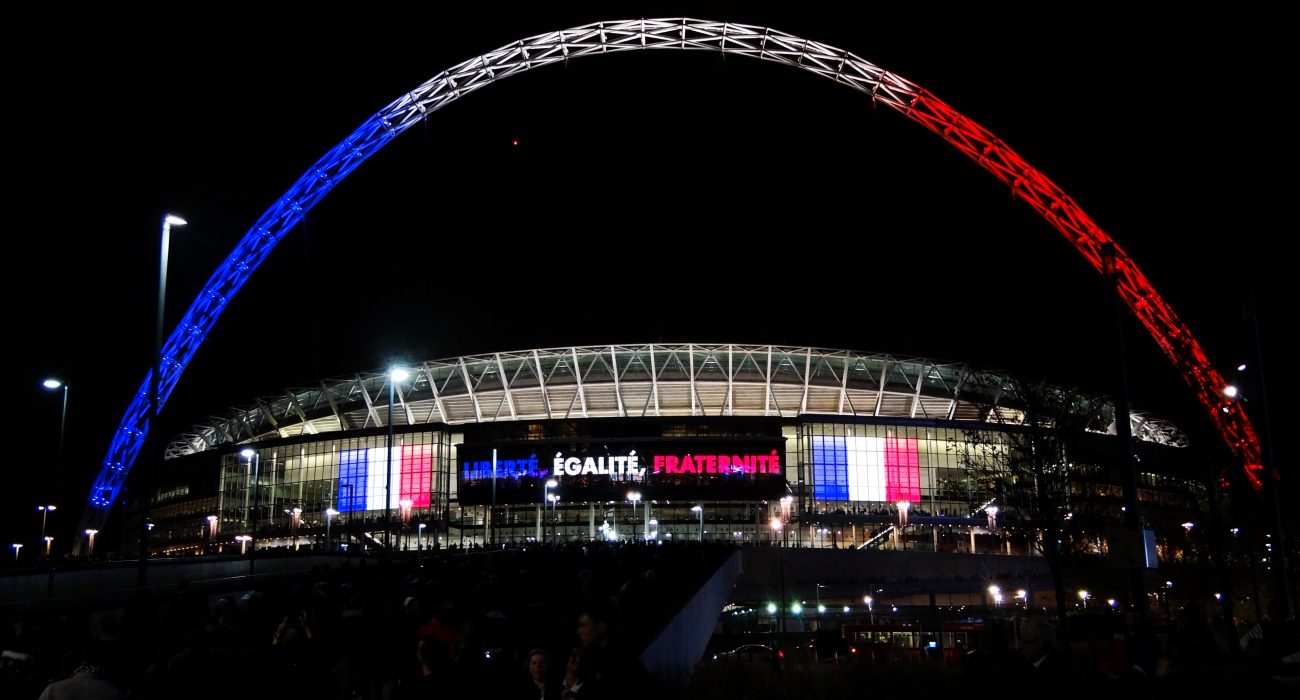 Tuesday saw the English and the French locked in battle yet again, as the two old rivals met at Wembley stadium to fight in a battle; a battle like no other. The two became allies, as the English put an arm around the French and embraced them, letting them know that “nous sommes ensemble”: We are together. In a match previewed to be practice for either side before the 2016 European Championships, the final score became irrelevant, with the match transforming into the most important game of football in the 21st century. Reminiscent of a Second World War Christmas Day Armistice, this game put all differences aside to fight fear itself.

France has found itself in a period of mourning after 129 people were killed on Friday the 13th of November following a sequence of co-ordinated terror attacks throughout the capital city. The attacks took place in areas around the Stade de France, where the same French players who played in Wembley on Tuesday were up against Germany, only to see the crowd take salvage on the pitch as fear surfaced. England scout Alan Cork was at the game and described the scenes; “when the crowd was on the pitch, I expected someone to burst in with guns.”

The instigators sought to terrorise the French people. Paris, the most romantic city in the world, had become home to panic. Only a day after the attack, ITV News captured the scenes when a restaurant was met with a stampede of people in search of safety, with tables and chairs broken and people trampled, due to fear on the streets that something had happened again. In reality nothing had, but this is the feel of a country on edge.

A country on the edge, but a country climbing back to safety. On the very night of the attacks, the French people began to fight the most important battle in order to combat this; they fought fear. The most terrifying night in many of these peoples’ lives led to many of Paris’ residents leaving their doors unlocked and a blanket on their sofa—as the fleeing Parisians were able to find safe refuge in the homes of others. A door expected to be locked, was left open.

It is paramount that these events not be taken lightly, but retaliation to the attacks is to meet them with a lack of fear. Charlie Hebdo has always been a publication never to mince its words, and the reaction of this publication to the news of the attacks was not one of fear, politics or military. Instead the magazine went with the headline of “ils ont les armes. On les emmerde. On a le champagne!” They have weapons. Fuck it. We have champagne! This was placed above a picture of a man drinking champagne, with it pouring out of the bullet holes on his body. This has been met with a variety of opinions, as some believe this satire is disrespectful and stupid; others believe it is brave and typifies the French—that they will not be beaten down.

W. Clement Stone once said “thinking will not overcome fear, but action will.” Action was taken across the globe as a statement of solidarity spread. The French flag was projected on monuments around the world: Wembley Stadium, Shanghai’s Iandama Building, Christ the Redeemer in Brazil, the world’s tallest building in Dubai, and the Sydney Opera House to name a few.

Football of the world took action also. The match at Wembley began after a series of moments of respect were held for France, and the French people. A minute’s applause, and a minute’s silence were both impeccably conducted, but it was the singing of ‘La Marseillaise’ that captured the hearts of the world, as the English put aside their patriotism to show their humanist nature and sing aloud the French national anthem. England players stood side by side with the French nationals, and Wembley roared. Nevertheless, most of that roar was in a terribly imitated French accent.

The game was attended by FA President Prince William, Prime Minister David Cameron, Arsenal manager Arsène Wenger, leader of the opposition Jeremy Corbyn, Mayor of London Boris Johnson and many other high-status figures to fight fear head on. They were not the only people, however, to feel they needed to face this fight; presumably in response to Friday’s attacks, 10,000 more people bought tickets to Tuesday’s match, and only 100 took up the option of having their tickets refunded. Although helicopters circled, SAS units patrolled and the police were armed, the British people still had to show great bravery in attending the game and projecting solidarity.

Roy Hodgson described the occasion as “very poignant [and] it was everything I expected it to be.” Hodgson conducted himself magnificently before, during and after the game. The England manager spoke French in the pre-match interview and embraced Didier Deschamps at the start of the game. It is easy to confuse these acts as political, when in fact they are instead acts of empathy and solidarity with humanity, from the footballing world.

The epitome of the show of strength from the players is present in Lassana Diarra—the French midfielder started the game on the substitutes’ bench despite losing his cousin in the Paris attacks days earlier. The volume of the crowd was at its height, not when England scored, but instead when the Frenchman was substituted on to a very emotional pitch, in a particularly moving moment.

The England team was not the only national side running the risk of danger in order to show support to the French that evening though, with the Germans scheduled to play host to the Dutch. German boss Joachim Löw described his thought process of going ahead with the game beforehand. “It became clear [to me] that the game had to go ahead. It’s going to be a clear message for freedom and democracy. It is about respect and support for our French friends.” The game, however, was cancelled 90 minutes before kick-off was due, and the HDI Arena in Hannover was evacuated and people were told to go home.

The city’s president of police Volker Kluwe descried the cause of the evacuation as due to a “concrete security threat.” German Chancellor Angela Merkel was set to attend the match, and a similar sign of solidarity was set to be displayed through a French mosaic around the stadium. Belgium’s friendly with Spain in Brussels was also cancelled on Monday, the day before it was due to be played. The France manager, Didier Deschamps, made a big call in not telling the French national side about the called-off German game prior to kick-off. This highlights just how much the odds were stacked against this game taking place, and yet it still went ahead without incident, sending shockwaves around the world.

The German manager, in the pre-match conference against the Dutch, described the importance of a result from the games. “If we manage to turn this game into a signal, then we will already have won, regardless of the result.” Löw puts it better than anybody else could, and this applies to the England-France game, too. Not one English national newspaper had the scoreline on the back page the day after the game. The story was made as soon as the whistle sounded the start of the first half. French newspaper L’Équipe lead with the headline “Thank you” the day after the England friendly took place.