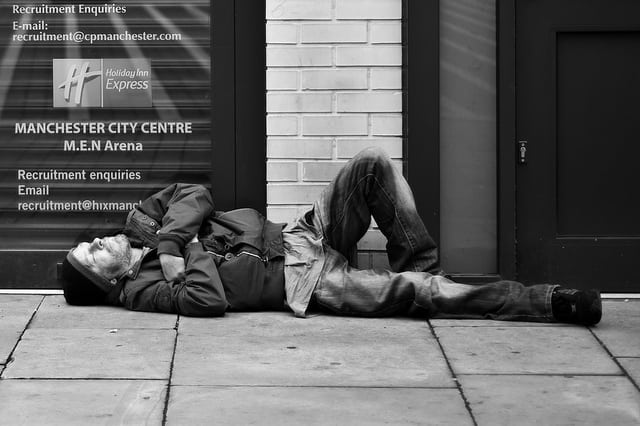 Hulme Library and the Beech Mount children’s home in Tauperny have been announced as the first of the new overnight shelters to be opened for rough sleepers.

These two buildings, having been shut since 2013, are the first of the town council buildings being reshaped into facilities for Manchester’s homeless.

Homelessness has been a rising issue in Manchester, with the amount of rough sleepers in the city having surged by 50 per cent in 2014. The issue reached a pinnacle this October with the eviction of the ark homeless community near Manchester Metropolitan University.

In the wake of the eviction, Manchester United stars Gary Neville and Ryan Giggs began allowing homeless citizens to stay in their Stock Exchange Hotel. The council issued statements shortly thereafter about their own plans for reshaping abandoned buildings into overnight shelters.

164 new beds will be created between the two buildings. These are partly funded by the council and partly funded by charity groups. On top of this, the centres plan to provide support for medical, drug, and alcohol conditions.

A transportation system to move the large number of homeless in the city centre to the shelters is also being investigated by the council.

Paul Andrews, the executive member for adult health and well-being on the Manchester Council, describes this as a “lengthy process.”

“We have now identified the first pair which we can open and we’re now continuing to carry out inspections so we can open more empty buildings in other parts of the city.”

“While providing shelter and a roof over their heads is obviously a good start,” Andrews explains, “what’s really important is working with charities, faith groups and our own homelessness services to make sure the right help and support is available to rough sleepers so we can help them make the first steps towards getting off the streets for good.”

The buildings will be available to Manchester’s homeless starting next month.