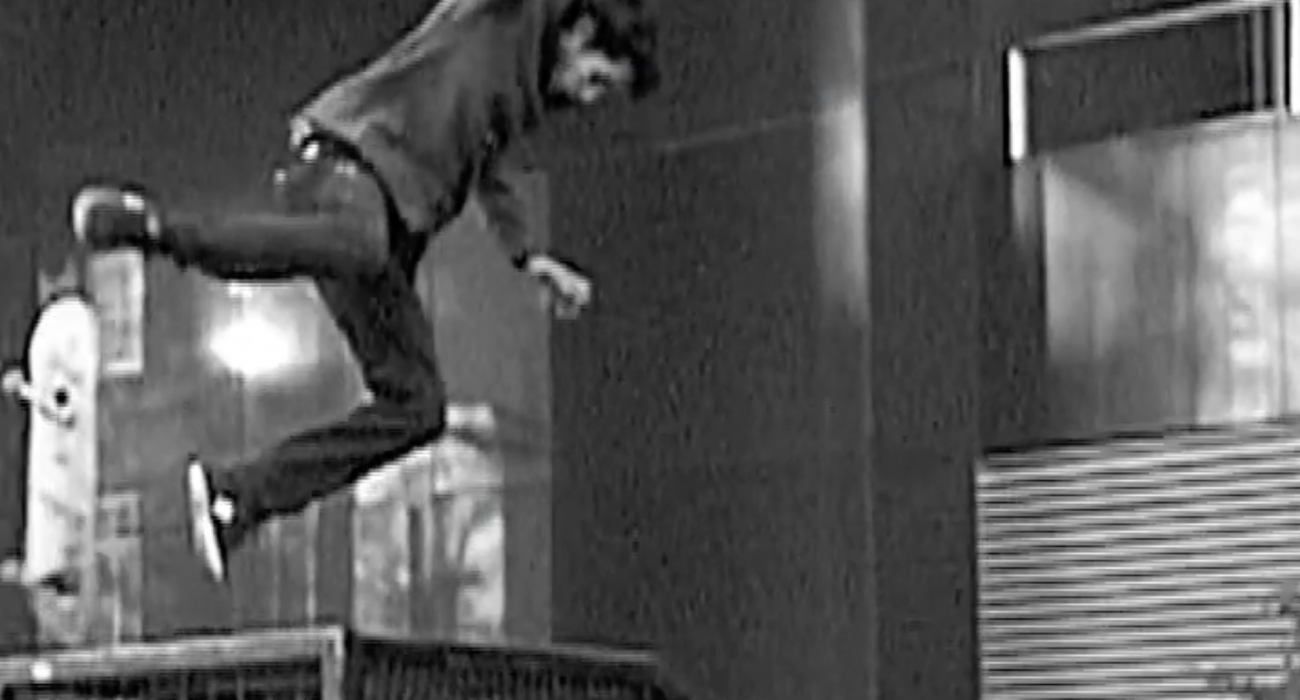 Out of the ashes of the once-great Blueprint Skateboards, rose Isle. It was the brainchild of industry stalwart Paul Shier and Nick Jensen whom—as well as career in skateboarding—acquired a BA in Fine Art from Central Saint Martins and an MA from the Chelsea School of Art and Design. Together, they began a new era of British skateboarding.

On the 17th November 2015, they held a screening of their first visual offering, Vase, above the Terrace in Manchester’s Northern Quarter, as part of a premier tour around the UK.

Vase was shot and edited by Jacob Harris. His previous film, Eleventh Hour, had started out as just a ten minute promo for online magazine Grey—which then evolved into one of the greatest independent films to come out of the UK, winning Best Video at the 2014 Bright European Skateboard Awards.

The film was shot using the Sony VX1000—by the far the most famous format for capturing skateboarding. The VX1000 is discontinued by Sony and has been known to be infamously difficult to repair. In a brief discussion after the screening, Harris confessed to going through “five or six” cameras over the two-year filming process.

Vase opened up with a two-song part from London native, Tom Knox, who is easily one of the best skaters coming out of the UK at the moment. Knox’s part was incredible—an onslaught of amazing footage from some of his hometown’s grittiest spots. It was a great testament to his and Harris’s long-term friendship.

The part which I personally, was most anticipating for, was that of the ever so stylish, Sylvain Togneli. The native Frenchman’s part was filmed largely in Berlin and did not fail to disappoint, that it could even survive as an instructional video on how to properly skate a bank to ledge. Jon Nguyen and Paul Shier shared a song for their parts and featured some quality downtown L.A. footage. Casper Brooker had clips from Paris and London. Despite the different locations, all the spots had a similar aesthetic and slotted together seamlessly—no doubt a pre-meditated notion for the project.

Chris Jones had the last part, which was also a two-song epic. I was really surprised by the level of Jones’s skating. When he kickflipped across stairs, and into the bank at the undercroft, there was an audible sound of jaws dropping, followed by some serious cheers.

The music supervision for the whole video was exceptional, partially because it was so different from the current skate music Zeitgeist. Instead of a soundtrack of What a Time to Be Alive hits and obscure, wordless house tracks, Harris opted instead for the sounds of Roy Orbison, The Smiths and a wonderful cover of Bob Dylan’s ‘I Shall Be Released’ by Nina Simone.

With full-length features becoming more and more antiquated, Vase was a wonderful lesson in delayed satisfaction. It was also very exciting to see a new echelon for British skate films.