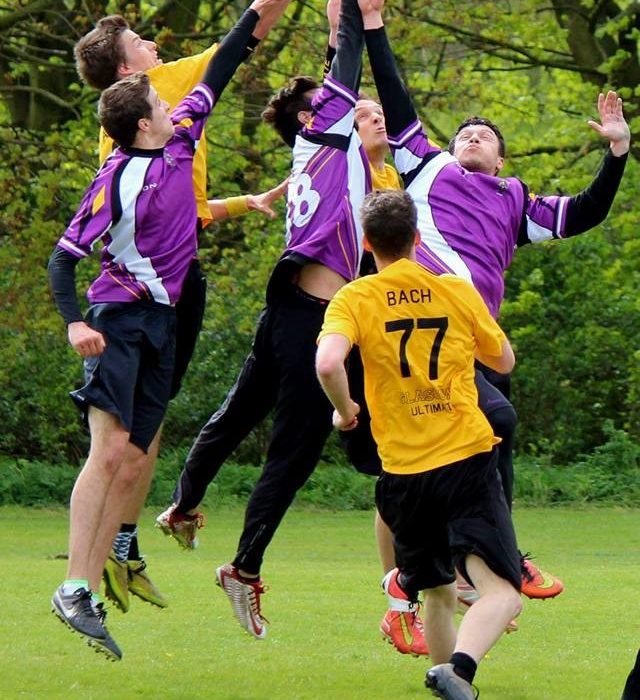 Ultimate Frisbee is a fast-paced BUCS sport that has recently received full recognition from the International Olympic Committee and gained professional status in the United States. Imagine a perfect blend of American Football (without contact), and Netball if you are new to the sport. The University of Manchester team, nicknamed Halcyon, has consistently been one of the strongest programmes in national university ultimate frisbee over the past decade. However, a win at nationals (indoors or outdoors) has so far eluded the club despite the numerous silvers and bronzes.

With an incredibly strong core group of players, including representatives of the Great Britain U23 team from 2015 (Steve Dixon, Amelia Cartwright and Oliver Gray), and the Mexican U23 coach, Pepe Espinosa, Halcyon Ultimate is one of the most experienced and athletic clubs in university ultimate. As such, this year’s men’s squad will be one of the favourites to win nationals in April. With the increased recognition, such a win would earn the university approximately double the number of BUCS points as it has done previously.

The club is one of the most rewarding for social players and this aspect of the club is ever expanding. As well as weekly socials, these players have the opportunity to take part in fun tournaments and have amazing weekend trips to other cities that include big parties. UoM Halcyon Ultimate has an exceptional prevalence of international students, which reflects the global nature of Ultimate and the UoM. Students from Mexico, USA, Japan, Lithuania, Italy and Malaysia are all represented amongst a large membership.

The 2015 – 16 season thusfar includes strong performances from UoM Halycon Ultimate. The new #BUCSWednesday league structure saw Halcyon—with four players in their rookie year—defeat Sheffield University 12-10 in a tough battle on the 28th October. A combination of injuries, inexperience and absence of big players resulted in a disappointing loss at home to University of York 10-14 on the 4th November. On the 25th of November, Halcyon bounced back with exceptional professionalism and composure to beat current league leaders and biggest rivals in the North, Durham University 14-10. Exceptional performances were made by Andranik Barsegjan and rookie Ben Frankish. The team also included Will Thatcher and Josh Koch, both in their rookie year, who both played notably strong defence. The win sets up a tight battle for the regional title and puts Halcyon in a very strong position to qualify for nationals, needing only one win from two home games against traditionally weaker opposition.

The mixed team began by qualifying for mixed indoor nationals for the first time in two years. Whilst the women’s team failed to qualify for nationals in an ever-more competitive and sizable region, the squad looks to be growing in strength and depth, and the outdoor season looks like providing some strong results. With the aim of strengthening the women’s squad, UoM Halcyon Ultimate will be aiming to recruit as many new women to the sport in January’s Refreshers as possible!

Men’s indoor regionals has been a happy hunting ground for the University of Manchester. Nothing has exemplified the continued strength of the club better than six years unbeaten at the tournament. Additional pressure accompanies retaining such hard-fought club history. Halcyon worked hard to win the group stages and then cruised through the knockout stages to progress to the final. An athletic, skilful and intelligent performance resulted in UoM Halcyon Ultimate beating Liverpool 7-5 in dominant style to secure seven years unbeaten, and some well-earned BUCS points. In addition, the size and strength in depth of the club was on full display. Halcyon were the only university to enter four teams and the third team in particular were very successful, punching well above their weight and finishing above a number of first and second teams.

Should you find yourself enthralled by the prospect of giving the fastest growing global sport on the planet a try, then we train on Wednesdays at 2pm on Platt Fields Park, and Fridays 8 – 10pm in the Main Hall at the Armitage Sports Centre. All are welcome irrespective of playing experience or aspirations within the game.