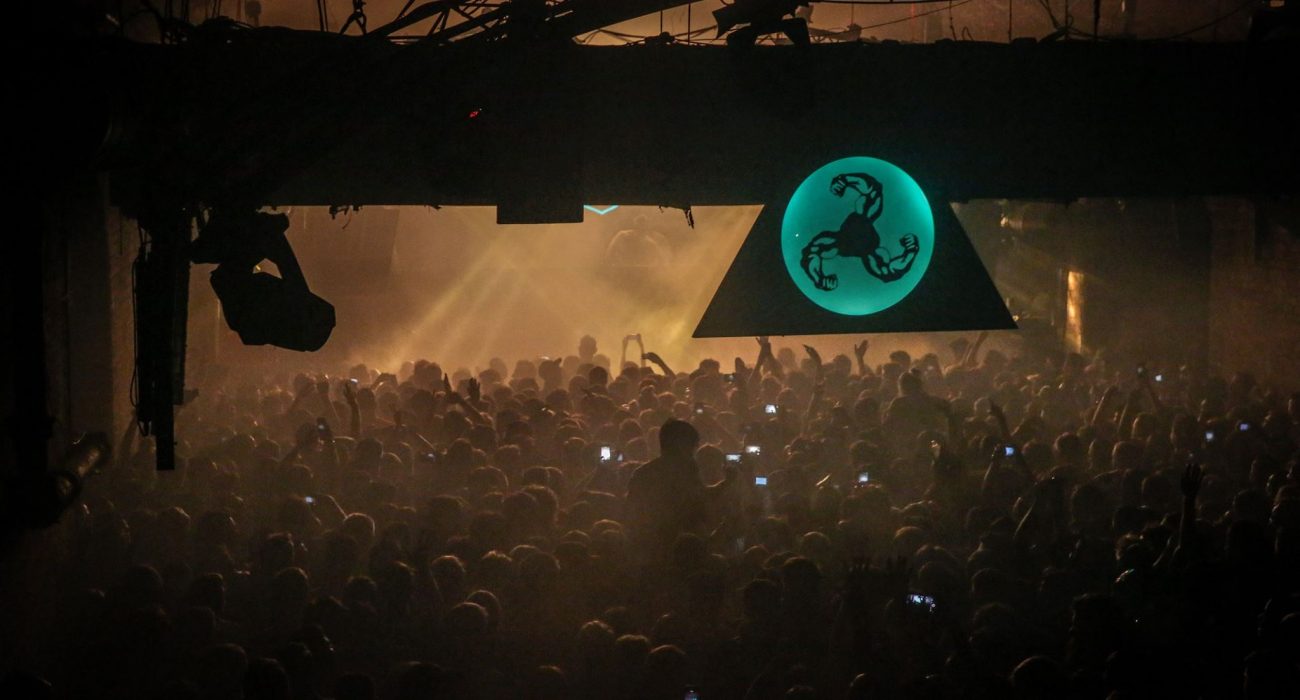 As a house and techno focused night, it might have been one of the broadest of this year’s Warehouse Projects. Although, the moment you entered Store Street’s arches and saw the three bicep logo, lit up in pink neon and descending from Room One’s roof, there was no question as to whom this night was all about.

Ben UFO and Jackmaster warmed up the crowd nicely in Room One. Across in Room Two, Daniel Avery abruptly crushed anyone’s assumptions by opening with a ten minute long chant. Everyone who wasn’t ready for one of his typically disillusioning sets dispersed, freeing up nice space in the boiling room. After dropping the gurgling ‘Drone Logic’ soon after, Avery’s set turned towards more digestible techno rhythms. Strangely though, it was this turn in the set’s mood that prevented Avery’s hour and a half from reaching the freaky psychedelic depths that make his usual sets so enthralling.

The less taxing beats Avery opted for meant that it wasn’t difficult to return to Room One for what should have been the night’s highlight, Bicep. With a packed out room, Bicep had the opportunity to rip apart Warehouse Project.

At first it seemed like they would, playing ‘Just’ early on, playfully extending the overlapping of the intro’s pounding bass into the analogue twists and shakes of the chorus. However, after ‘Just’ the set tailed off into pretty generic pounding house beats for way too long. It partially recovered later on, with a ferocious remix of First Choice’s ‘Let No Man Put Asunder’. The track restored much of the rapturous energy of the set’s beginning, but by that point a sizeable amount of restless people had wandered off into Room Two and not returned.

It was Madchester descendent and techno producer Andrew Weatherall who had the delicate task of covering Room Two during the majority of Bicep’s set. He excelled in the position, knitting together an immersive blanket of upbeat funky house rhythms, cross threaded through with creeping sizzling techno. It was the one time during the night where the crowd seem drawn into an all-consuming trance and a belated precursor of what the rest of this expansive night could have been.