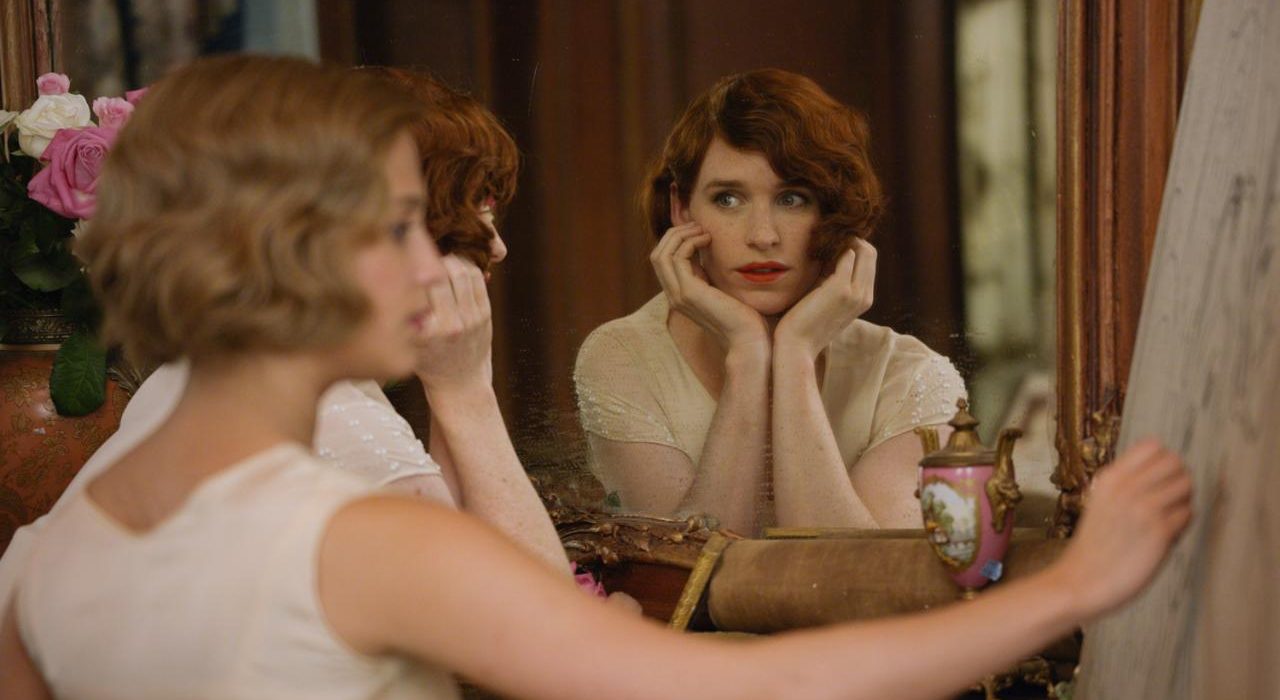 In the past year we’ve seen transgender issues feature prevalently in the news (Caitlyn Jenner’s Vanity Fair cover, just to name the most obvious), and The Danish Girl marks a more serious focus on one of the early pioneers of gender reassignment surgery, Lili Elbe.

We meet Einar (Eddie Redmayne) and Gerda Wegener (Alicia Vikander) living as husband and wife in a rather symbolically bare, grey apartment in Copenhagen. It’s his wife, Gerda, who in the film is seen to almost spark Einar’s desire to explore his inner femininity, when he willingly accepts her request to fill in as a life model in a portrait of a dancer. The ensuing scene showing Einar learning how to properly put on a pair of stockings and ballet shoes is acted gracefully by Redmayne, with the focus on his spectrum of facial expressions, and hands tracing the outline of the dancer’s dress, drawing you into the complexity of the character’s emotions.

A large part of the film from here focuses on the pair developing the character of ‘Lili’—finding her the right wig, makeup and clothes, and taking her out to various social events under the disguise of her being Einar’s cousin.

Gerda is portrayed through Vikander’s performance as a dominant, sexually-adventurous spouse who seems quite turned on by her husband’s desire to be Lili more and more, and charts her progression from accepting to helping Einar become who he believes he truly is. She goes on to paint a series of provocative (and sometimes nude) portraits of Lili, which sees her success as an artist climb, and the pair consequently move to the city of grace and femininity itself, 1920s Paris. It was testament to director Tom Hooper’s focus on imagery that the couple’s matrimonial home went from the dark, empty Copenhagen apartment, to a vibrant and open Parisian dwelling, where Lili lives more freely.

The experiences of both characters coming to terms with the fact that Lili is here to say is what presumably has set Vikander and Redmayne up with notability and nominations. Redmayne manages to tackle Einar’s struggle with embracing femininity in a controlled and soft manner. Particularly noteworthy is the scene seeing Einar strip down naked in front of a mirror, as he comes to terms with who he really is and what he thus needs to change of his appearance. Redmayne’s performance focused on Lili’s development of ‘feminine’ body language, with a lot of coy smiles, face-framing and hand-twisting. And whilst I think he tackled an obviously difficult role in a gracious manner, I found the incessant focus on Lili’s smile (etc.) a tad overdone.

One of the most poignant moments in the film is where the couple begins talks with an innovative surgeon on undergoing what was then experimental sex reassignment surgery. “I believe I am a woman,” Lili proclaims to the doctor. “I believe it too,” Gerda supports.

This begins to highlight the importance of Gerda in Lili’s transitioning, making Vikander’s role highly significant and in my view, more resonating than that of Redmayne’s.

Overall, The Danish Girl isn’t a film I’ll necessarily be eager to watch again (but then again no films where I can’t really connect with the characters will top my ‘must re-watch’ list)… Nonetheless, the acting and cinematography is beautiful; however, the film probably doesn’t do justice in its drama of the soul-searching to the struggles that I’m sure the real Gerda and Lili faced.