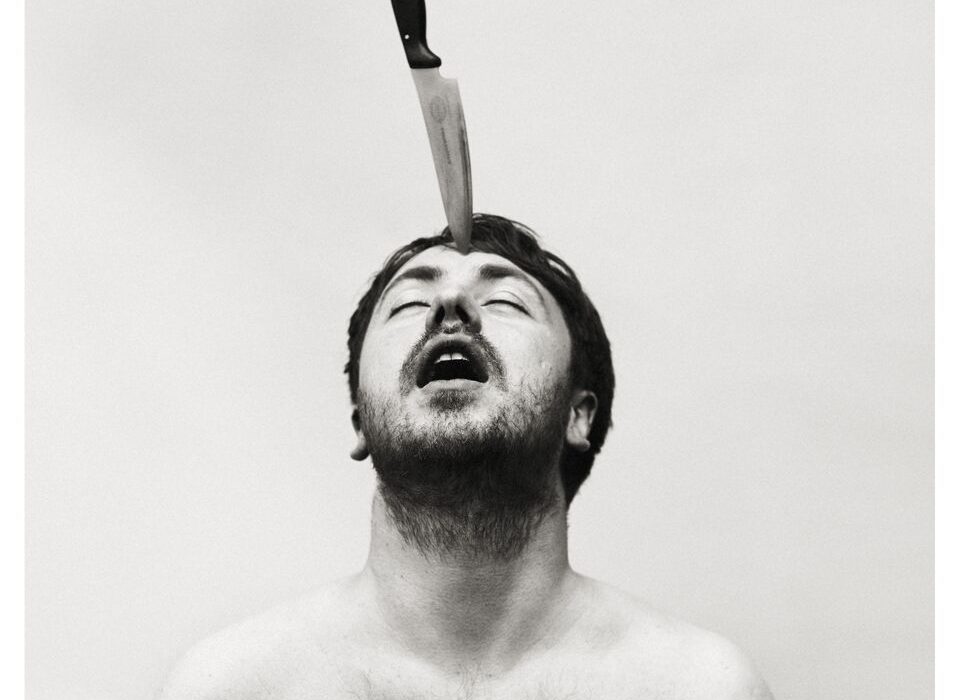 With their second album, MONEY move above and beyond the lazy comparisons that get thrown at every Manchester band, creating a singular work of great depth and power. It is understandable to approach the album with some trepidation—the title and cover potentially making new listeners expect a morose and maudlin album. Suicide Songs is neither of these things; however, the spectre of death undeniably hangs over the album (just as it does in the artwork, and over all of us…), but the album acts more as an exploration of how thoughts of death impact our lives and the ways in which we try to carry on nonetheless. “I know that some of us need to turn the light into dark” vocalist Jamie Lee comfortingly sings on the title track. A beautifully sparse number, Lee backed only by guitar and sweet horns.

Throughout the album, Lee’s poetic lyrics seem in perfect balance with the more varied accompaniment given by bandmates Charlie Cocksedge and Will Byron. Acoustic guitar was little used on their debut, but here it acts as the lead instrument on several songs. The heartfelt atmosphere it brings fitting the subject matter. The Indian Dilruba finds its place, too, matching the detached spiritual restlessness of the opening songs: “I’m not trying to say that I want to be God, I just don’t want to be human”. The arrangements rise and fall along with the vocals on the intoxicating eight minute sprawl of ‘Night Came’,;Lee continuously shifting from a heavenly falsetto to a guttural snarl, and back again.

The band have stated in interviews that there are few moments of redemption on the album, but vitally, there are some. The delicate title track acts as a turning point that gives way to a more hopeful second half. “When I was a child I made a deal against the sun, that if it died out I would carry on” Lee defiantly sings on lead single ‘I’ll Be The Night’, rousingly backed by pounding drums and strings. This is followed by the cathartic rush of ‘All My Life’, the grand and emphatic lyrics (“Hold me close and don’t ever let me go”) being propelled by soulful backing vocals and strings that seem to rise endlessly before collapsing into an atmospheric outro.

Sparsity is once again brilliantly used on the closing track, ‘A Cocaine Christmas And An Alcoholic’s New Year’. This hungover horns and piano ballad describes the vices mentioned in the title as wastes of time, Lee now declaring himself “as happy as a child, because you don’t have to ask me why”.

“I’m tired of things that just aren’t real, in a hopeless world” goes one line. With Suicide Songs, MONEY have crafted the perfect antidote to this. This is an album that makes clichés like transcendental and life affirming actually make sense, rightfully exploring the darkness in the human experience to then find authentic hope and beauty.