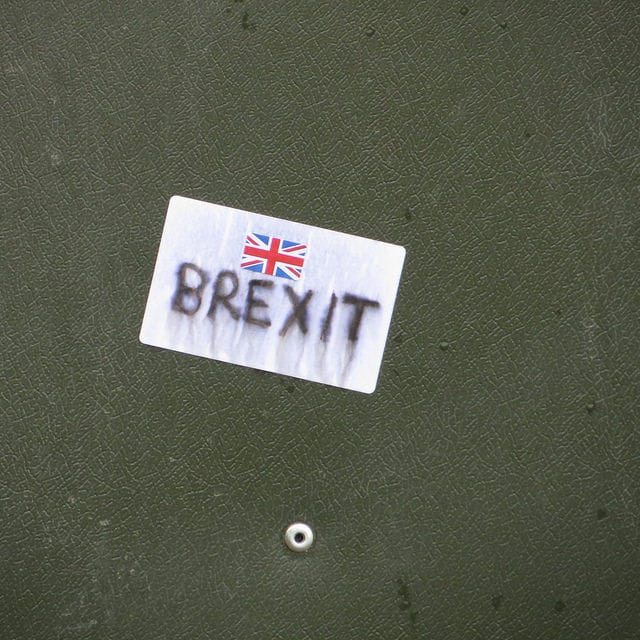 The left-wing case for leaving the EU

I’d like to start this article by saying that I am not an avid campaigner for Brexit. I’ve had many discussions on the benefits of staying in the European Union, and have considered them carefully whilst also trying to increase my research on Britain’s membership to the EU. It was at a debate last week at Manchester Metropolitan University (MMU), however, that the case for Britain to leave the EU became clearer to me, but also why left-wing people should consider voting to leave, too.

That is not to say I don’t have reservations about leaving the EU. Studies by think tanks such as Open Europe have suggested that by 2030, Brexit could mean that Britain loses 2.2 per cent of its GDP. The Week makes reference to this study, but my reservations are countered. The same study suggests that if Britain leaves the EU but negotiates a free trade deal with Europe, our GDP could rise by 1.6 per cent. This study is characteristic of the EU campaign as a whole, one side trying their best to scaremonger, with the other side saying the opposite.

Steven Woolfe MEP argued last week at the MMU debate that the EU is rather like a Motorola phone—its served its purpose but is now a rather outdated model. It’s worth thinking, therefore, that David Cameron’s renegotiations, which were outlined recently, are most likely not going to be enough to remedy and improve this outdated system. The ‘red card’ process for our parliament to be able to block EU laws would not necessarily give us more sovereignty and control because we would still be reliant on other member states voting against the law and gaining a majority. Small businesses both in Britain and in countries heavily affected by the migrant and refugee crises, struggle with having to comply to EU law and European contracts.

In light of the proposals, Luke Dyks, Manchester Conservative Future Chairman, has said:
“This week we have seen the elected Prime Minister being reduced to grovelling to an unelected figure to get some minor changes to EU law. It is a disgrace to see that a proud sovereign state has been reduced to a region in a union controlled by an unelected monolith. The referendum must be fundamentally about how much say British people have on their own laws. At the moment we have next to none.”

Interestingly, Steven Woolfe made reference to a proposal that was being discussed last week in Brussels. He said that the only reason a decision about VAT on food did not get passed was because of the political ramifications it would have. It concerns me that decisions could be made on domestic issues affecting us that we have no say and influence over.

Daniel Hannan raises an important point about referendums in that they mostly go in favour of the status quo, and that is my worry about the EU vote. This is despite a recent poll in Iceland, Norway and Sweden, which showed that all three nations preferred their deal in terms of trade with European countries than ours as a member of the EU. I would put money on people voting to stay in the EU because it seems like the ‘safe’ option, and Europhiles have a tendency to latch on to the fear of change.
This change, however, is relevant to both the Left and Right. What is most perplexing is that parties such as the SNP and Plaid Cymru are in favour of a more devolved power, yet support membership of the EU. They would remain a member of an institution that they have much less influence in than our parliament.

One of the arguments that John King makes in The New Statesman is that left-wing people should vote to leave the EU because it would save roughly £10 billion a year, and that could be pumped back into public services in Britain, benefitting those who pay taxes in our country.

I would argue, however, that a key reason for the left to vote to leave is the way the EU is bound to corporations, and notably the Transatlantic Trade and Investment Partnership (TTIP). In short, this agreement reduces regulations for big businesses in the EU and United States to trade with each other. As John Hilary, quoted in The Independent argues, it is “An assault on European and US societies by transnational corporations.”

Irrespective of the secrecy around the agreement and the lack of democracy in its process of coming about, this should concern left leaning individuals for a number of reasons. Most notably that it exposes our services, such as the NHS, to be opened up to US companies, which Lee Williams argues that it could risk privatisation of the NHS.

Crucial to this argument is to do with TTIP and banking regulations. Considering the extent to which bankers have been vilified by the left in recent years, I think they would be concerned about how the agreement could loosen banking regulations on US banks that were implemented after the financial crisis. In his article, Lee Williams gives further examples regarding jobs, privacy, and food and environmental safety as further reasons why TTIP goes against left-wing values.

It is clear, therefore, that despite Cameron’s renegotiations we will still have little influence over decisions made in the EU that affect us. Importantly, we can continue to make strong trade links both within and outside Europe, such as in Australia and emerging economies in the Commonwealth. Given the strength of our economy in a global context, in Daniel Hannan’s satiric words, “I think we might just about scrape by”.