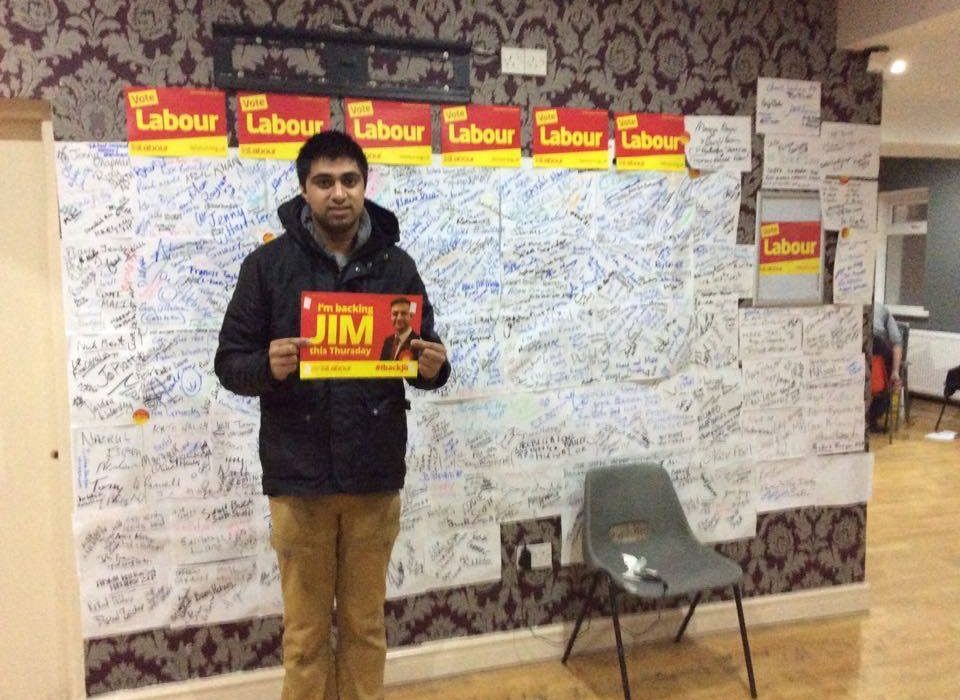 Manchester Labour Students co-chair Mo Ahmed, the only BAME Labour Students club chair in the country, has resigned from his position during the Labour Party youth conference in Scarborough.

In a statement on Facebook, Ahmed claimed that his resignation was the result of his being accused by “several people of having leaked images from a private chat that I was a member of during the North West Young Labour Elections, and subsequently during the NEC [National Executive Committee] Youth Rep[resentative] campaign.”

He stated that the alleged images “contained negative content that targeted one of the NEC Rep candidates… such images were given to the Morning Star, which published an article about her.”

Ahmed “strenuously denied” having leaked the images, stating: “There were just 8 people involved in the chat, and I was the apparent culprit who did it.”

He went on to claim that the “conference was not a safe space”, and cited his long history of depression as further reasons for his sudden resignation.

“I ran as far away from conference as I could and spent the next few hours of conference shaking and crying on a hill. Alone, feeling lonely, frightened, and afraid and pathetic, and weak because of my mental reaction.”

Ahmed railed against what he called the “institutional racism of the worst kind” within Labour Students, as well as youth politics more generally.

He cited a vote held by Labour Students whilst BAME members of the party were holding a caucus “outside of the conference hall.”

Ahmed lambasted the treatment of BAME students within the youth wings of the Labour Party, alleging: “We don’t feel welcome. We are totally invisible.”

Ahmed has become increasingly marginalised since the election of Jeremy Corbyn as leader of the party on a national level, adding: “Given how I have been treated this weekend, I will refuse to attend any further Labour Student events, and will steer clear of Young Labour as much as possible”.

He thanked his co-chair, Ally Routledge, and the committee of Manchester Labour Students “for doing a fantastic job”.

He ended his statement: “Youth politics destroyed my mental health.”

Ahmed returned to the conference on Sunday to deliver a speech alongside Huda Elmi on the treatment of the BAME Young Labour members.

Elmi opened the speech denouncing the weekend as “one of the most difficult experiences for myself and other BAME members” and claiming the Labour party has “failed” ethnic minority members.

The institution of Young Labour was criticized by Elmi for having a “toxic culture of tokenism” with all the chairs and returning officers being white and Young Labour not having a BAME officer.

Elmi introduced Ahmed to the stage describing him as “one of the most dedicated and outspoken BAME members who has been vital to the success of our movement”, highlighting that “something is wrong with the system” when this member “felt victimized to the point where he needed to exclude himself from the event and resign from Young Labour”.

Ahmed declared to members at the conference: “I am BAME and I also suffer from severe depression. I have been brave enough to speak about this publicly but for many people that hasn’t mattered”.

Continuing, he described “being appalled by the fact that labour students’ seemed to have forgotten that [BAME members] existed and decided to proceed with the conference agenda without us, until our Labour Students BAME officer stopped them”.

Ahmed admitted feeling like “the Labour Party takes us for granted” and questioned why “if the Labour Party relies so heavily on the votes of my community, why are we being treated in this way?”

In a further Facebook update, after delivering his speech, Ahmed announced his decision to “remain involved in Labour Students and Young Labour” as he believed he owes “it to [his] community to champion their rights”.

In the same post he declared that the events at the conference “will be a catalyst for change. We will change our youth movement”.