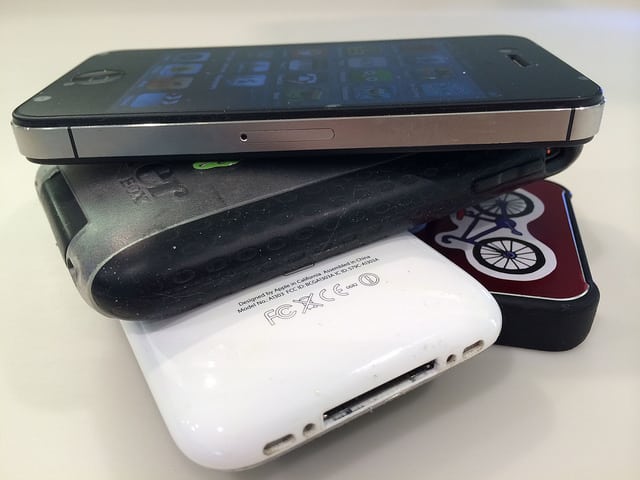 Tech companies being at loggerheads with government seems to be a recurring theme of the last year or so. However, this time it is not for the usual tax issues, it is down to Apple’s refusal to break into the phone belonging to one of the San Bernardino shooters, Syed Farook. Apple’s, and more generally, the technology sector’s reticence to be complicit in law enforcement’s intrusion of our privacy should be commended.

Firstly, however, some background: since September 2014 and the iOS 8 update, Apple has been uncooperative with law enforcement agencies because an iPhone’s data is encrypted and even Apple cannot decrypt it. This whole fiasco is happening whilst the government is trying to garner support for its Draft Investigatory Powers Bill (more commonly known as ‘The Snoopers’ Charter’) and the whole FBI vs. Apple debacle could have a direct impact on what the Home Secretary wants the power to be able to do. This is because if the FBI is successful, then Apple will be at a considerable disadvantage if it tries to fight against the Snoopers’ Charter; it cannot say that it does not have the means to encrypt the devices if it has already done it in the US. What the FBI is calling for is worrying for two further reasons: once a back door has been created, then who is to say it will not be used maliciously, and if Apple were to submit to the FBI’s demands they would set a legal precedent which could be abused.

With the development of a back door it would only be a matter of time before this back-door is forced open by hackers whether doing so for financial or political gain. The notion that Apple could make a one-off piece of software that could be used on Farook’s iPhone and then never used again is laughable. Once there are people who know how to break through an iPhone’s encryption it is extremely disconcerting because it takes hackers one step closer to having access to any one of the 700 million iPhones which have been sold. Indeed, Senator Ron Wyden wrote on Medium that “security experts have shown again and again that weakening encryption will make it easier for foreign hackers, criminals and spies to break into Americans’ bank accounts, health records and phones, without preventing terrorists from ‘going dark’.” This is not only a threat to Americans but to all iPhone users around the world.

Secondly, the somewhat more worrying thing is the legal precedent that will be set. Whilst the FBI can argue that it only applies to this particular iPhone 5C, it opens a door to the possibility that it could be used in the future to give law enforcement agencies the power to compel technology companies to not only dencrypt devices but create a way to do such a thing. I am not usually the sort to subscribe to the idea that something like this could ‘open the floodgates’ but there is a great possibility that it would. If Apple can be compelled for terrorism, who is to say it cannot be compelled in the future to decrypt a device in order to catch a murderer or a rapist and then you start on a downwards trajectory which could only lead to encryption being essentially pointless because law enforcement would have a wide ranging power to break it. Indeed, the Wall Street Journal have uncovered that the US Department of Justice are seeking court orders to extract data from 12 other iPhones. This just goes to show that it will not be one case, it will be the start of many.

I see some merit in the arguments for Apple creating a back door the FBI access to Farook’s iPhone. In situations involving terrorism, the privacy of a suspected terrorist is something that people rarely give thought to. After all, if the access to their smartphone will prevent another terrorist attack then surely law enforcement agencies should be able to do everything in their power to have this access. However, I submit that this is not the greatest concern. As already discussed above the legal precedent would be set, which could be diluted down until law enforcement, and by association the state, has easy access to your personal data. There is, however, definitely no merit to be found in the cynical claim that Apple is merely using this as a marketing stunt.

You may be wondering why all of this should be of concern to you; it is not like you have anything that the police would want on your phone. You are not a terrorist, murderer, or rapist. However, it is worrying when you consider the implications of such software being in the wrong hands. Personally, me and my iPhone are virtually inseparable. The amount of personal data I have stored on there is crazy to think of: my transaction details in Apple Pay, my bank account détails, and all of my passwords are saved on it. However, as I start to think deeper I think of the more personal things I have stored on it such as pictures and messages. In the wrong hands, these could enable a criminal to attempt to blackmail me into handing over money to avoid my secrets being plastered over the internet. I am not being a worrier here; if the 2014 iCloud leaks of celebrity photos proved anything, it proved that our personal pictures can be extremely damaging to our reputation if placed in the wrong hands.

In this day and age where people post virtually every aspect of their life online, privacy should be something we all demand. I am not the sort of person who would advocate that you ‘go dark’ to get rid of the risk of this happening in the first place. The main issue is that the state should not be given the tools to have unfettered access to our iPhones. Our privacy should be protected.