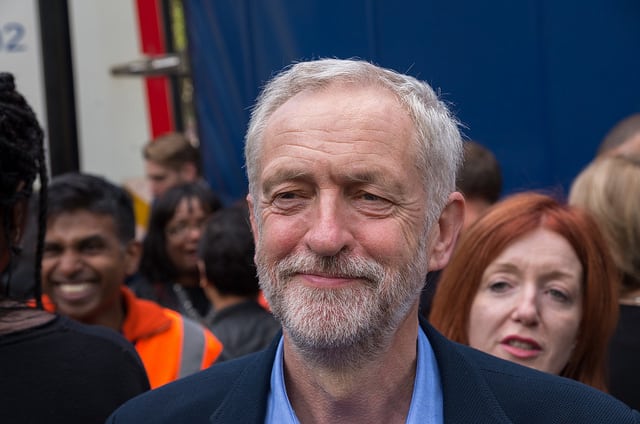 Oh what a wondrous day September the 12th, 2015 seemed. A rebirth of the left! A victory for democracy! A new dawn for Britain’s long-dormant political opposition! In fact, the day after Jeremy Corbyn’s election to the Labour leadership, I (and many thousands of others) went and signed up to be a member of the Labour Party.

Six months later, and it’s like we’ve been living through one never-ending car crash. A car crash that has utterly discredited the left and seemingly extinguished all serious opposition to Tory rule in England.
It would be easy to blame all of this on an admittedly highly biased right wing press that had it out for him from day one (which it did). But really, the blame lies with Corbyn, who has shown himself to be one of the most hopelessly incompetent leaders of any political party in recent history. Which in retrospect, we all should have expected (indeed, many did), from a man who had never led anything larger than the Harringey Planning Committee. And I say this not as a Tory or a Blairite, but as someone firmly on the left, who despises austerity and still believes in many of the policies that Jeremy Corbyn advocates.

It started virtually on day one, with the Shadow Cabinet reshuffle. A commendable overall gender balance, but a deeply disappointing presence of women in the top roles. Were there simply not enough women who were competent to do these jobs? Well, John McDonnell is clearly so competent to be Shadow Chancellor that he signs petitions calling for the abolition of MI5, and then uses “I didn’t read it” as a defence. Yes, let’s trust him with being in charge of economic policy.

Next came the U-turn on the fiscal charter—George Osborne’s rule committing the government to running a budget surplus by 2018. Ignoring the advice of both left wing and right wing economists (and indeed, anyone with any education in economics whatsoever), Corbyn decided to support it—before ultimately seeing sense and dropping it, willingly jumping into a trap that succeeded in its desired goal of making the Labour leadership look like a bunch of clowns.

After this, there came a brief respite, with the victory over tax credits. We hoped this might be a turning point, and now Labour would get it’s act together.

It was not to last, for along came the Paris attacks. It doesn’t matter how much of a pacifist you are, no sane human being goes on television the day after a terrorist attack and says they aren’t prepared to use lethal force against terrorists. This totally moronic act has succeeded in convincing the entire British public—with good reason—that this man, and by association, the left as a whole, can’t be trusted with our security.

A few weeks later, there was the unmitigated disaster that was the free vote on Syria. Instead of granting the free vote everyone knew he would have to give, he dithered over it for weeks, going behind his colleagues’ backs and sowing mistrust and discord in his own ranks. He thus turned a story that should have been about the fate of millions of Syrians into a story about his own failure to lead.

The New Year was opened with another new crisis. Corbyn’s team spent weeks spreading rumours about a supposed upcoming ‘revenge reshuffle’ in which he would conduct a Maoist purge of Shadow Cabinet Opposition. He even began this reshuffle the same day as launching his campaign for a renationalised railway, thus utterly eclipsing what should have been a very popular policy announcement. Oh, and then he completely bottled the reshuffle. Fantastic.

Not long after, Corbyn decided he wanted to impose a power-sharing agreement on the Falkland Islands with Argentina. What better way to draw attention to all the harm being done by the Tory government than to distract everyone with a ridiculous foreign policy announcement that no one in this country even agrees with. It’s insulting to everyone who died in the Falklands War. What’s more, it’s a reflection of his overarching worldview—one that is sadly echoed in many other left-wing parties and organisations—which can be summed up as ‘it’s nobody’s fault but ours’. It’s what leads him to naively suggest that we can ‘negotiate’ with ISIS, or that Putin would be kinder to us if we simply held more dialogue with him. Again, this was another thing we should have expected from his history. We were, to our shame, willing to forgive and perhaps even overlook some of his past associations (such as referring to Hamas as his ‘friends’) when we gave him our support for the leadership. Although in fairness, they were no worse than the ones David Cameron makes on a daily basis—like when he bowed down to homosexual-executing Saudi royals, or dined out with the leaders of the arms trade and Rupert Murdoch.

However, perhaps his greatest personal shortcoming is exposed in the weekly public humiliation that is Prime Minister’s Questions (PMQs). Or as it’s now better known, ‘Everyone Rips Labour Leader For 30 Minutes’. Reading out messages from the public was a nice idea at first, but after a while, you start to feel that he’s deferring his own responsibility to ask questions and confront the Prime Minister, for Corbyn is actually totally averse to dealing with confrontation. It’s one of the reasons tensions within his party go unresolved for so long. This is a fatal characteristic for anyone hoping to lead anything.

Oh, and there have now been two PMQs that coincided with the Junior Doctors’ strikes. And he couldn’t bring himself to bring it up at either one. A total betrayal.

The polling is dire. Really dire. There are elections in May. If Labour fail to make any gains or even stay in the same place, it means they have done worse than Ed Miliband—a man who lost. Badly. Given that the Tories are imploding over Europe, and voters are meant to be repelled by divided parties, any result for Labour other than overwhelming success will essentially be a total failure.

If Corbyn is even half the decent and principled man that I still believe he is deep down, he will not attempt to use Sadiq Khan’s victory in London as a defence, and will (presumably after the referendum) accept that he has failed and step down. If he isn’t, then we best hope that his MPs are brave enough to depose him and that the new members aren’t stupid enough to defend him.

Time is short. Labour, the left, the centre, the voters, the millions of people suffering at the hands of a vicious Tory Government—England deserve better than this. They deserve a real Opposition, one that stands a chance of one day replacing the current government. Corbyn is not remotely up to the job of leading this, and everyone in Labour (including him) needs to wake up to this fact soon and do something about it. If we don’t, we are in effect surrendering the country to the Tories for years to come.

And yes, in case you can’t tell, I’m very disillusioned.